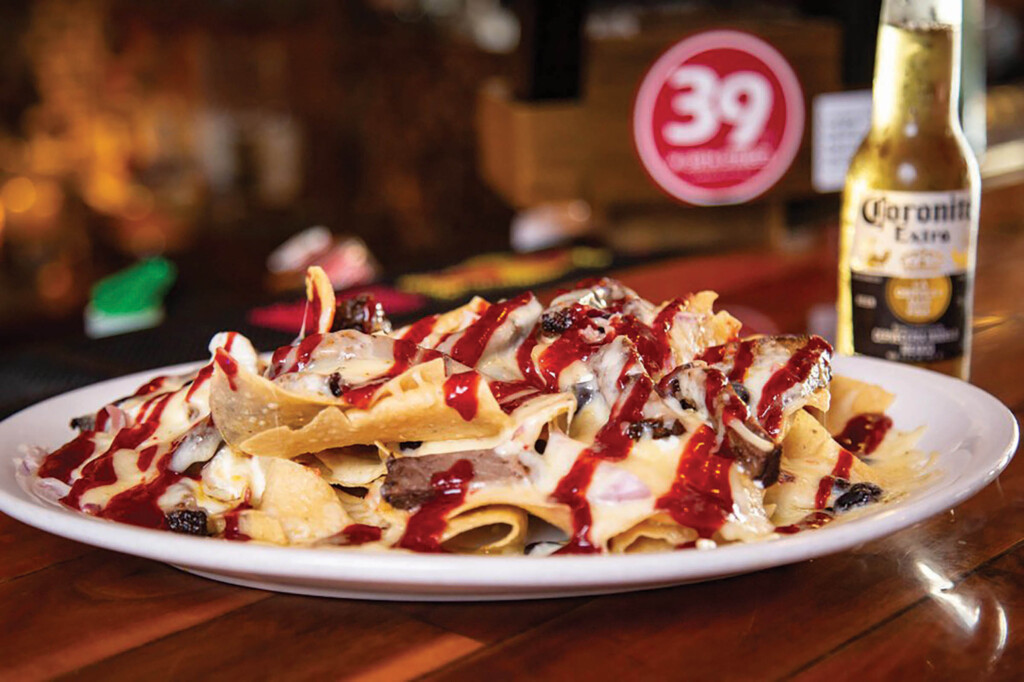 Recently renovated to expand to quadruple its original size, the 39th street staple D.W. is no longer the dimly lit dive spot you might remember. The energy and personality flourish the same in its new arrangement, which cannibalizes the space originally occupied by MO Brew.

While a host of traditional Mexican dishes and playful, experimental new creations line the menu—which now includes a few American bar staples like a burger with its own spicy bend—it’s hard to recommend anything stronger for a first-timer than one of the bar’s noteworthy nacho plates. Or piles? More accurately, just a mountain of food.

The Drunken Worm Nacho ($15) as the signature dish takes the traditional chip and pepper jack cheese foundation and layers a cream cheese blend, black beans, a handful of jalapeños, and red onions. That cream blend at the top is brought to fabulous fruition with a drizzle of raspberry puree, giving it that pleasant pop. Steak or chicken is a great addition, but real ones will go for pork.

The portions on this are already more than enough for two or perfect to pick at for an entire afternoon alone while you drink in the atmosphere and shoot the shit with some of our favorite bartenders in the metro.