Duncan Hines gets dished and celebrated Sunday at Central Library 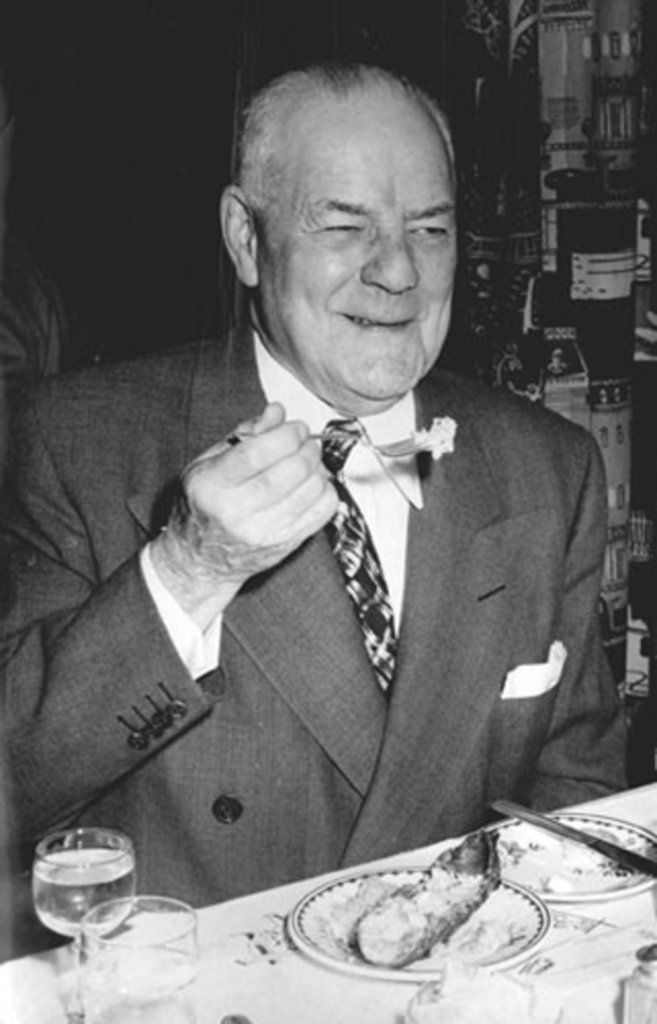 Duncan Hines, America’s first national food reviewer was – despite the boxed cake mixes bearing his name – less likely to ever bake a cake than to eat one…and write about it. Hines was probably America’s first official “foodie.” Hines, who was a traveling salesman for most of his career, had two obsessions: food and watches.

“He was obsessed with watches,” says Damon Talbott, the Sias Graduate Fellow at the Hall Center for the Humanities at the University of Kansas. Talbott, the author of Recommended by Duncan Hines: Automobility, Authority and American Gastronomy, will discuss the life and times of Hines (1880-1959) this Sunday, April 7, at a 2 p.m. lecture titled From Famous Critic to Faceless Brand at the Kansas City Central Library. Reservations are suggested by clicking here.

Talbott says Hines would wear as many as 24 watches on his body at any one time: “He’d have wristwatches starting at his wrist and all the way up to his elbow. He had a clock built into his attache case. He had a hanging watch pinned to his lapel. It’s an odd obsession, but Hines was a high-energy manic workaholic. He rose every morning promptly at 5 a.m.”

And then there was his thing for ice cream.