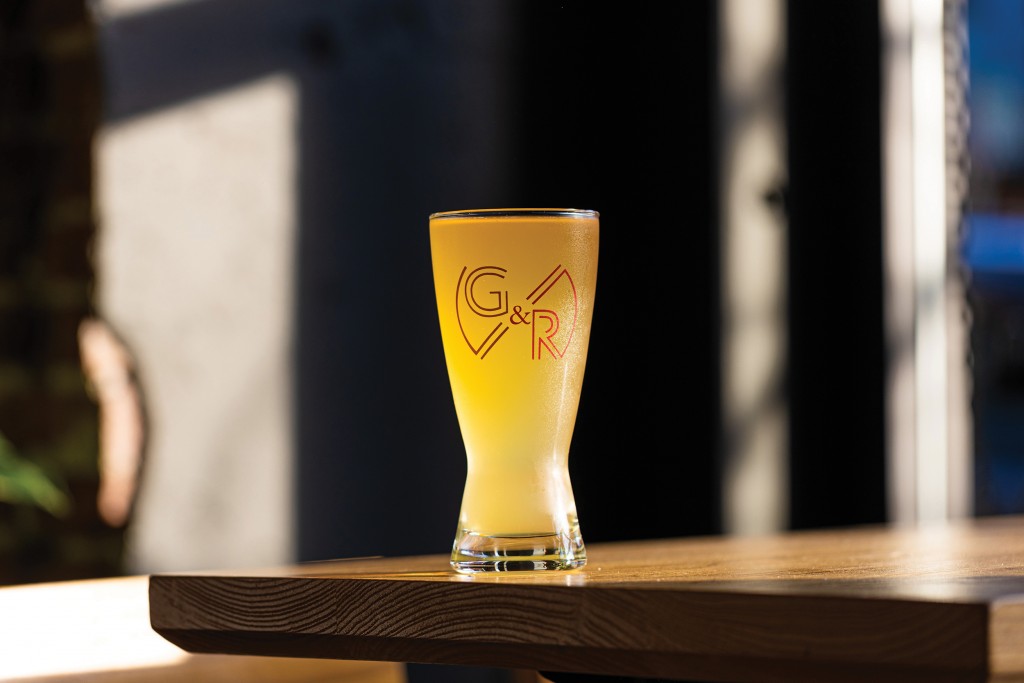 The cider at Cinder Block Brewery. // Photo by Zach Bauman

For as trendy as cideries and cider tasting rooms are along both the West and East Coasts, you might expect that the love for specialty and locally-made ciders would have trickled more quickly into Kansas City. We suddenly have ten thousand varieties of hard seltzer, so why not cider?

A few KC creators have been knocking this out of the park for years now.

Cinder Block Brewery has had enough success locally that it even calls its cider arm “Cider Block”—the logo for which you can see at their taproom in North Kansas City, or in dozens of restaurants around town.

The best of their ciders is one of their first: the French Cider. It’s made with a variety of apples that blend into a really clean-tasting, non-filling drink. It’s tart but not going to make your ears tingle, and it’s a little dry so wine drinkers and fans of sour beers should find plenty to like here. It mostly just tastes like quality—what you’d dream of in a cider.

The only problem: it’s not yet available in cans or bottles, so you can’t buy it in a liquor store. While we quietly pray that Cinder Block may one day get this stuff on a canning line, at least your favorite local restaurant probably carries it. Better yet, venture over to their taproom at 110 E 18th Ave. in North KC, where several other ciders and lots of beers await.