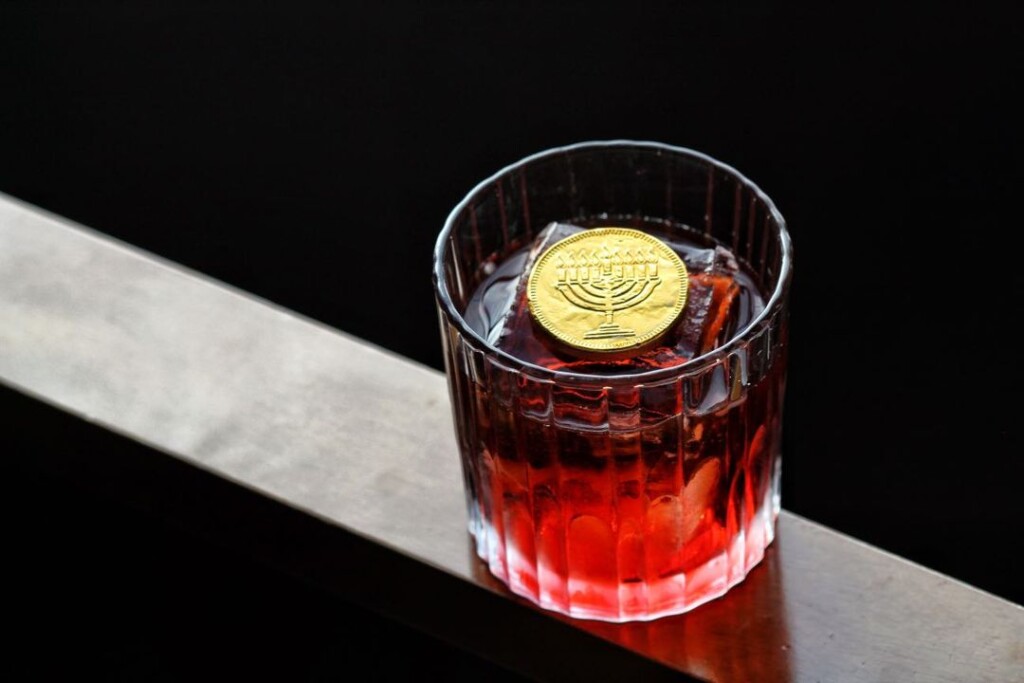 Gather your gelt, friends—Drastic Measures has entered the holiday pop-up arena. If you know anything about this Shawnee cocktail hotspot, you know they’re on the forefront of drink innovation and the front lines of fighting for social justice. That meant their holiday pop-up needed to do something a little different.

Jay Sanders, an owner of Drastic Measures, decided to continue his usage of the bar as an outspoken political vehicle to help combat antisemitism. For a short time this holiday season, Drastic Measures will become the Hanukkah-themed Drastic Mensches to do exactly that.

“I first saw a true Hanukkah pop-up during a trip to Boston,” Sanders says. “The Maccabee put together something really fun and unique, and it’s stuck with me ever since. I just never felt like I was in the right place to create something similar.”

Sanders says the growing uptick in antisemitic rhetoric—from the 2017 “Unite the Right” rally and its subsequent imitators to influential celebrities like Kyrie Irving and Ye amplifying anti-Jewish sentiment—spurred the Drastic Measures team to take action. They realized this was the perfect opportunity to make a difference with Drastic Mensches.

This Hanukkah pop-up will only operate from Dec. 19-31 (closed on Christmas Eve). There are no reservations and no tickets—just the “green light, red light” system used to indicate capacity. Drastic Mensches will have a unique menu featuring a dozen Hanukkah-themed cocktails. That said, it’s more than just a reskinning of the bar.

“We are doing everything we can to avoid leaning into tropes and appropriation with Drastic Mensches,” Sanders says. “We are consulting with people every step of the way to ensure we are celebrating the Festival of Lights in a fun and respectful way. This is sort of our last hurrah before we close the bar for a few weeks through mid-January, so we want to do it right and help support a good cause along the way.” Drastic Measures will close for a few weeks after New Year’s Eve to allow the team to travel and recharge.

In addition to the themed cocktails and Hanukkah décor, 50% of all sales made at Drastic Mensches will be donated to the Kansas City branch of Jewish Family Services, which provides food, home supplies, social support, and mental health resources for people in the Kansas City community, regardless of their religion or culture.

Drastic Measures has always shown a deft hand with its cocktail offerings, putting forward a great combo of twists on favorites along with some out-of-left-field offerings. “We’re still putting final touches on our Drastic Mensches menu,” Sanders says. “But we’ve got some really fun drinks to shake up for everyone.”

These drinks are subject to change, but here are some of the things Sanders hinted at for us that they were working on:

And that’s just the beginning. Drastic Mensches will light the menorah from Dec. 19-31 [but not the Dec. 24]. Bring your good friends, get some good cocktails and support a good cause. That’s how you Hanukkah.