Some neighbors are behaving less than neighborly. 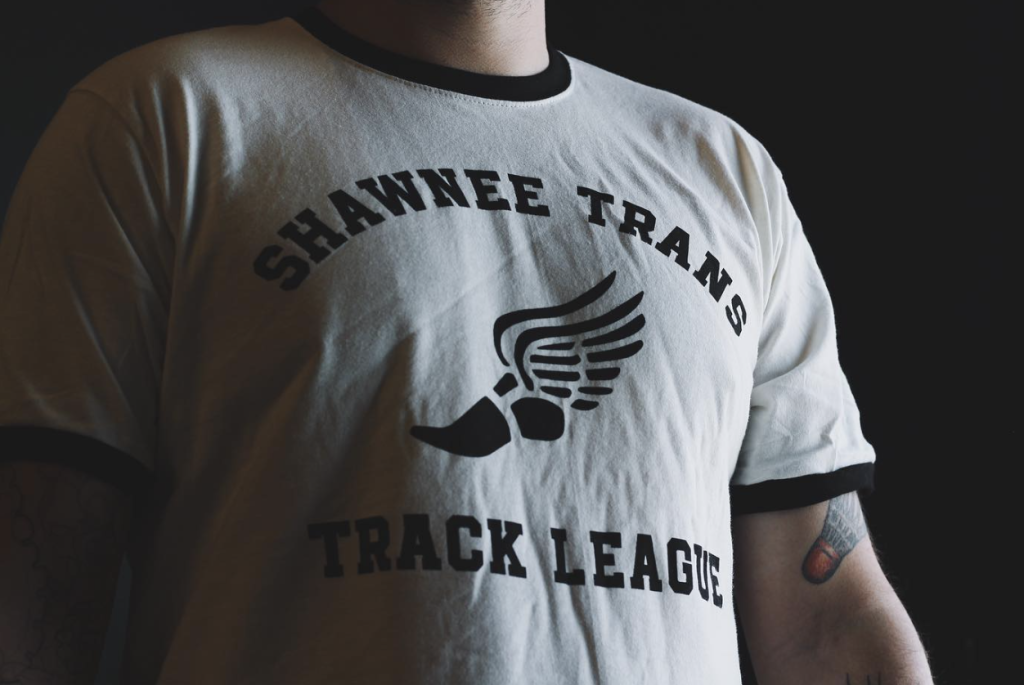 The city of Shawnee is certainly on a roll—and not in a good way. Earlier this year, the Shawnee City Council passed an ordinance banning co-living. Now, they’ve taken an unprovoked stance against transgender athletes competing in the same sports leagues as cisgender athletes.

“Their meeting a couple of weeks ago was especially egregious, so I couldn’t just shut the fuck up about this one. It wasn’t personal, but it was offensive,” says Sanders. “They basically said that Shawnee takes an official political stance that transgender people are not allowed to compete with anyone else and should form their own athletic leagues if they want to compete, which wasn’t even on the docket. Who knows why it even came up.”

Community means a lot to Sanders. He started the Shawnee libations destination with a group of owners and investors who were willing to be transparent about their stance on social and political issues and take a position on humanitarian debates.

“I just feel like when people come in the bar and give us their money, their money doesn’t stay here. It goes into our mortgages, our health care, and the pursuit of happiness in our lives. And so, I owe those people,” Sanders says. 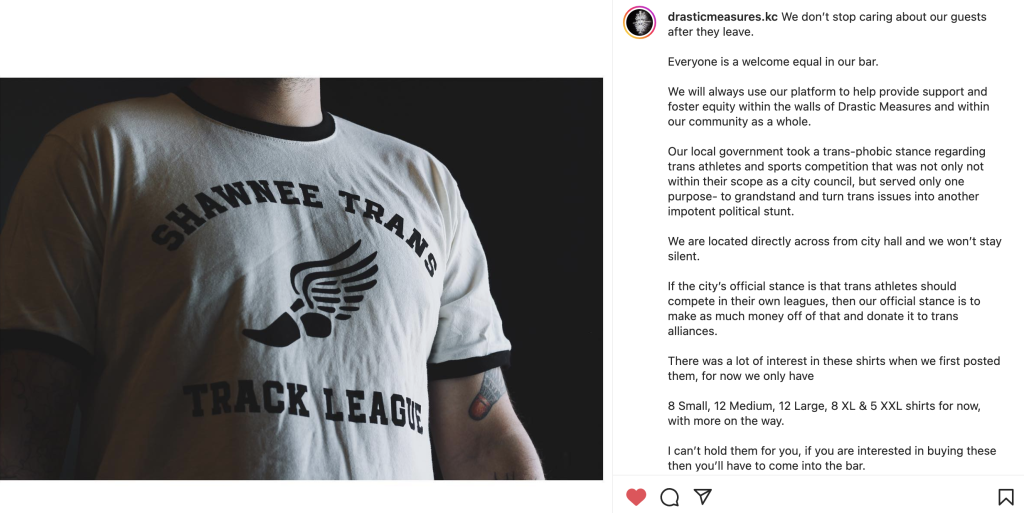 He keeps his patrons updated frequently through the Drastic Measures Instagram account. Their small, grassroots fundraising intends to funnel money toward local organizations proactively. The news from Shawnee City Hall prompted Sanders and his team to create a faux Shawnee Trans Track League T-shirt to mock the stance, with 100% of the proceeds going to the Trans Youth Equality Foundation. The shirts sold out immediately.

Sanders recalls an outdated social adage. “Like, don’t talk about religion or politics in a bar—which is cool, that’s good for stopping people from getting in fist-fights in your bar—but it’s terrible for signaling that your business is a safe space to talk about these important issues,” says Sanders.

Just this week, Drastic Measures announced that they intend to run a dedicated pop-up from Dec. 19-24 to support the Jewish community in Kansas City. Drastic Mensches will donate half of all drink sales to combat antisemitism.

“I don’t have a huge following, but I want to do something. I have staff and customers that identify however they want here. I’m supposed to take their money and not try and speak up for them? I want them to hang out in my space because they’re good people,” says Sanders. “We sell drinks, but I want to use capitalism to achieve social progress. And on our side, people seem to dig it. The people that dig it are really nice. The people that don’t can get fucked.”