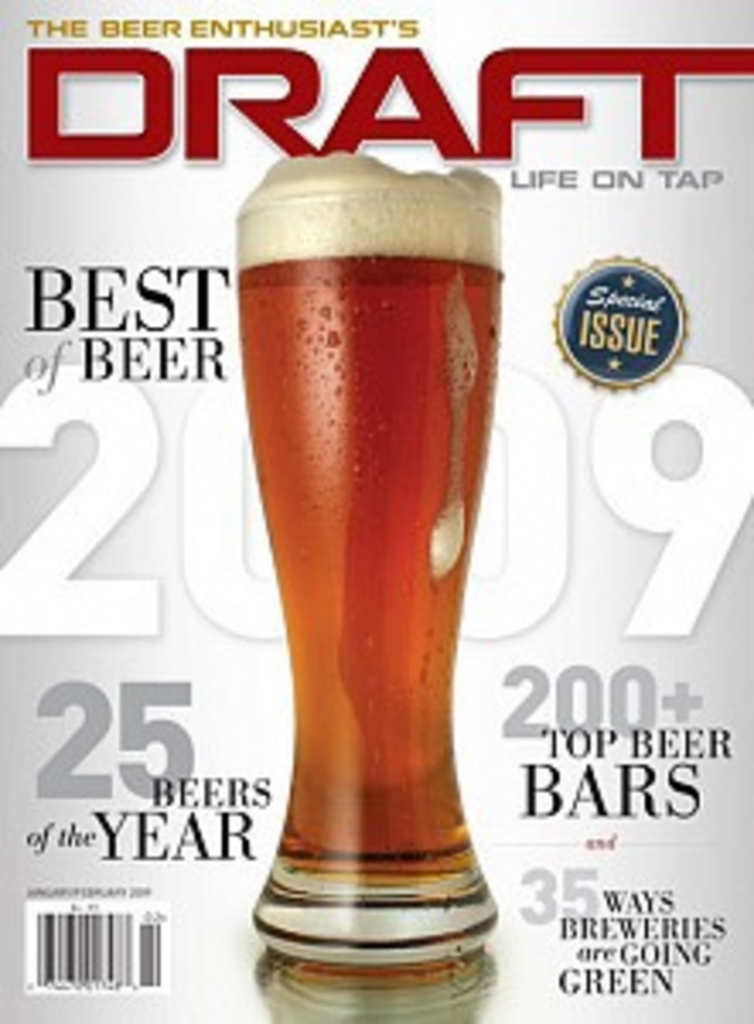 Last summer I tore into Draft, a trade magazine for professional and serious home brewers, because they chose Boulevard’s Zon as the best beer to go with Kansas City barbecue. A lot of good Boulevard beers go with barbecue but Zon is not one of them. It’s one of the weakest of the company’s seasonals.

Draft has done an infinitely better job in the current issue, which has a feature on the best bars in cities across the United States. Kansas City comes in with a whopping five, and I couldn’t disagree with any of them.

I’m particularly happy to see my current two favorite bars on the list. Harry’s Country Club has a well-deserved reputation for rare Irish whiskeys and liquors in general. What often gets overlooked is that it also has one of the best cheap beer lists in town. (Got to love Schlitz.) Draft is also impressed by its foreign selection. “Armed with a little knowledge, customers can … order by country and by style from nearly 200 selections: Croatia,

The Foundry also gets rave reviews for its global outlook. “A pint glass is your ticket to travel the globe at The Foundry where

Tusker, Spain by way of Estrella Galicia, or the Slovak Republic,

The other three bars listed are equally good in their own ways, even if they’re not truly bars. Blanc Burgers & Bottles gets a nod for its “fancy-pants burgers washed down with craft beers.” Just this week, owner Ernesto Peralta told me he sees Blanc as a restaurant first, bar second. I would categorize Grinder’s and The Dish Famous Stuffed Pizza the same way: great food with great drink selections but not real bar’s bar. (I agree with the point Jim Atkinson makes in his seminal bar guide, A View from Nowhere, that a true bar is a place where you feel comfortable sitting on a stool for an entire Saturday.)

But that’s nitpicking. All five choices have great beers and great atmosphere. It almost makes up for the Zon pick.