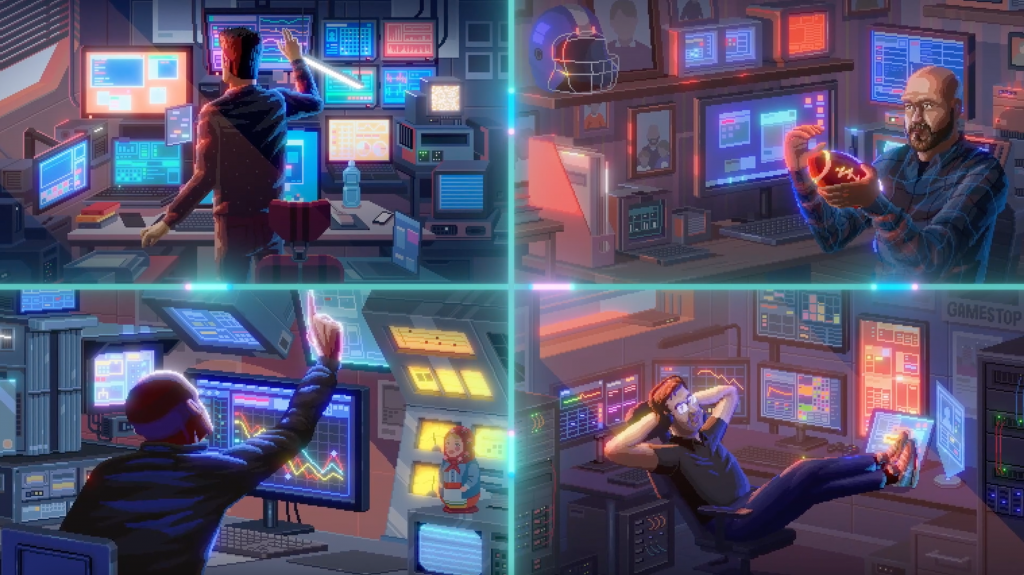 Stonks. Stonks and bonds. That’s the verbiage of a haunted part of American history—The Great GameStopping of 2021. A group of Redditors and internet trolls managed to lay waste to the basic rules of our financial systems, creating overnight millionaires and collapsing traditional hedge funds by an estimated $13 billion.

A new documentary tells the “David vs. Goliath” story of what can be accomplished when the internet decides to upend capitalism, as a goof.

GameStop: Rise of the Players traces the stories of the individuals who invested early in a Wall Street Bets subreddit’s odd scheme. In January of 2021, GameStop’s stock was at an all-time low, as the failing game retailer continued a decade-long trend towards inevitable bankruptcy.

By using online brokerage and trading apps, non-traditional finance novices managed to hijack the value of a publicly-traded company, prompting a revolution that terrified the powers that be. The more attention the volatile investment opportunity was given in the media, the more the tongue-in-cheek fiscal backing continued careening off the rails.

Soon, it became a political hot-button issue for both parties, and everyone from Congress to the President had to inject themselves into rectifying the situation. 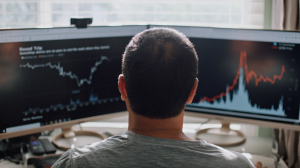 What makes this of particular interest, beyond the rags-to-riches story of some random Americans, was the gleeful revenge that motivated the effort in the first place.

If you’ve seen Adam McKay’s The Big Short, you know how a few dudes on Wall Street saw the 2008 financial collapse coming, and made billions from shorting the stock on mortgage-backed securities—essentially betting that the economy would fall apart, and then reaping the rewards of its failure.

Hedge funds had been shorting the stock on the inevitably doomed games retailer for years. When the wave of enthusiastic Redditors hyper-inflated GameStop’s value, it ruined entire firms.

Sticking it to Wall Street billionaires as a prank, while making money off their misery, is about as populist a stance one can imagine. Unless you’re one of the guys interviewed in this film who is still pretty goddamned angry about what was done to his bank account.

GameStop: Rise of the Players is a production from the same team behind the exceptional gaming documentary Console Wars. Based on Blake J. Harris’ book, that film followed the decades-long battle between Nintendo and Sega as they bitterly combated over who would hold supremacy in an entire medium.

While that doc had hundreds of people and an entire generation of stories to pull from, this new film is working with significantly less material. With a much narrower scope, and in trying to chronicle an event as it was happening, Rise of the Players arrives with mixed results.

What the film does best is also its biggest weakness, depending on your level of severe online poisoning.

As a worldwide event born from internet boards and memes, the filmmakers use the same language to tell the story of what happened in early 2021. Mixing interviews with the flashing online chaos of gifs and in-jokes is, theoretically, the best way to recount both the events and the spiritual energy of the movement.

In practice, the frenetic delivery winds up burning out the film’s pace. After the one-hour mark, it feels like a stroboscopic slog to reach the finish.

Making a film about the financial sector is obviously tricky to make entertaining. The Big Short had to put a fourth-wall-breaking Margot Robbie in a bathtub to keep viewers engaged. So making a movie about memes into a series of memes feels like the right approach.

But memes themselves are designed to convey ideas as quickly as possible. Drawing them out into a feature-length film feels unnecessary when you can sum up large chunks of it with the “money machine go brrr” image.

The turn here at the end is that Rise of the Players will become more important in the future. When the world of Reddit evolves or disappears, this documentary will serve as an excellent time capsule of a dumb moment in America.

If the revolution that r/WallStreetBets set out to foment ever gets its act together to make long-term changes to our financial system, Rise of the Players will be a good capture of that rebellion’s Lexington and Concord.

GameStop: Rise of the Players is directed by Jonah Tulis and produced by Blake J. Harris, Dan Braun, Josh Braun. In theaters now.