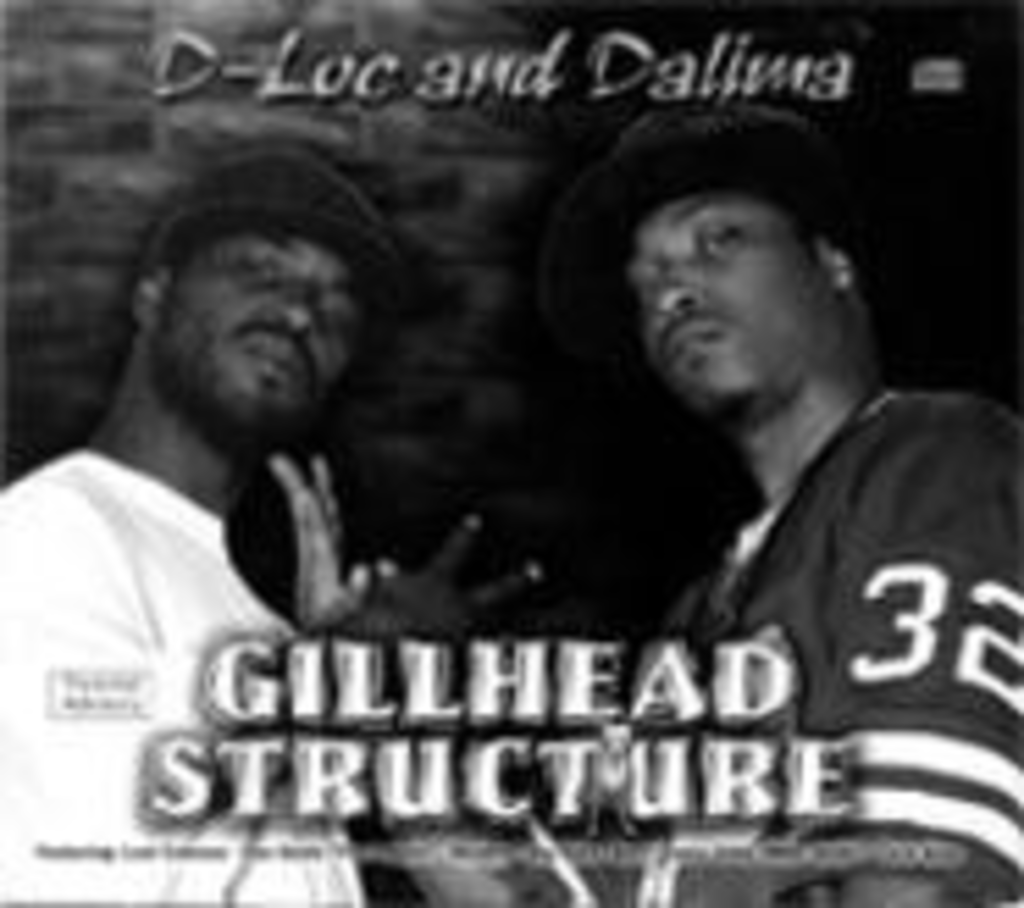 What, you ask, is a “Gillhead”? Well, it ain’t a fuckin’ fish. You may not figure out the answer listening to Gillhead Structure, so we’ll tell you. D-Loc, Dalima and crew represent Argentine, a ‘hood they like to refer to as Guillotine. A Gillhead, therefore, is a hardcore resident of that part of KCK — “Gilla” being the abbreviated form plus, as Dalima told this confused Pitch reviewer over the phone, a good alternative to the n-word that permeates rap music. Pretty clever, but the main thing is whether they have the blade-drop beats and razor-sharp rhymes to back it all up.

They do. Aided by fellow Gillheads Big Nate and Narcoda, along with guest MCs Shadow, Tech N9ne, the Popper, Severe and Luni Corleone, D-Loc and Dalima deliver a bangin’ set of party starters and odes to the game that comes on strong, hard and hypnotic. Following a half-baked Mike Smith comic-intro-monologue thing on rank pussy, the disc kicks off with D-Loc’s barbed, blistering flow and Top Story’s symphony-hall-meets-club production on “42 Gillas.” The pace mellows to a laid-back-handclaps groove on Luni Corleone’s “Hood Ways,” which manages to be both nostalgic and menacing, then kicks it up a notch with the Popper sitting in on the nimble and funky “That’s What I Do.” Sex, drunkenness and danger frame the rest of the album, riding atop rapid-fire drums and thunderous bass. At times, it veers close to the pop smarts of Outkast (particularly on the club-ready “Throw Ya Cups Up” and the totally nasty “One Time”) but without letting go of its hard cred, which, in a climate where many people are craving friendlier gangstas, could work to D and D’s disadvantage. But when even Tech N9ne’s familiar rahs (on “Bang”) actually sound fresh, it’s definitely time to follow the Gillheads’ advice and show a gangsta luv.