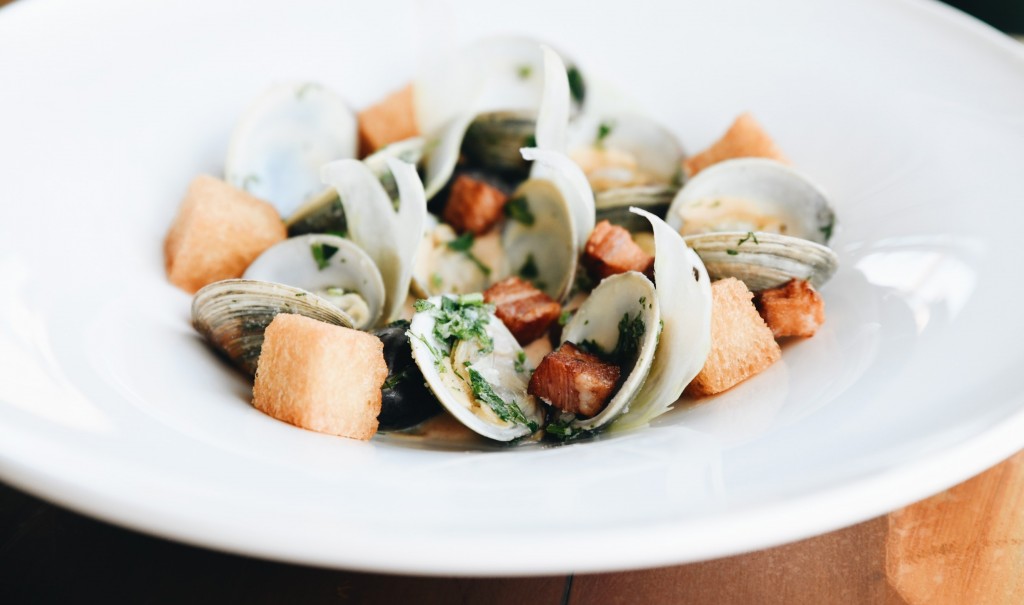 The past year has been—to be generous—a bumpy year for hospitality. Hotels have been among the hardest-hit businesses throughout the pandemic, and it was in this abysmal context that the years-in-the-making, brand-new 800-room Loews Convention Center hotel debuted in downtown Kansas City. It would, in a normal time, be a significant note in the life of Kansas City’s downtown. Like so many things, COVID turned that into a blip.

Slowly but surely, however, the hotel is coming to life. This Thursday marks the opening of the hotel’s centerpiece restaurant, the Stilwell. It is named after “the Stilwell Oyster Car,” a boxcar which delivered much sought-after live oysters to the Midwest from the Gulf Coast in the late 1800s (somebody dug pretty deep for that name—but kudos, it’s clever). The restaurant serves up classic American fare with local and Midwesterny touches: cheddar grits with pulled pork and shrimp,  pork belly glazed in a barbecue sauce made from bourbon from Tom’s Town Distillery, Farrar Farms fried chicken with truffle mac and cheese, Gulf Coast crab cakes, and yep, oysters. Other local food products that pop up on the menu include Ibis Bakery breads, Hemme Brothers cheese, Creekstone Farms beef, and Jack Stack barbecue sauce. 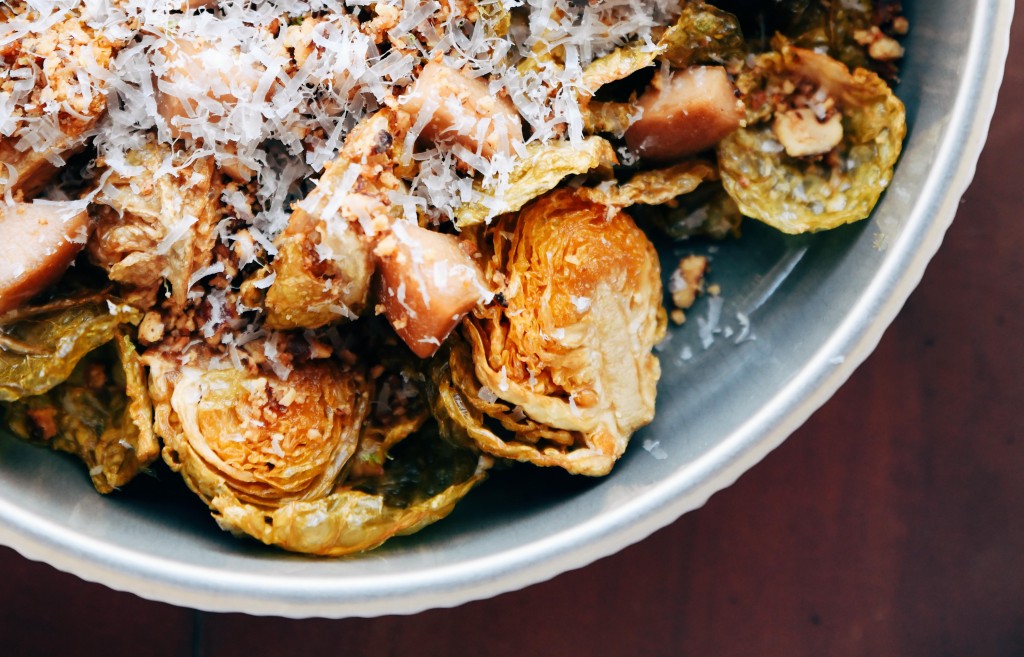 The menu was developed by chef Patrick LeBeau, who had a respectable stint at Chicago’s NoMI and as a chef consultant for Home Chef meal kits prior to coming to Kansas City to run the kitchen at the Stilwell.

Soon(ish) to come: a seasonal rooftop bar with enviable Crossroads/Downtown views, which will supplement the hotel’s main bar, Stilwell bar. For now, the Stilwell (restaurant) will be serving dinner from 5:30-9:30 p.m. Thursday through Saturday, with expanding availability to come when we get out of the shit. 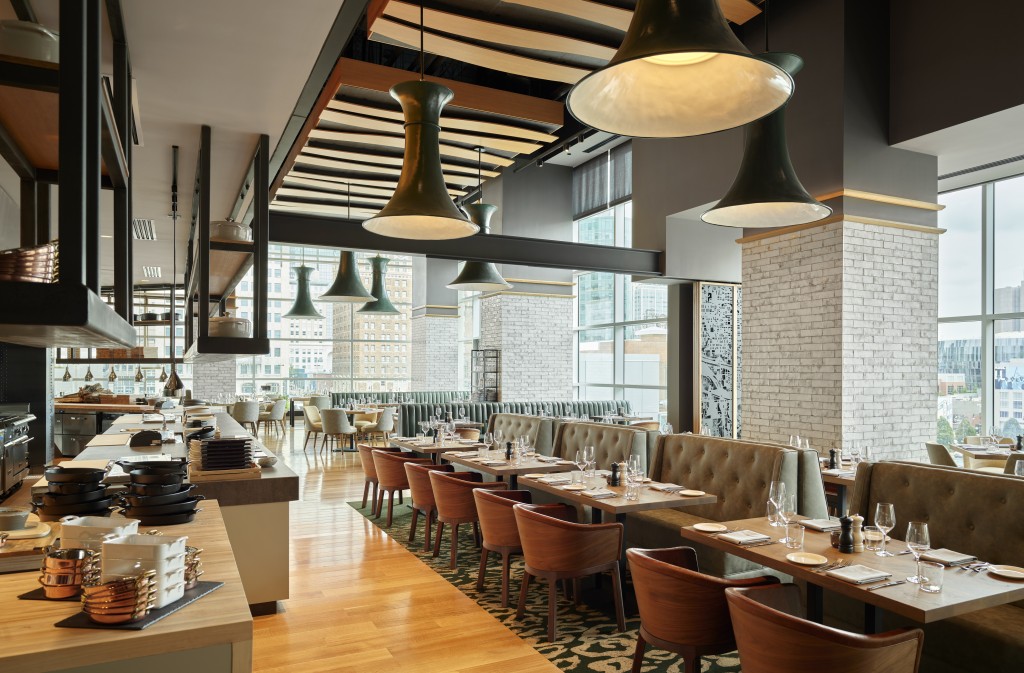 One of the great adaptations to COVID life in Kansas City last year was made by the team that runs the Overland Park Farmer’s Market. The traditional market area right at 79th and Marty in downtown Overland Park often makes for an uncomfortably crowded, stroller-packed situation even in years without a highly contagious virus added to the mix. So last summer in consideration of the need for people to socially distance, the market transitioned to a new area a few blocks south outside of the Matt Ross Community Center (8101 Marty Street). An initial drive-thru concept was awkward and short-lived (no knock for trying it), but what lasted was distanced open-air market that covered two generous parking lots. Vendors had room to set up their stalls with a solid 25-ish feet between them. 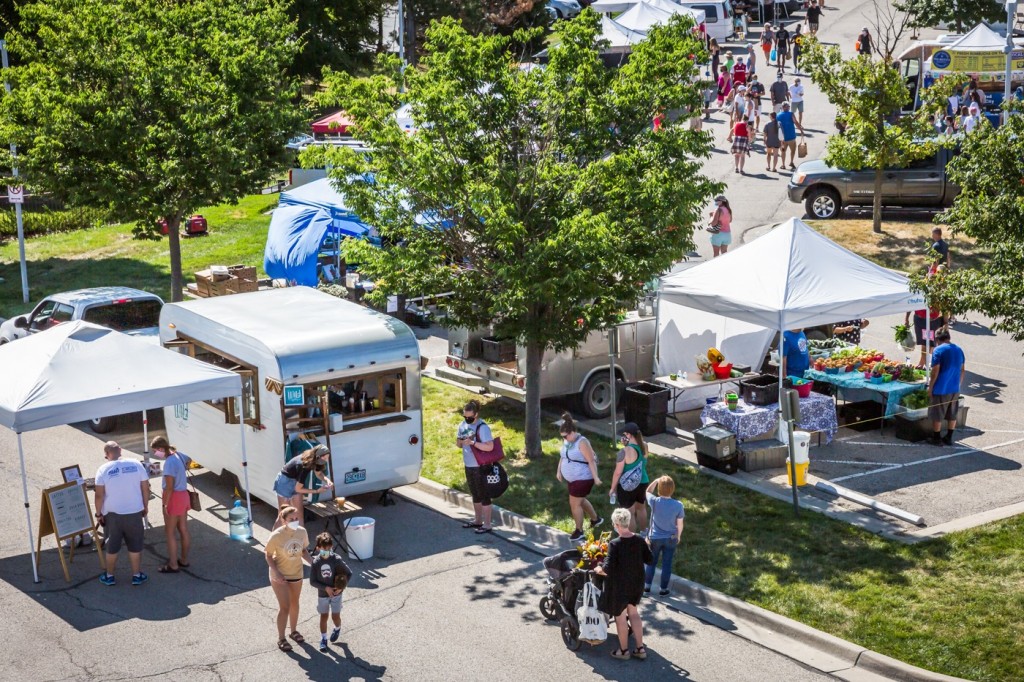 I don’t know why but I was somewhat skeptical about it until I went? Truth was, it was awesome. It gave people an opportunity to walk, see familiar farmers and producers, and buy fresh, local food, from cave-grown mushrooms to microgreens, locally raised beef and pork, eggs, seasonal produce, Yoli tortillas and tamales, Ibis Bakery goods, Wiener Wagon sausages, Veloute pastries, and pommes fries, and more. Last year it also gave us the beloved Taco Naco. Am I tipping my hand too much that I really like this market and its vendors? Whatever. It really was one of the few, very safe-feeling pleasures to be found in going out last year.

And it shall remain so in 2021, according to Kristina Stanley of Overland Park Parks & Rec, who organizes much of the market activity. She and the team have announced that the market will open this year on Saturday, April 17, and will run through “at least” the end of September (in 2020, it went well into late Fall). The format will follow last year’s: mask-wearing and social distancing are required, vendors will be distanced, hallelujah, hallelujah. Follow the market on facebook or instagram for announcements and very lovely photos of the foods its vendors sell. 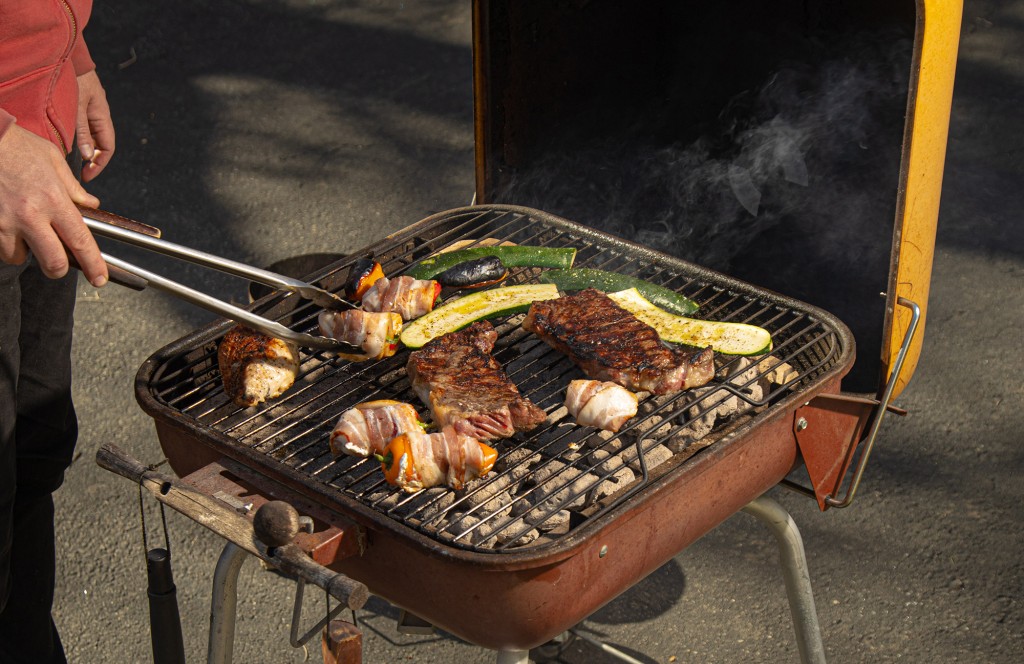 Among the reasons you might consider buying locally raised and harvested meat: the animals almost always have a far greater quality of life, you support local farms over factory farms, it is less impactful on the environment, and the meat tastes a whole lot better. Apropos of nothing except it has been 60 degrees for two whole days this week and I have grilling on the mind, here are three excellent options, all of which happen to deliver locally for free (in some cases a minimum order threshold must be met):