Disgraced, at the Unicorn, questions respectability in mostly unexpected ways 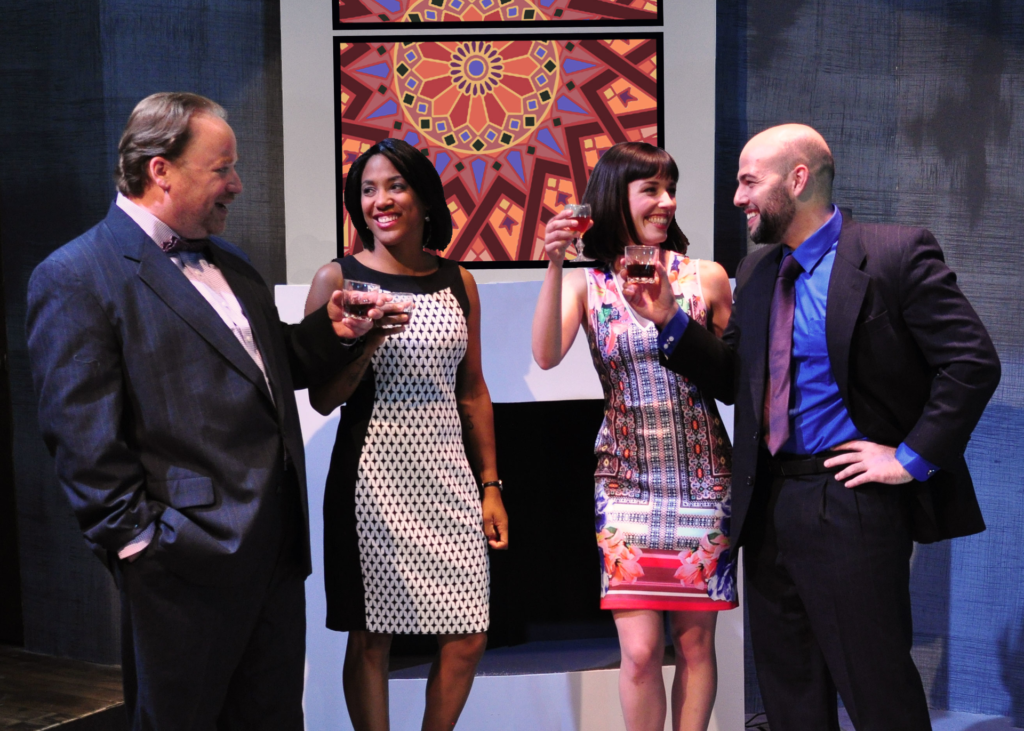 Racial profiling and appropriation in the art world collide in Disgraced, a tight dinner-party drama playing at the Unicorn Theatre through November 12. But if you’re expecting smug sermons from that ideological mix, think again. Playwright Ayad Akhtar has crafted a carousel of reversals, resulting in a message that will seem obvious only to hopeless hardliners.

At the play’s center is Amir Kapoor (Alexander Salamat), a lawyer handling mergers and acquisitions at a major New York firm. Amir has done everything possible to distance himself from his upbringing — he presents himself as Indian (he’s Pakistani); he calls Islam a “backwards way of thinking” (he was raised in the faith); and he avoids nearly all of his family but his nephew, Abe (Michael Thayer). But his wife, Emily (Molly Denninghoff), a white painter, forces him to confront his heritage at every turn. After an encounter with a racist waiter — one Amir would rather forget — she insists he sit for a portrait, in the style of Velázquez’s “Portrait of Juan de Pareja.” (Velázquez owned de Pareja as a slave at the time; Emily seems oblivious to the implications.) To Amir’s chagrin, her newest series of paintings draw heavily on Islamic patterns and tropes. And when a local Imam is accused of sending money to terrorists, she begs Amir to get involved and help him. 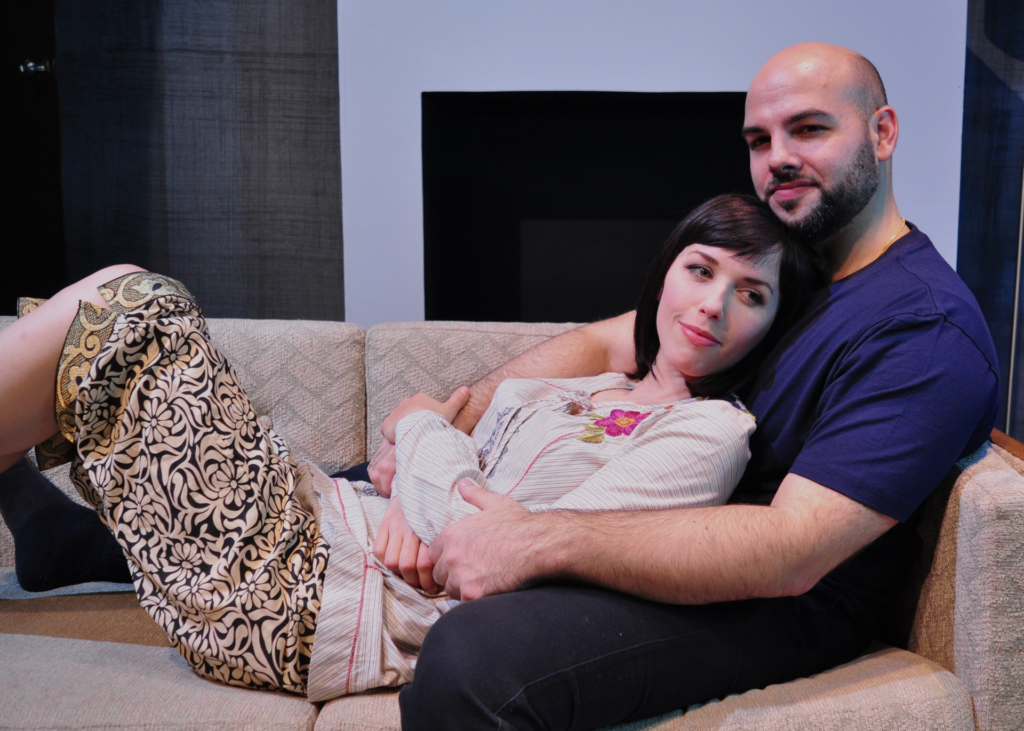 Akhtar’s script drives toward a dinner-party confrontation, and the Unicorn’s production doesn’t quite overcome the feeling of a roller coaster plodding up the chain lift to the first big thrill. The opening scene is table-read stiff: Salamat and Denninghoff struggle to build credible chemistry, and Sidonie Garrett’s direction for them is unusually generic. All three are more talented artists than demonstrated here.

But the actors hit their stride with the intrusion of Isaac (Matt Rapport), a curator at the Whitney Museum who is married to one of Amir’s colleagues. Isaac’s there to consider Emily’s work for an upcoming show, and the two begin a lively debate over who’s allowed to borrow from whom.

Emily is adamant that artists should feel free to draw from Arab culture as they do from the Romans and the Greeks. When Isaac warns her that she’ll be accused of Orientalism, she waves him off. “We’ve all gotten way too wrapped up in the optics of it,” she says.

Rapport is sure-footed as Isaac, lacing sexual (and literal) aggression with a honeyed, enlightened tone. And Denninghoff masters a kind of deflection couched in accommodation and male-ego appeasement — an emotional cocktail that I suspect will feel familiar for many young women.

When Amir and Isaac’s wife, Jory (Shawna Peña-Downing), join them for a dinner party, Akhtar’s intellectual cage match kicks in. What begins as late-stage-capitalism bingo — the foursome debating the merits of $600 Charvet shirts and waxing rhapsodic about the banana pudding from Magnolia Bakery — ends in a nasty, almost primal confrontation that peels back each character’s respectable veneer. Salamat and Peña-Downing are both bewitching here, parrying lazy activism (and parroting Kissinger conservatism) while rooting out racial resentment like a pig sniffing out a truffle. Akhtar riffs on “identity politics” in a way that surprises without feeling contrived.

Despite the play’s strengths — Disgraced won the 2013 Pulitzer Prize for drama — the production doesn’t always sing. That dinner-party scene builds to a reveal less interesting (and more predictable) than the conversation that got us there. And a climactic act of violence is clumsily executed, sapping the shock value.

But the show still feels fresh, five years after publication, thanks to a provocative probing of cultural determinism — and an ending that, depending on where you sit, can be read as an indictment of both Amir’s past and the sacrifices he made to escape from it.

Disgraced is likely to fuel existing debates more than it settles them. But if there’s a homily here, it might be about the fragility we invite when we define ourselves in opposition to, rather than in service of, an ideal — and the errors we make when we attempt to define ourselves by what we don’t fully understand.