Did her mother tell her not to play with her food? 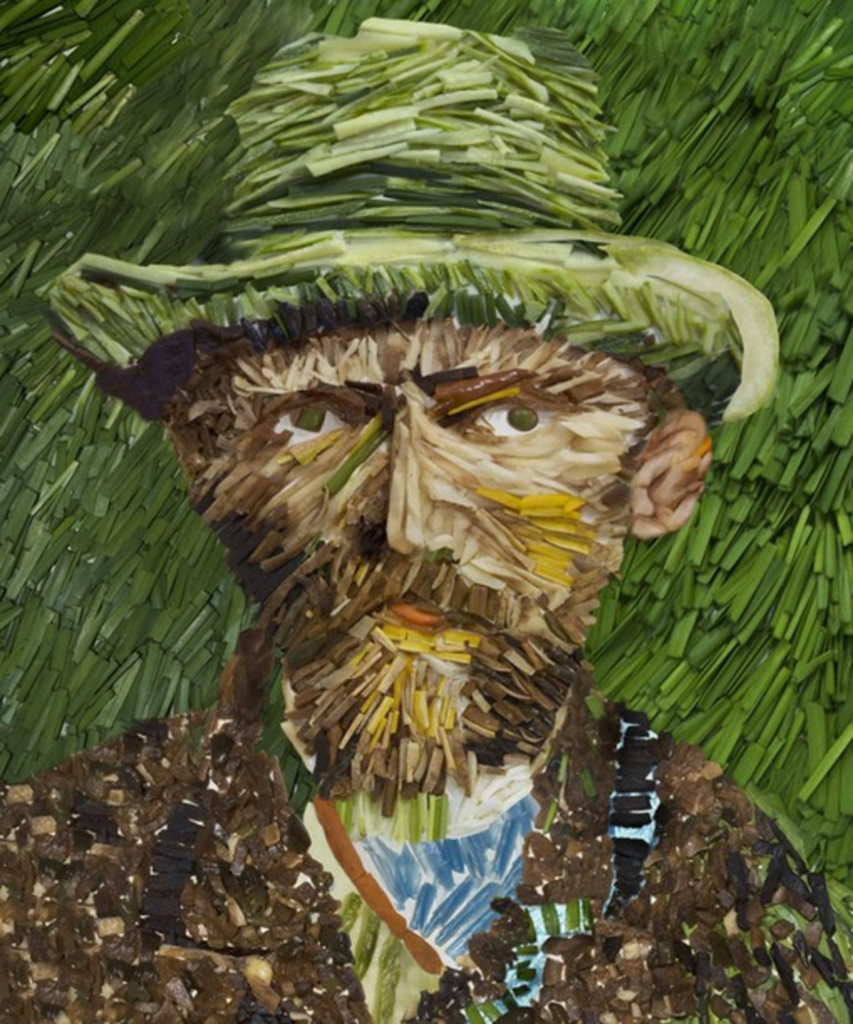 Chinese Artist Ju Duoqi has made a career out of using beans, rice, potatoes, yams and other traditional Chinese peasant foods to create masterpieces. Or, rather, masterpieces of other masterpieces. The above rendition of Van Gogh’s self portrait is made of leeks and potatoes. Duoqi is in her mid-30s and only became a full-time artist three years ago. Prior to that she was a game designer. She says the idea for the paintings came to her in 2006 after she made a dress out of peas.

Since then she’s made around 20 works of vegetable art in all different styles. From Warhol (“Cabbage Monroe”) to Botticelli (“Birth of Radish”) and the “Mona Tofu,” her work is view-able at the Paris-Beijing Gallery Web site, where you can also buy prints of her work (the work itself has a rather short shelf life).

Duoqi seems modest about her efforts, or rather sees them as a woman liberating herself in China. Maybe that’s why her first piece was the famous “Liberty Leading the People.” She says, “In a studio, with a knife, a box of toothpicks and some vegetables, I can make small sculptures and slap together big scenes, using a woman’s most effortless and thrifty method of fantasizing about the larger world.”

As for the vegetables, they do not go to waste. Duoqi says that after finishing the wonderful “Napoleon on Potatoes,” a take on “Napoleon Crossing the Alps,” she ate Napoleon.