Dewmocracy: The green, the bad, and the bubbly 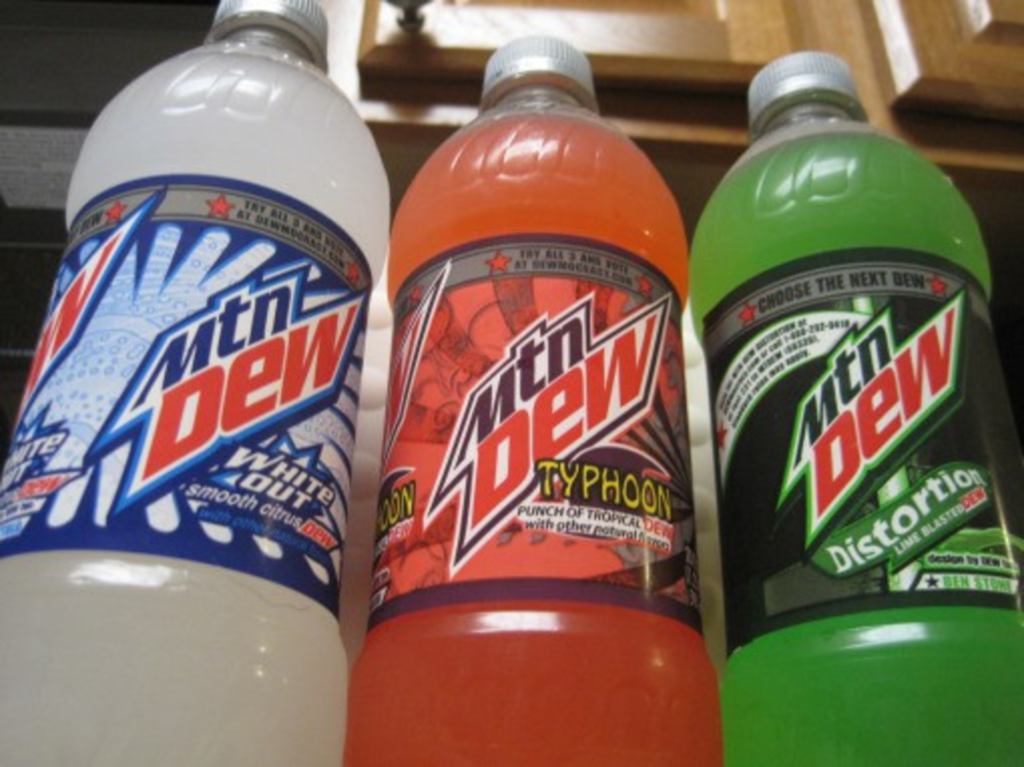 It’s been said that if you gave monkeys enough time on a typewriter, they would eventually produce Shakespeare. Swap out monkeys for the crowd on the Internet and that’s the latest strategy for Pepsi’s MTN Dew brand (which is so extreme, the Mountain can no longer be spelled out). Fans have designed the advertising, packaging and fruit combinations for the Dewmocracy campaign‘s three new flavors.

MTN Dew Typhoon, Distortion and White Out are the three choices vying to be added to the MTN Dew lineup, alongside the previous Dewmocracy winner, Mountain Dew Voltage. As of Sunday, the Internet crowd believed that White Out (43 percent) was the best choice, followed by Typhoon (39 percent) and Distortion (18 percent). Voting ends at midnight on June 14.

I found all three at the Circle K gas station at 7447 State Line, but I’ll admit I didn’t have particularly good feelings about any of them after my experiment last year with Mountain Dew Voltage. The cashier told me she liked all three, although the Distortion flavor “tasted too lime-y, like a lime pop.”