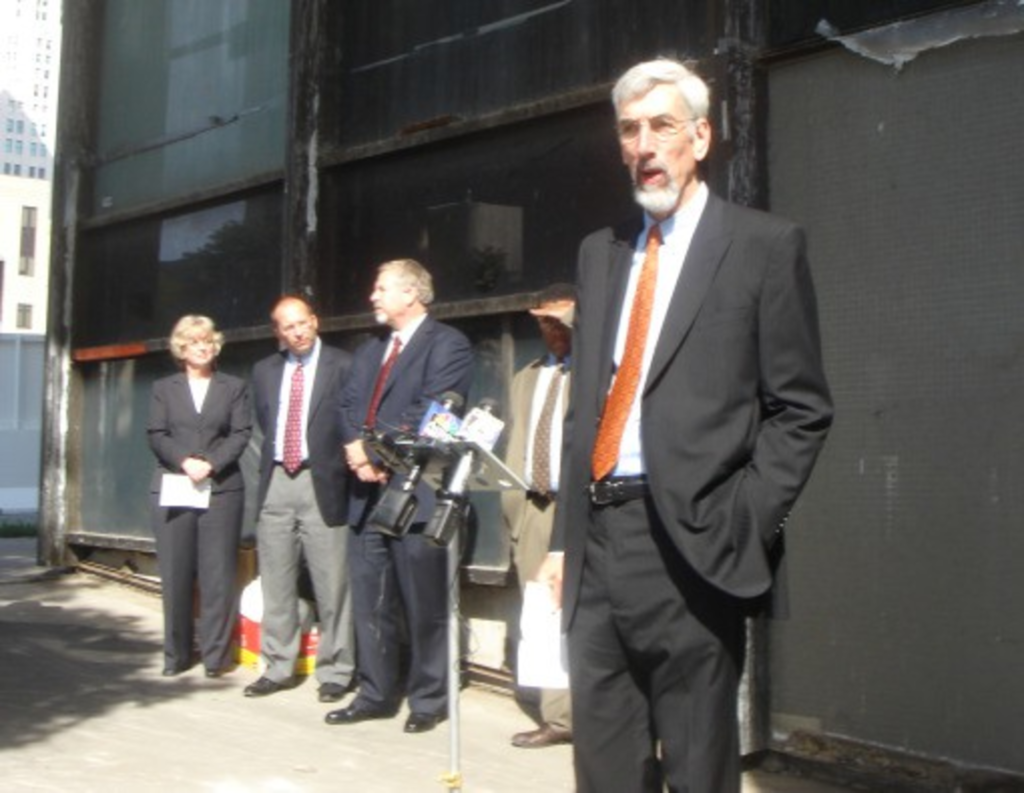 Downtown Kansas City, Missouri, is having a good week.

Yesterday, the Downtown Council heralded the demolition of Shoppers Parkade, a seedy parking garage at 11th and Grand. Today, Mayor Mark Funkhouser, City Manager Wayne Cauthen and others swung celebratory sledgehammers (they were painted gold) at a wall of the old Greyhound bus depot at 12th and Holmes.

The wall to which city officials put their sledgehammers did not collapse. “It’s a stubborn thing, isn’t it?” Councilman Ed Ford remarked as he removed his hard hat.

The city condemned the terminal in 2007 in an effort to force a sale. The property’s do-nothing owner, quarry operator and tobacco wholesaler Anthony Barber, purchased the site in 1994, after it failed as a sporting good store. Caked in pigeon poop, the building defined urban blight.