Ha ha, today I am Teevee Barnhart: Variety reports Brillstein-Grey TV co-topper Susie Fitzgerald has been tapped as prexy of Josephson Entertainment. Rising from co-topper to prexy could be seen as more of a lateral move than a promotion, in my experience. Reading this shit aloud sounds like old people using slang from the 1800s, and the only reason I’m linking horrible fucking Variety and its “23-skidoo” house style is because Josephson Entertainment will produce The Weekly, a single-camera workplace comedy “percolating in the script stage” at ABC, about “the office of a dishy alternative weekly publication and blog.” Now I know how the line workers at a bottling plant must have felt when they heard about Laverne and Shirley! Or how the convicted rapists felt when they heard about HBO’s workplace comedy Oz. OK, one more: or how cocksuckers felt when they heard about Deadwood. That joke dedicated to Deadwood fan Bob Packham, my dad.

If I were “tapped” to “scribe” The Weekly, I would totally write the episode in which we cut half a page to a quarter because an event in the calendar fell through, blah blah, cutline blah blah, jargon, and you totally know this thing will be like Sex and the City with nose rings and ironic T-shirts. TV is not always the worst — for instance, it’s awesome when it tells stories about Battlestars or Detective McNulty — but this has the unmistakable whiff of horrible, usually depicted by cartoonists as wavy stink lines. After the jump, some stuff about deregulation and marijuana! Click here, or on TV’s Automan, a workplace comedy about a hologram that comes to life and fights crime, starring Desi Arnaz Jr. and Chuck Wagner: 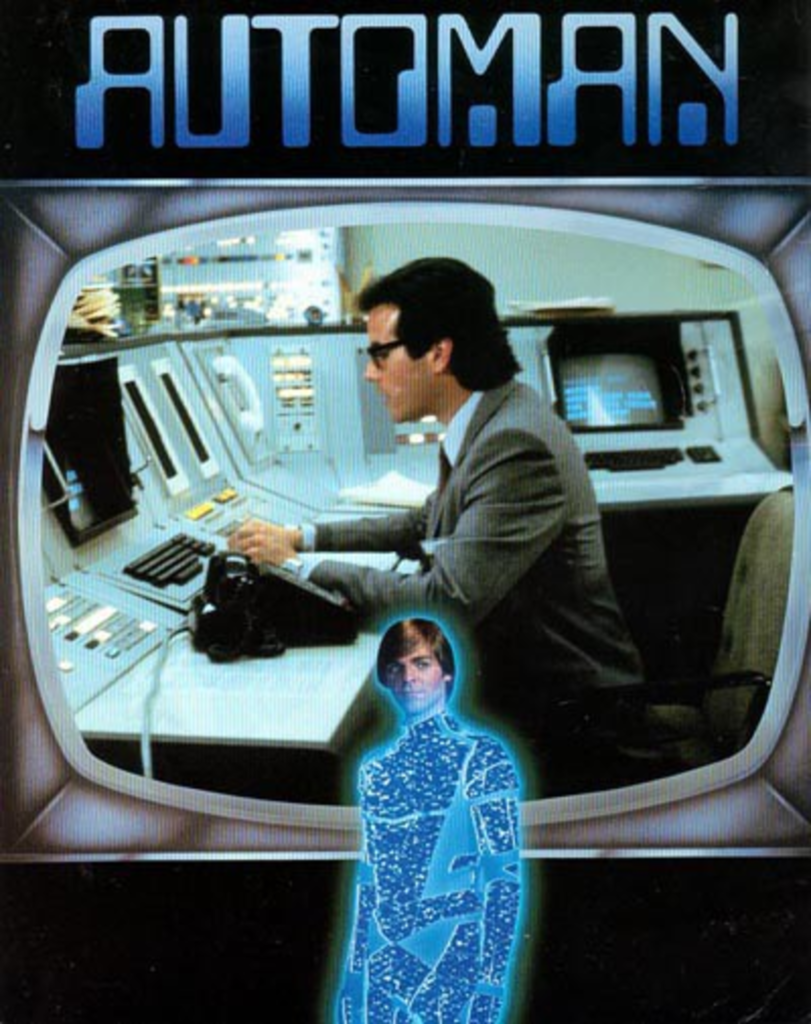 Categories: News
Tags: Aaron Barnhart, Batman was awesome but the internet is sagging with the weight of Batman coverage, Deadwood, KCI, Midwest Airlines, The Wire, Variety