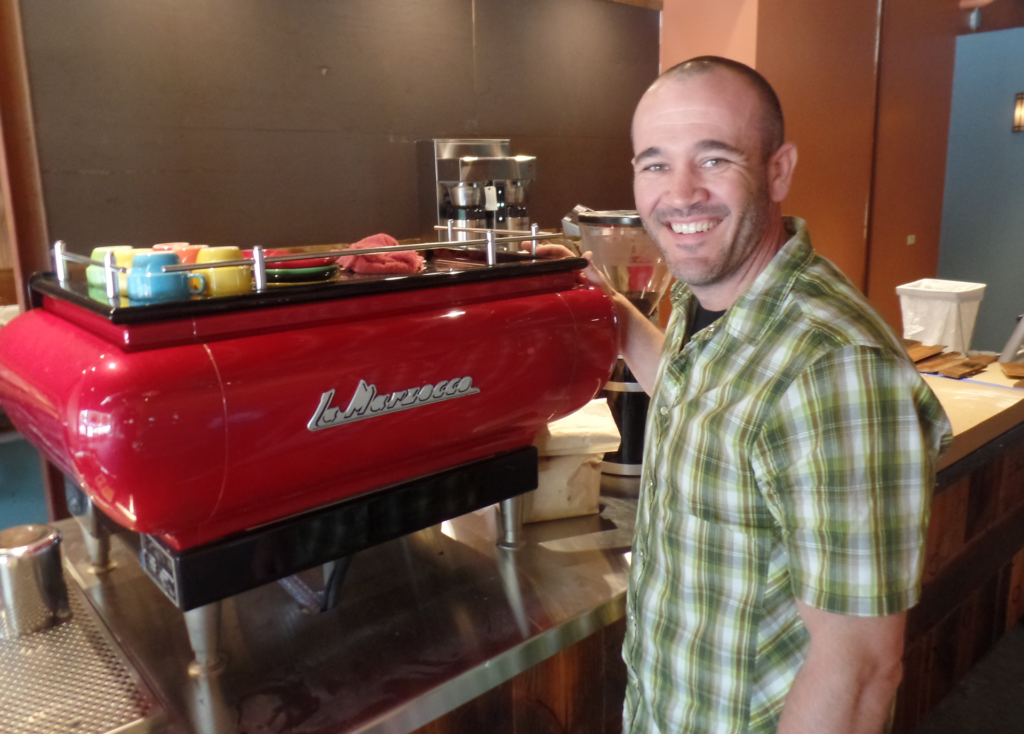 The original plan was for Crows Coffee, the South Plaza coffeehouse at 51st Street and Oak created by 38-year-old entrepreneur Zach Moores, to have its soft opening this weekend. But there are still some kinks to work out, so Moores has pushed back his first day of business until next Monday or Tuesday. (A grand opening is tentatively scheduled for sometime in July.)

But Moores is ready. His staff is hired, his machinery – including a sleek, flaming-red, Italian-made La Marzocco FB/70 semiauto espresso machine – is tuned up and ready for business, and the pastries are ordered; Moores will be selling baked goods from both Northland’s Le Monde Bakery and local confectionery queen Chelsea Williams. The coffee comes from Shawnee-based Messenger Coffee. The only component still missing are the customers, but Moores envisions a full house – the room seats 42 – after patrons discover the place. There hasn’t been a coffee vendor on this stretch of 51st Street since Muddy’s closed in 2011.

Moores can still remember his first cup of coffee: “I was with a group of friends from high school at Tippins in Prairie Village,” he says. “I’ve had better coffee since, but it’s a good memory.”

An insurance claim adjuster, specializing in dealing with post-catastrophic events, for seven years (“It was kind of fun in the first couple of years,” Moores says. “And then it wasn’t”), Moores wanted to open a business of his own but couldn’t settle on exactly what he wanted to do. He remembered that his late father, local entrepreneur Bill Moores, had briefly run a coffeehouse. (Zach Moores’ mother is actress Merle Moores.)

“He had been very happy running that business,” Moores says. “And I love coffee.”

After looking at various locations for his own coffee venue, Moores negotiated to sublet half of the space used by Pride’s Cleaners at 300 East 51st Street. The build-out took several months. (Eddie Tapper was the architect; metalsmith and sculptor George Rousis created the counter – made from reclaimed wood – trimmed in bars of mild steel stamped with the impression of birds feet.)

The close proximity to UMKC encouraged Moores to add fresh-fruit smoothies to his menu, particularly during the summer months. “It’s a nondairy option,” Moores says, “for customers who want an iced drink but can’t have a creamy coffee drink.”