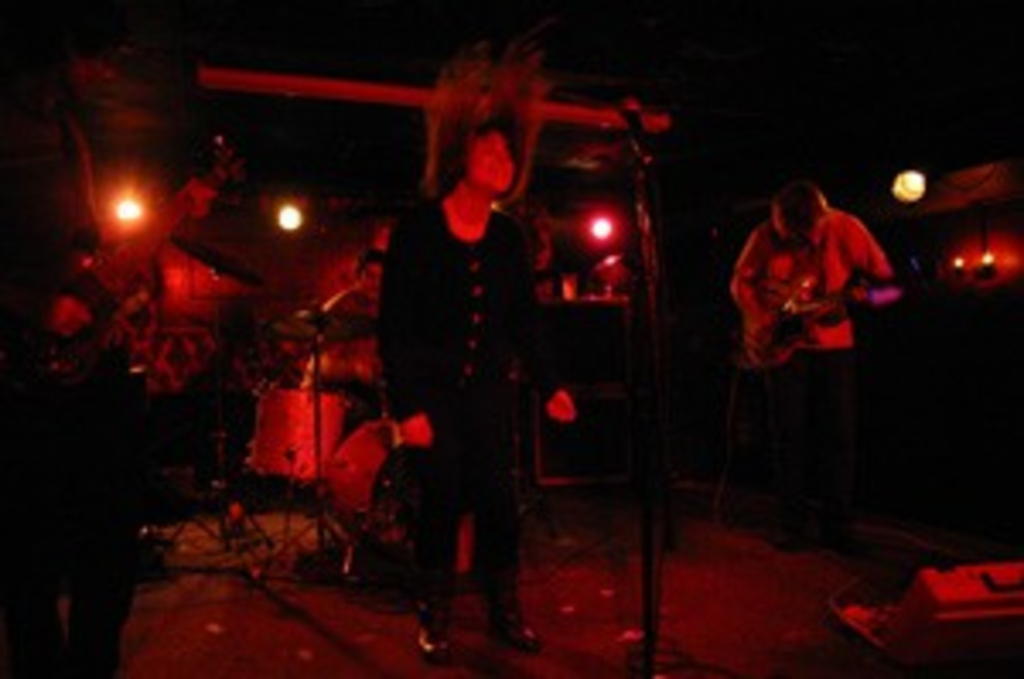 A twenty-first century siren backed by a tight rhythm section, serenading an eager, fun-loving college town: Saturday night’s show at the Jackpot was like watching a blossoming romance between UUVVWWZ and its audience.

Frontwoman Teal Gardner is theatrical and funky. As if through a long hallway, Gardner’s soft and pretty lyrics (I like the blackberries ’cause they cannot entangle me) resonate between her animalistic screams. It’s clear the Nebraska group’s frontwoman knows how to take control, tempting the crowd with new categorizations for her vocal range: Does she sound like Karen O, or a young Bjork?

A rambunctious crowd roared while Gardner closed her eyes and seemed to swim through an instrumental break down, touching the ceiling and wavering between wail and whisper. The Jackpot felt like a tribal sweat lodge, or a fierce primitive celebration (though the band’s lyrics border on the academic, influenced by the modernist poet Ezra Pound: consider life fluctuates between faces smiling, for example). Songs like “Shark Suit” and “The Sun” bounced the band’s sound out away from true hard rock, as well as Gardner’s gushing exclamations throughout the set: “This has been a really fun night! Oh my gosh! We have a few more songs for you guys!”

UUVVWWZ’s sonic combinations of minimalism and excess were pleasantly repetitious, building into an explosion of hidden pressure. As fans began to choreograph their hands in the air like a cheerleading routine, Gardner closed her palms in prayer mid-song and confessed cryptically: “I think boys should wear lipstick. It’s hot.” 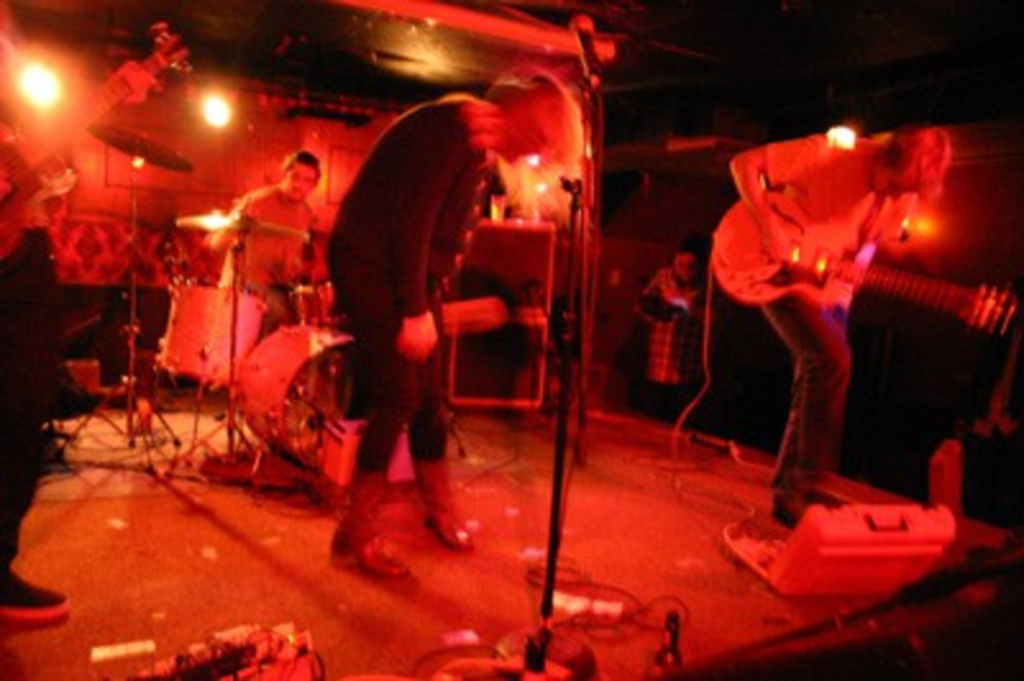