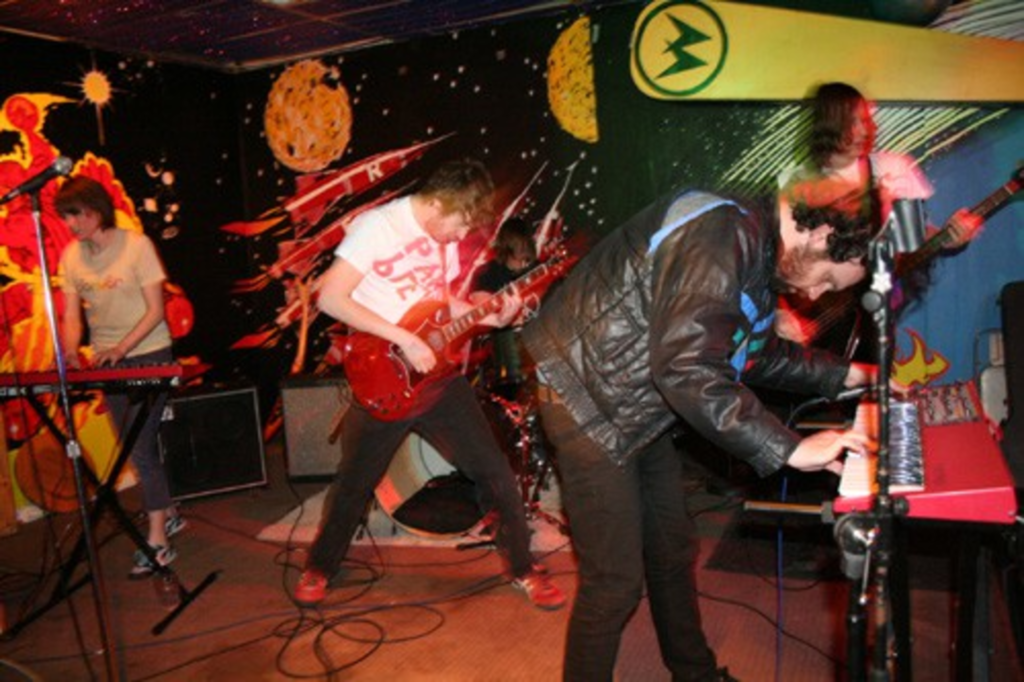 Digital Leather isn’t the only new wave act to come from Omaha — you’ve also got the Faint. However, while Digital Leather’s recorded output brings to mind Joy Division, their live show is something more akin to Warsaw, the band that would come to be Joy Division.

The Omaha act mixes dark new wave and punk, with a definite emphasis on the punk, sounding like an ’80s movie soundtrack ran through a dirty Sunset Strip rock club. They play songs that are perfect to get lit and dance to. Unfortunately, there were only about three or four people doing that at the Replay last night.

The band had a lot of energy, and they played as well to the mostly-empty floor at the Replay as one would assume they would to a full auditorium. It was unfortunate that they played a Tuesday during spring break, but that’s the risk a band takes picking up shows on their way to SXSW.