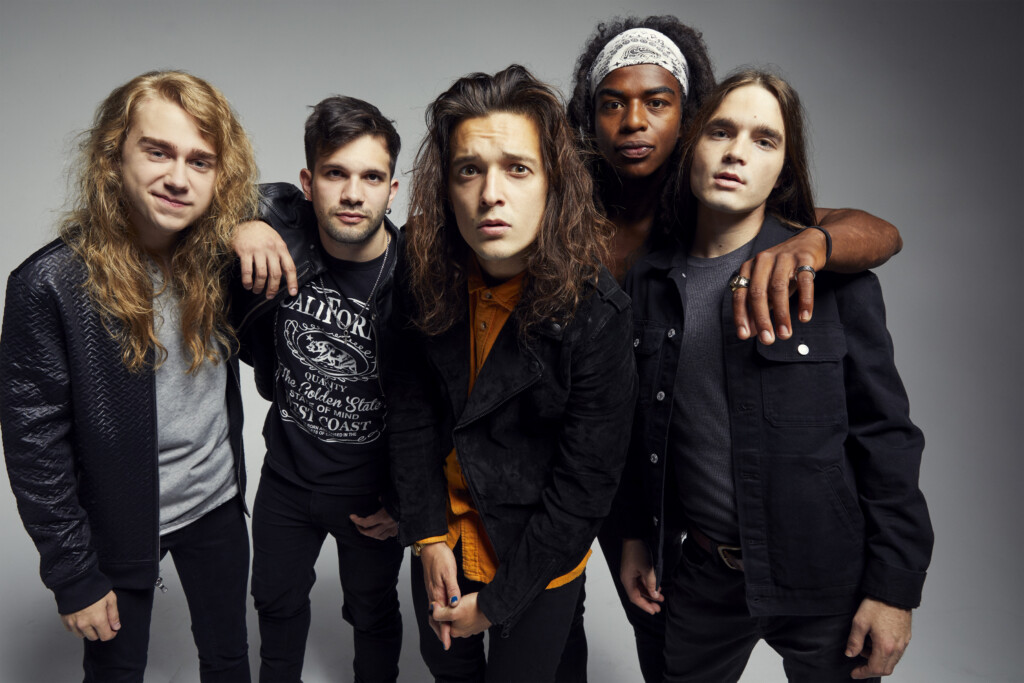 Los Angeles rock ‘n’ rollers Classless Act have had quite a year. They opened the massive stadium tour with Def Leppard, Mötley Crüe, and Joan Jett over the summer and just finished a tour with fellow up-and-comers Giovanni & the Hired Guns. Last week, they released a new acoustic EP, Welcome to the Acoustic Show, featuring new versions of four songs from their debut album, Welcome to the Show. It’s one hell of a ride for a band that’s only been around for a few years, but it’s a testament to the band’s serious chops and stage presence and how far they’ve come in such a short time.

The group brings their hard rocking sounds to Lucia in Lawrence on Wednesday, December 21, as part of the last few dates of their Most Wonderful Tour of the Year, so we hopped on the phone with rhythm guitarist Dane Pieper and lead guitarist Griffin Tucker to talk about how amazing things have been for Classless Act.

The Pitch: What is it like playing club shows after a summer of massive stadium shows?

Griffin Tucker: Well, it’s two completely different experiences as far as performing goes, because with the stadium thing—as glorious as the whole thing is with getting to play in these giant venues—all these people that are so far away and, of course, playing alongside such rock royalty.

It’s so much more intimate and real when we come back to the clubs and see these people only a few feet away from us playing our songs. They see how much we’re working that much better, and we see how they’re reacting to watch playing that much clearer. It’s just completely different. But, of course, we love them both.

Dane Pieper: I think the stadium tour was great for garnering fans en masse. A couple of thousand people would come to see us. What’s cool about the club tour is that—as Griffin was saying—it’s a lot more intimate. We have the opportunity to hang out at the merch table and talk with people at the club tours, which wasn’t really an opportunity we had on the stadium tour.

In addition to playing with rock royalty on the stadium tour this past summer, your debut album has Vince Neil and Justin Hawkins. How does it feel for you all, and how do you work when you are this up-and-coming band working with legends?

Dane: We all grew up fans of the genre of rock. We grew up hearing all of these bands, like Mötley Crüe or the Darkness. It’s almost like an honor to be treated like a peer or contemporary—getting past a fan barrier. We’ve all been working hard for these moments as writers and performers, so it’s pretty cool to see that blossom into fruition.

Griffin: Yeah, and, of course, that respect doesn’t just happen where we reach out to them, and it’s like this immediate, “Oh yeah, we think you’re cool.” It takes us proving ourselves and doing the work and writing and recording these great songs for them to feel like it’s worth their time to sing on a song—like Vince Neil. We’re gonna play a sick guitar solo like Justin Hawkins.

Your new EP, Welcome to the Acoustic Show, comes out December 16. Was it challenging to adjust these songs to an acoustic format, or was this going back to how you initially wrote them?

Griffin: Yes and no. It’s, of course, just very different. I think it was Gene Simmons or Paul Stanley who said that if you can translate any song back to an acoustic guitar and still have it sound somewhat good or even great, it’s pretty indestructible.

We certainly tried our best to give it the best acoustic treatment possible. It was fun because we’re usually up on stage with big Marshall rigs, Chuck [McKissock]’s wailing on the drums, and such. But it was a nice change of pace to make it a little more chill and a little easier to listen and not quite so in your face.

Dane: I think that we also wanted the core of the songs to shine through, and we still wanted to have four songs that still pack a punch. It was almost the same thing with performing. Whether we have all those, all the Marshalls and heads and the pedals with a crowd of thousands of people or a few dozen—we’re still gonna perform and put on the show.

Griffin: I remember when Franco [Gravante, bass] first suggested taking a song that has been a waltz for many years and had its own style. He just decided he was gonna make it this freaking butt rock bluesy little lick–this totally different kind of song. Over time we’ve all grown to love it for what it is. It’s kind of perfect for the kind of band that we are.

We’re called Classless Act. It doesn’t have many frills or any fancy stuff on the recording, but it’s rock and roll, and you can move your head to it and tap your toes and all that stuff.

Dane: It’s like a rite of passage to have a Christmas song. But, I think for us, because we’re Classless Act, having our own spin on it and not just falling into making a song ’cause it’s Christmas—we wanted to have our own touch on it.

Having a Christmas song and a new acoustic EP demonstrates the band’s versatility. And also, going back to what we were talking about at the beginning of this conversation, going from clubs to stadiums and back to clubs again, it seems like you all can roll with the punches.

Dane: Yeah, yeah, yeah. I think you’re completely right about that because, of course, each has its challenges and responsibilities. Being on the stadium tour, there were 200 people behind the scenes because it takes a village to make that kind of whole grand operation.

Then on the club tours, you know, we’re lugging our own equipment. We have to keep track of our food, so we have to go to Postmates, diners, or gas stations. It’s almost like a great challenge to adapt and have the live show carry over in whatever vehicle or medium we need to.

Classless Act plays Lucia on Wednesday, December 21. Details on the show are here.