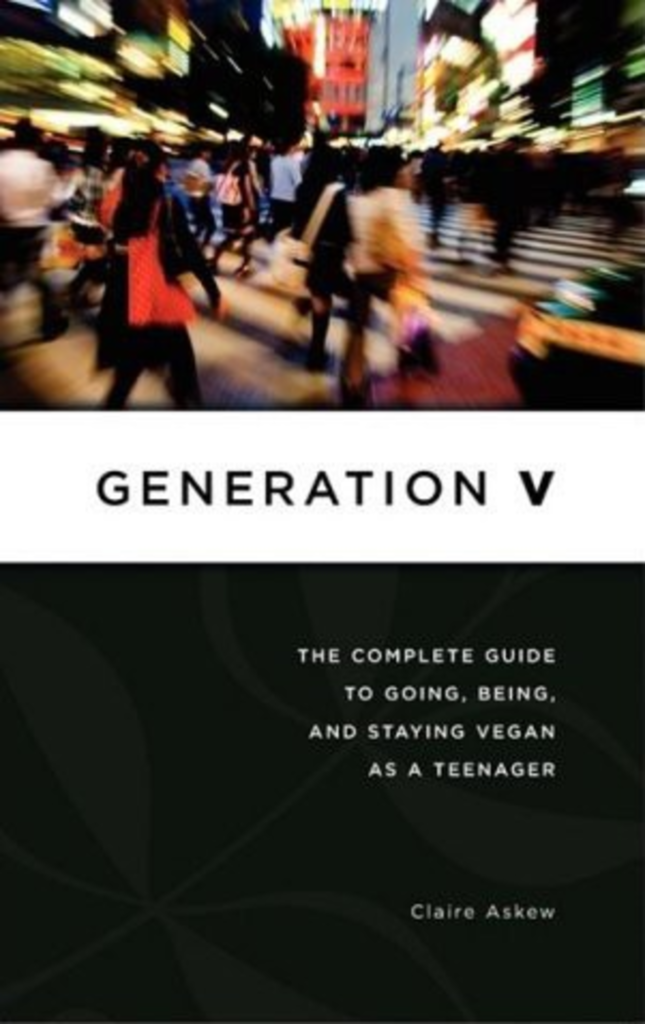 When Claire Askew was a freshman in high school, she made a decision that’s had a profound affect on the rest of her life — she decided to give up meat. Six months after her initial decision she went further and became a vegan, a transition she describes as a “natural step.”

Askew, who just graduated from Shawnee Mission South High School, said that at first many parts of the diet were difficult, especially for a person her age. So being a writer, she turned her experiences into Generation V: The Complete Guide to Going, Being, and Staying Vegan as a Teenager. Published last year, the book recently helped Askew win a $5,000 college scholarship from the Vegetarian Resource Group.

Askew said when she was first starting out she found the Web site GoVeg.com to be highly informative — but there were many things it didn’t cover, especially from a teenager’s perspective. “I got lots of questions. Mostly from my parents, but they’ve come around … all the issues I dealt with … that’s what the book is about.”

She is heading to Portland, Oregon in the fall to study at Lewis &

Clark College. “Portland might be the most vegetarian-friendly city in

the country,” she says. “That helped make my decision easier.”