Christopher Elbow named number one chocolate in all of America 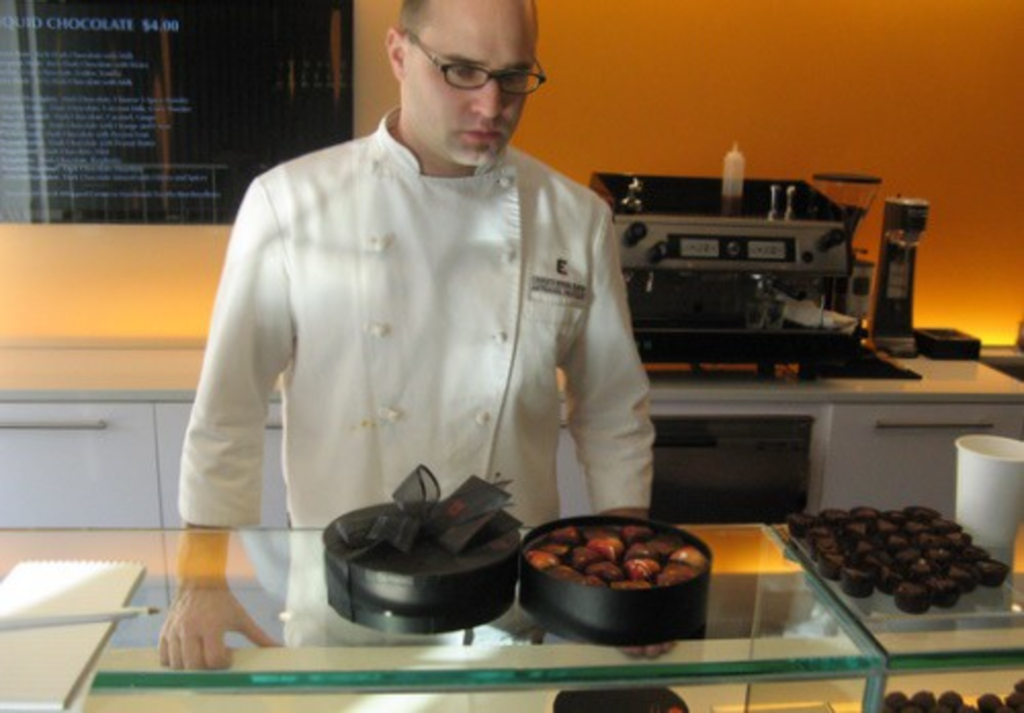 Christopher Elbow is the premier chocolate maker in Kansas City, but now he can start bragging that he’s the best in the country. This according to Food & Wine magazine, which in its February issue lists Elbow’s No. 6 Dark Rocks chocolate bar as the number-one chocolate.

No. 6 Dark Rocks is one of 14 chocolate bars available in Elbow’s line. The rocks refer to the candy pop rocks embedded within the Venezuelan dark chocolate. Other chocolates in the series feature ingredients from the traditional peppermint to the exotic chili blend.

Elbow, who’s in the middle of preparing for Valentine’s Day (more on that next week), said the ranking was a shock to him: “I knew they [Food & Wine] were going to do something but I didn’t know what it was. They had asked me for some samples back in November and were interested in our artisanal chocolates, so we sent them the line. Then this month we just found out … there’s been a definite uptick since the article came out.”

The article is available here, and the chocolate is available online and at Elbow’s store at 18th Street and McGee. If you have a choice between the two, definitely spend the time to go in person and treat yourself to a hot cocoa as well.