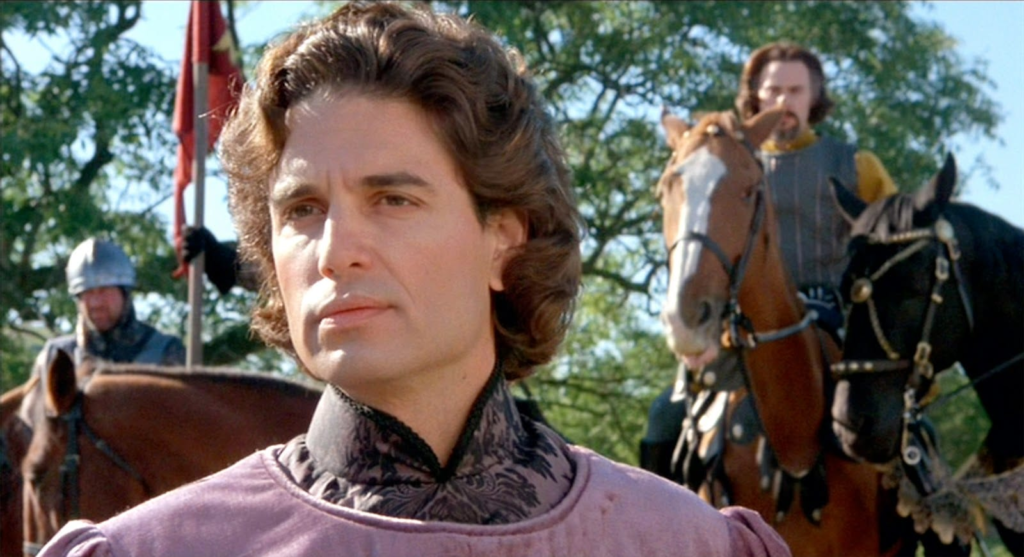 Chris Sarandon has 104 IMDB credits and has played everything from Frankenstein’s monster to Abraham Lincoln to Al Pacino’s pre-operative transgender wife in the groundbreaking and nail-biting hostage drama Dog Day Afternoon, a role for which he earned an Academy Award nomination.

Sarandon is perhaps best known, though, for helping bring a skeleton to life for Tim Burton. He provided the voice for Pumpkin King Jack Skellington in The Nightmare Before Christmas, and is certain to encounter someone cosplaying his bony altar ego at this year’s Planet Comicon at Bartle Hall from March 29 through 31.

Over the phone from Connecticut, Sarandon explains that his skill for playing villains might be rooted in the fact that he doesn’t treat the bad guys as bad.

The Pitch: Have you ever been to Kansas City before?

I’ve been to Kansas City when I was much younger, when I was on a tour of two classical plays with the graduate program from Catholic University, called National Players. I played three or four different schools and colleges in that vicinity at the time. It’s been a long time since I’ve been there, so I’m looking forward to it.

It must be an honor that you played a skeleton decades ago, and people still wear T-shirts for it.

Not only T-shirts. The Disney merchandising is imaginative. The stuff that they come up with is just amazing: T-shirts, mugs, statues, coffins, ringtones. You name it. They thought of it.

Unlike the vampire you played in Fright Night, Jack Skelington is likable. He doesn’t mean to cause harm. He just manages to get two holidays screwed up at the same time.

Not only that, but he can’t decide which holiday he wants to be in and the master of, so he kind of tries them all.

I actually liked the way both you and Colin Farrell played the vampire in Fright Night. In his remake, where you had a cameo, he did a totally different take, but you were both effective.

I’m flattered. Thank you very much, and I also agree with you about Colin’s work. He had some trepidation going into the movie because he was a big fan of the original. And then when I met him on the version that he did, it was very clear that he had a soft place in his heart for the original Fright Night. He told me that he and his sister would watch it, and he’d probably seen it 40 or 50 times. I think it was a good decision on his part to go a somewhat different way — to play the character, pardon the pun, more feral; that is, more animal-like.

Why do think do think that I can show Dog Day Afternoon to my Baptist relatives, and they wind up loving it? And why do you think the film’s depiction of LGBT characters doesn’t seem as dated as it does in other films of the era [the 1970s]?

I think the key — and the thing we worked on hard in our rehearsals and what Frank Pierson did in the screenplay — was that it was very clear that this was the story about a fractured relationship, and it was a fractured relationship that a lot of people could identify with because many people are in fractured relationships. It was immaterial that it just happened to be two gay characters, one who believed he was trapped in a man’s body and wanted to be a woman. But the fact was, their problems were universal, and I think people recognized that when they watched the movie. 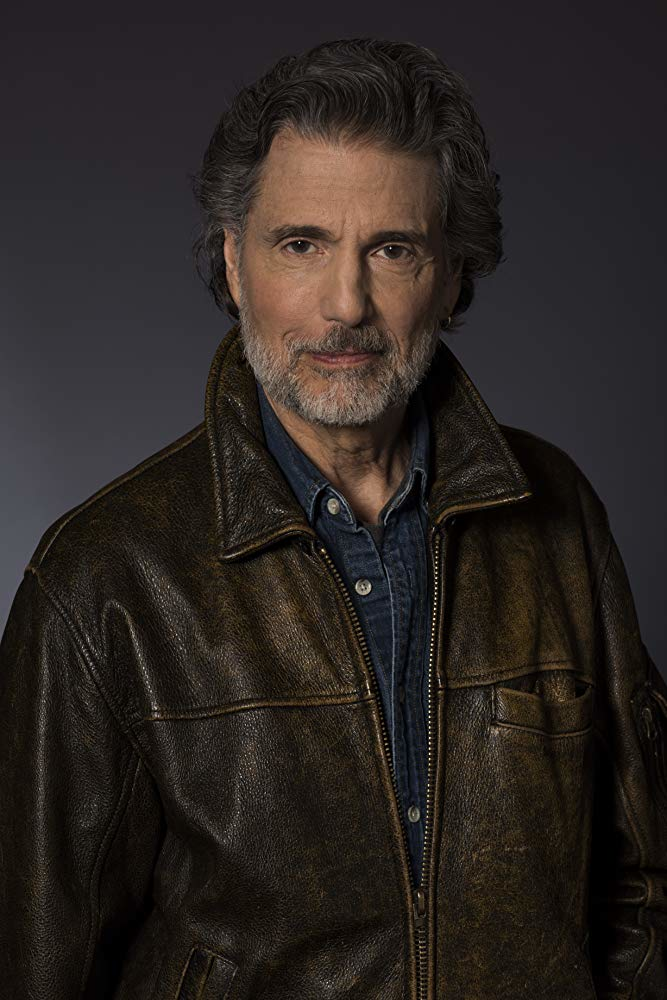 For Fright Night director Tom Holland, you also played a cop fighting the homicidal doll Chucky in Child’s Play. What was it like to play someone the audience roots for instead of against?

In some ways, if you’re referring to some of the other roles I’ve played like in Fright Night, audiences have a grudging respect for — if not a liking of — villains. They’re villains that they see something of themselves in. I think that at least with Fright Night and similarly with Dog Day, we tried to create a character that, while the audience was repelled by him, they were also attracted to him.

I know a lot of women who’ve told me that Jerry Dandrige (the Fright Night bloodsucker) was their first crush. Obviously, women of a certain age [laughs]. Not too many young women.

I never saw Jerry as being unsympathetic. I saw him being, in a way, trapped by time and circumstance. On one hand, he was seemingly all-powerful, but he had particular vulnerabilities to a wooden stake and to light. He can only live at night. It’s a life of grand limitations. If you think about it, he’s a really cool guy, but he’s not. I wouldn’t trade places with him.

It’s also lonely because you can’t become friends with someone who might be your next meal.

Exactly. And if you do form close relationships with members of your kind, that’s explored in the Interview with the Vampire books by Anne Rice. Those relationships are often toxic. It’s a grand paradox.

As far as playing the character in Child’s Play, it was fun to a certain extent, but it was a very difficult shoot, in particular because of the various iterations of the doll. Sometimes there were little people playing Chucky. Sometimes there was a robotic figure who would be manipulated from underneath the soundstage. You were constantly using your imagination if you were playing against that character or with that character. 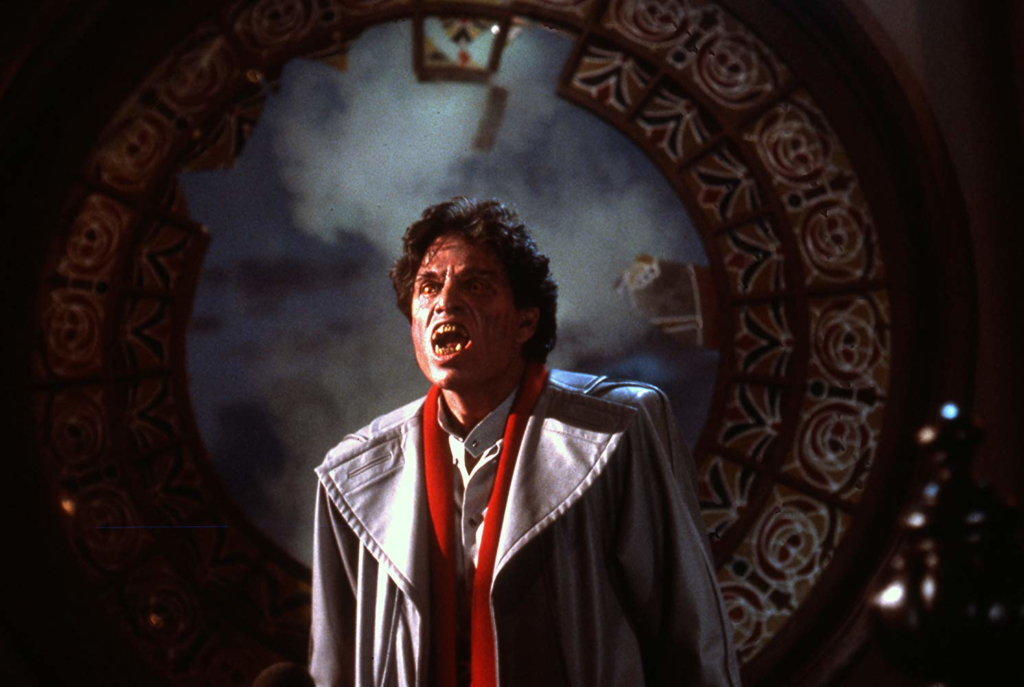 Are you surprised that people are still wanting to see stories about this homicidal doll?

I guess so. Just as a matter of convenience, I haven’t gone out of my way to watch any of them, just because I was in the first one and I enjoyed it in some ways. You move on. I don’t live in that world.

Your The Princess Bride nemesis Cary Elwes will be at Planet Comicon as well. Your character, Prince Humperdinck, was an especially vindictive villain.

Because he’s larger than life, was it tough to avoid playing him too cartoonishly?

I don’t know. You’ll have to ask the audience. I didn’t play him as if he was over the top. I played him as a guy who had major problems. He had a wife to murder [laughs], a war to carry on. As he says, “Try ruling the world some time.” It’s not easy.

When you play villains, you have to understand what their problems are and play that and not make up your mind ahead of time what the audience’s reaction is going to be. That’s up to the audience.