Chipotle does tofu the Chipotle way with its mostly satisfying sofritas 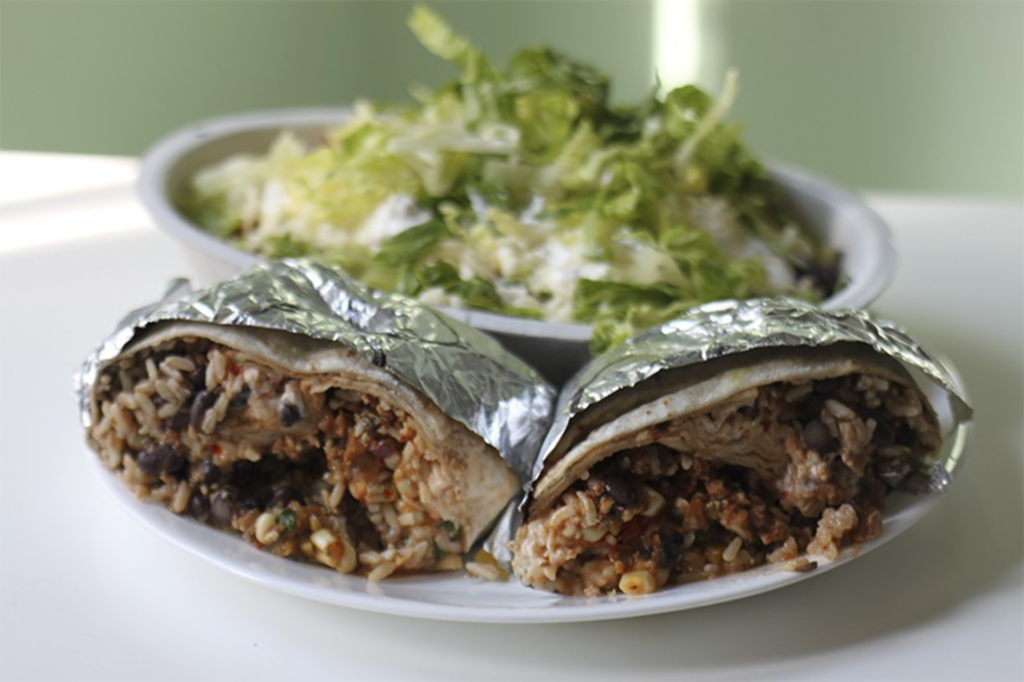 When Chipotle brought its burrito assembly line to Kansas City, I was just discovering the indignities of being a vegetarian in a carnivore’s world. The Tex-Mex fast-food restaurant offered four kinds of meat — chicken, steak, barbacoa, carnitas — but no centerpiece ingredient for vegetarians, unless you think it’s cool to pay seven bucks for beans, rice and grilled veggies wrapped in a tortilla. Feeling that I’d gotten my money’s worth meant squeezing extraneous flavors into the mix, like enough sour cream to make those peppers and onions float. I was a broke college student, and I needed more for my money.

I eventually gave up on vegetarianism. I’m lazy, and going meatless in this city was work just a few years ago. You had to look for that rare destination where the vegetarian option wasn’t basically just a salad topped with cheese between two slices of bread. Today, though, more restaurants — including affordable places here in KC — have expanded their meatless menus. And Chipotle has paid attention.

At locations around the metro, the restaurant has recently added braised tofu to its menu. The “sofritas,” as Chipotle calls the new ingredient (borrowing a Spanish word meaning “gently fried”), combines chopped organic tofu, chipotle chilies, roasted poblano peppers and what the menu calls “aromatic spices.” The result is meant to achieve a texture similar to that of ground beef.

Chipotle is good at what it does. Pretty much everyone I know has relied on some permutation of its offerings (burritos, salads, bowls, tacos) as a dietary staple at some point. So I didn’t doubt that its sofritas would be tasty. But I was skeptical about the “gently fried” concept and its suggestion of relatively healthful eating. Eager to try the tofu for myself, I headed out to lunch one day at my neighborhood franchise, at 75th Street and Wornall.

After waiting in line for nearly 30 minutes — no matter the time of day, that location hops — I finally sat down with my meal, and I was pleasantly surprised. As anyone who has prepared the stuff knows, plain tofu recalls nothing so much as slimy Play-Doh. But the peppers and spices on the sofritas gave the dish a savory, mildly spicy flavor that didn’t make me feel like I was missing out for not having ordered steak.

As for nutrition, the sofritas is lower in saturated fat but higher in sodium than the pork, beef or chicken, and it can’t really compete in the protein department, with about a third as much as any of the meats.

The second time I tried the sofritas, I ordered a salad instead of a bowl, and the large, flavorless chunks of lettuce that served as the salad’s base nearly ruined the meal. (Full disclosure: As a former vegetarian, I’m kind of a salad snob.) In addition to sticking with a burrito or bowl next time instead of a salad, I’ll stay away from hot sauce that, when I used it, saturated the tofu and overpowered the other flavors.

Those caveats aside, though, Chipotle has gotten something unequivocally right here. Vegetarians love fast food as much as meat eaters, and sofritas provides a meatless option that’s filling and tasty. And the tofu at Chipotle is a big enough meal to give you that fast-food sleepiness after scarfing it down. It’s nice when your post-burrito nap comes on because you’re stuffed and satisfied, not because your meal bored you.