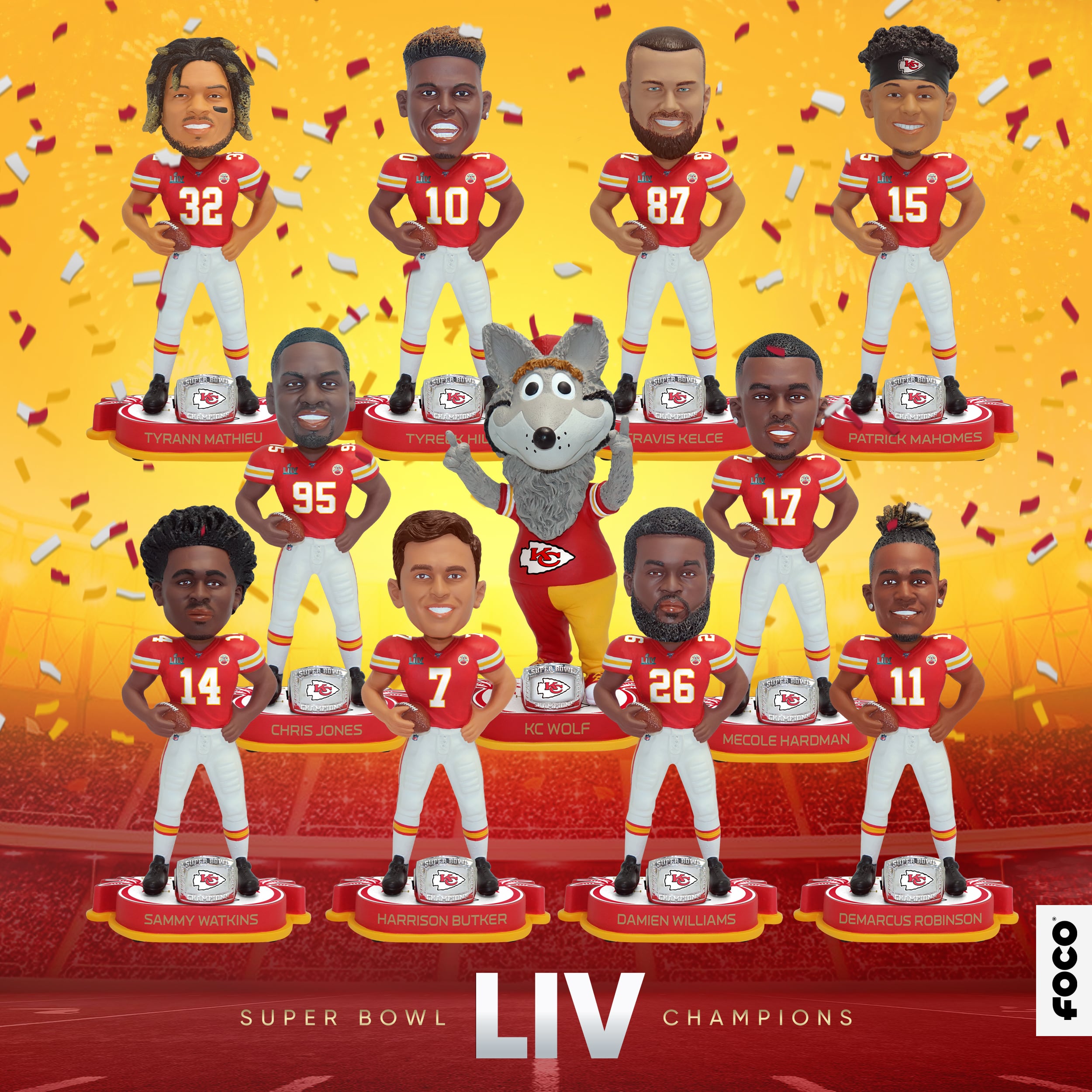 I’m a sucker for bobbleheads and it is possible you are too. That’s why we’re bringing this to your attention.

There’s an expanded set through the National Bobblehead Hall of Fame and Museum, in partnership with FOCO. This includes the Bad Luck Chuck bobblehead we’ve previously written up.

I cannot put into words how much I want a XXL of this floral print shirt, which seems the perfect way to remember our Miami victory.

If you use code FOOTBALL10 when purchasing three or more bobbleheads, you’ll receive 10% off your order. I know because that’s the code I need to get through acquiring this whole set.