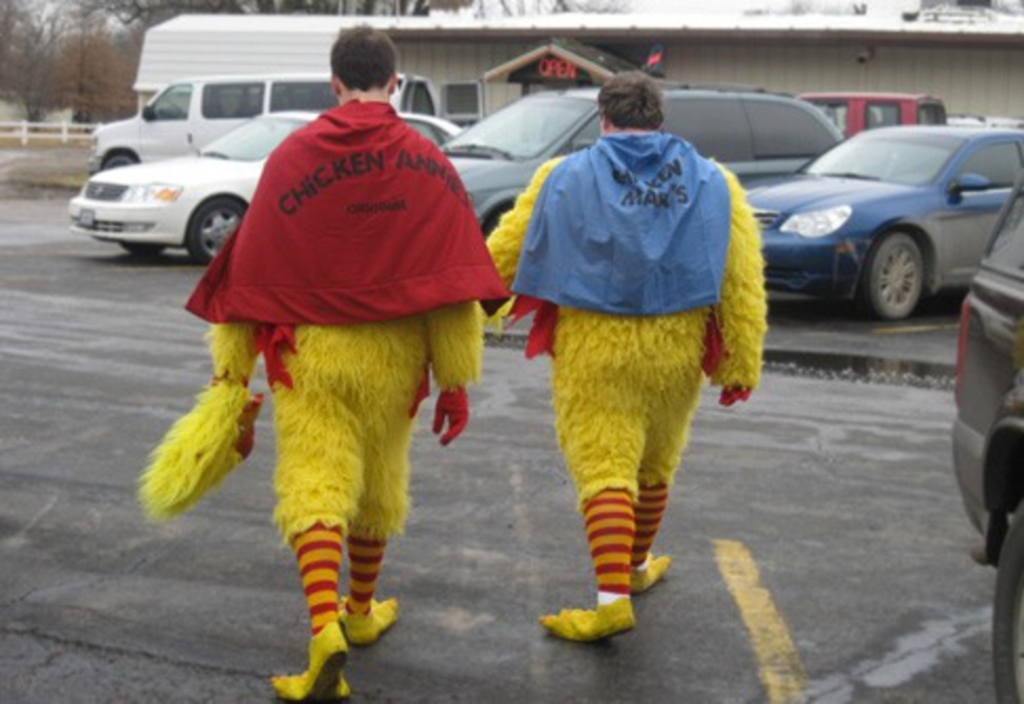 It’s no Team Edward versus Team Jacob, but Team Chicken Mary’s squared off against Team Chicken Annie’s to be named the finest fried chicken in Pittsburg, Kansas, on this week’s Food Wars.

The Travel Channel’s program pits two famous institutions in a given city against each other in a blind taste test to declare a victor in each episode. The crew was in Kansas City the last weekend of February to film a barbecue showdown between Gates and Arthur Bryant’s, and it filmed the fried chicken battle in Pittsburg January 15 to 17.

Host Camille Ford sets the scene in Southeastern Kansas, on the “little strip of asphalt known as chicken dinner road.” The show is shot beautifully with mouth-watering images of chicken in a fry-o-lator basket. The historical connection between coal mining and fried chicken is interesting as well.

The show falls down a bit when it comes to hyping the competition. Chicken Annie’s is the original 75-year-old restaurant with “thin crust,” and Chicken Mary’s is the new bird on the block at only 65 years old. Both have a superfan entered in the final blind taste test. Cookbook author Emily Farris is a third judge, and she’s joined by the town’s sherriff and a superfan from Pittsburg State University.

I won’t tell you who wins, but I will tell you there’s something off in the judging (or editing). One of the restaurants receives a vote during the tasting from the sheriff, who then talks about voting for the other restaurant in his exit interview [I’ve got a call into Travel Channel and will update this post when they get back to me]. But what’s a competition without a bit of controversy?

This is one to watch on your DVR — especially to capture the judging aberration at the end — because with commercials and some repitition of facts, the actual show runs about 18 minutes.