Chefs just want to have fun 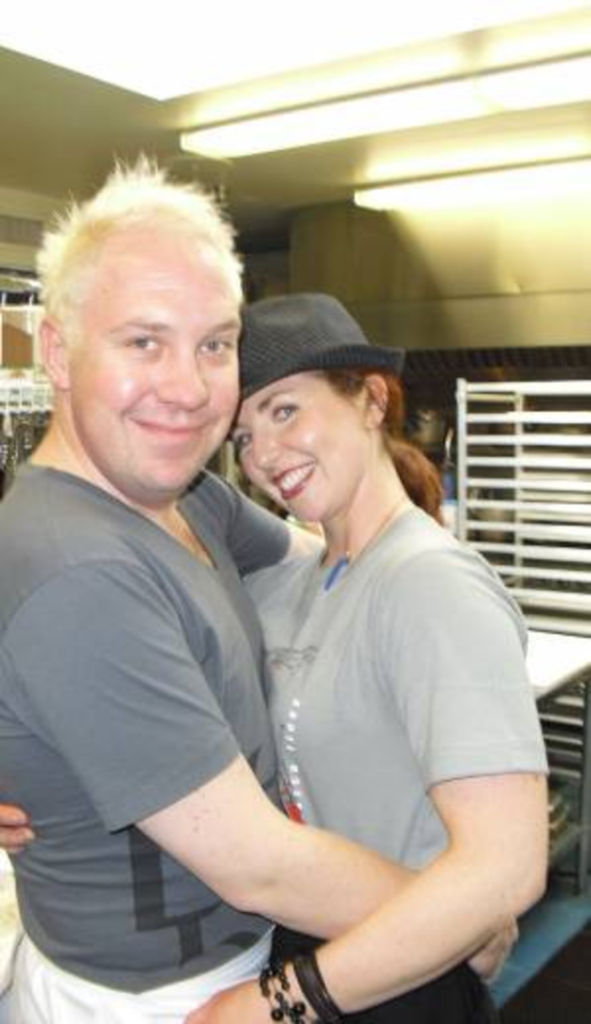 You might think the last thing that any local chef would want to do on his or her day off would be to stand around in a kitchen and cook, but yesterday a group of high-profile culinary stars — including the American Restaurant’s Debbie Gold; Alex Pope from the R Bar; Jason Wiggins, the new young chef at the Aladdin Hotel; and gregarious Marshall Roth — the corporate chef from the McClain Restaurant Group in Independence — gathered in the kitchen of Renee Kelly’s Caenen Castle in Shawnee for the third “Chef’s Fun Day,” organized by Marshall Roth and Renee Kelly, the beautiful young owner of the suburban catering castle.

Roth and Kelly decided to organize the once-a-month chefs-only party a few months ago.

“We decided that we wanted an opportunity for chefs to cook together, hang out and leave our egos at the door,” said Roth. “We wouldn’t come in with any plan of what we wanted to cook, but bring food that hadn’t sold at our restaurants the previous week — a literal hodgepodge of ingredients, usually — and just have some fun.”

To add even more high spirits to the gathering, professional “wine and spirits business strategist” (that’s what his card says) Paul Charles Lipske brought along an array of wines and liquors.