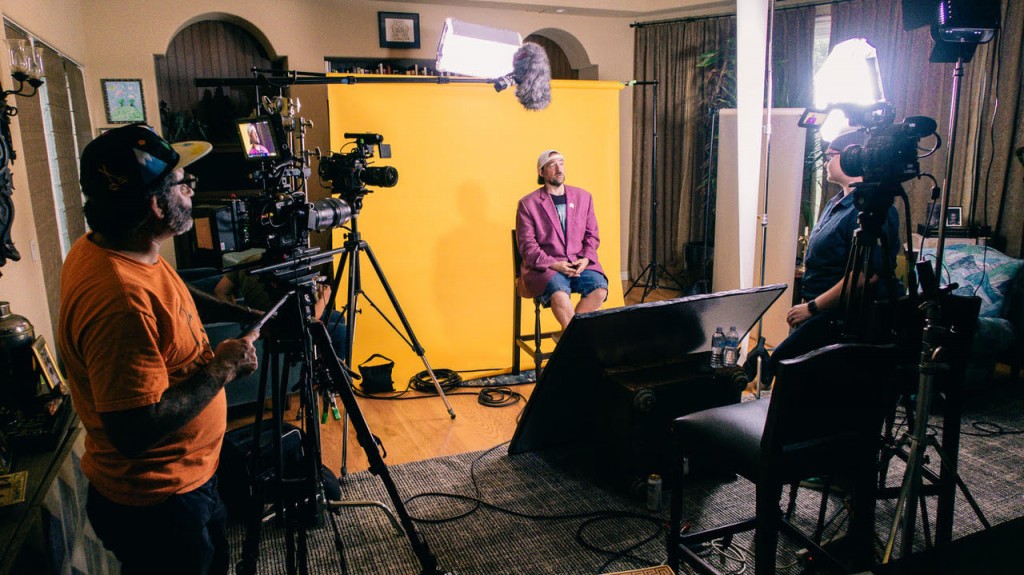 Mid-America Arts Alliance (M-AAA) announced the recipients of its Artist Innovation grant for FY22. Sixteen individual artists and organizations were awarded up to $15,000, totaling $226,500, for their creation or production of new artwork. Projects receiving the grant range from independent films to visual art and the artists or companies come from all across the Midwest.

Olathe filmmaker Sav Rodgers was one of the artists who received the grant. He received $15,000 for the creation of the documentary Chasing Chasing Amy. The documentary examines the impact that the 1997 film Chasing Amy, a 90s’ rom-com, and one queer had on Sav’s life versus the controversial effect the cult classic film had on the broader LGBTQ+ community. While unpacking all of this in the film, Sav also begins to accept his authentic self and comes out as a transgender man. The documentary is set to be released in 2022, which coincides with the 25th anniversary of Chasing Amy.

Independent filmmaker Rodney Thompson, who was born and raised in KC, also received $15,000 to help produce the film his newest film The Marble Rebellion, which explores the interworking of personal relationships between adults and children—in this case, a grandfather and his grandsons. It reveals the reversed dynamic of power that happens in a relationship as grandchildren get older and begin to impose their power on an unsuspecting adult.

Other local artists or organizations that received grant money include InterUrban Arthouse, which highlights social justice issues like racial inequality in KC and creates conversations about the issues, the St. Louis Black Repertory Company for the co-production of Dontrell, Who Kissed the Sea with the Nebraska Repertory Theatre, which will be performed at the Edison Theatre in spring 2022, and Tru Born (Anthony Michael Peterson) for The River Runs Through Me, a new participatory performance that brings live audiences on a journey through the music born of the African American experience.