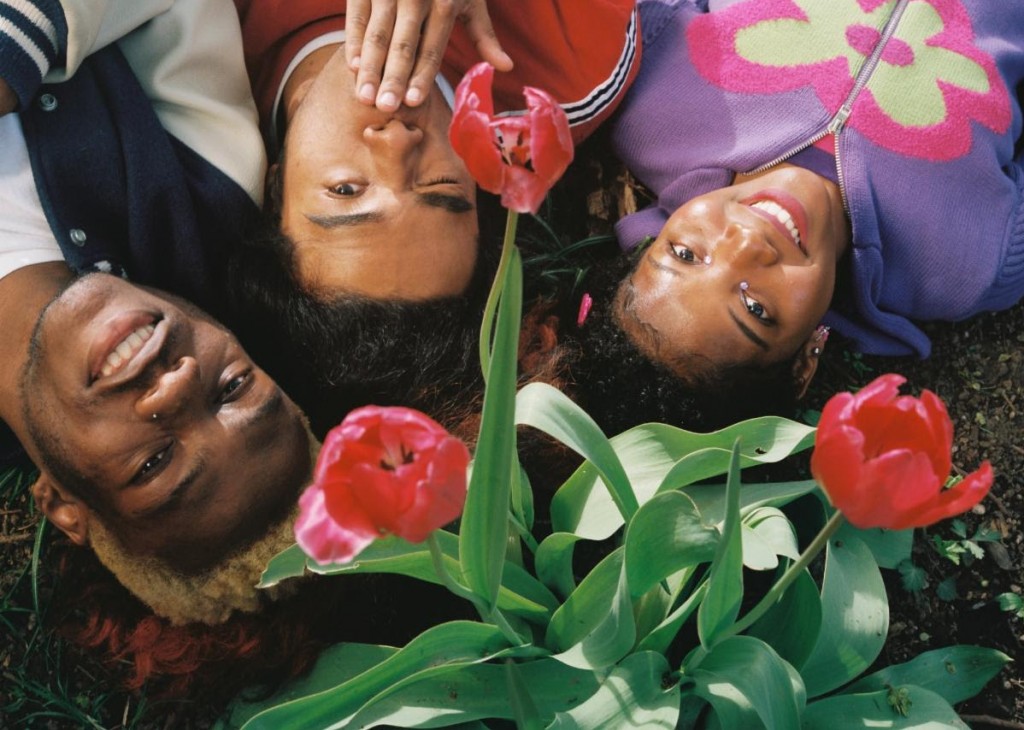 Over the past couple of years, it’s been a real delight to see The Babe Gabe, TyFaizon, and Deiondre go from self-releasing their albums on Bandcamp to signing with the UK-based label Dirty Hit, home to the likes of The 1975 and Beabadoobee.

As a matter of fact, it’s the latter of those bands whom Blackstarkids is on tour, capping a year that has seen the band open for both Grouplove and Glass Animals, play Riot Fest, and release their latest, Puppies Forever.

Ahead of the band’s hometown set opening for Beabadoobee at the Truman this Sunday, December 5, I hopped on Zoom to catch up with TyFaizon and see where the band is right now.

The Pitch: You guys played Riot Fest, then toured opening for Grouplove, Glass Animals, and now Beabadoobee. You went from playing no shows to playing all of the shows.

TyFaizon: Yeah. We play a show like every day now, which is crazy. I don’t know. There are no words for it.

How did you get into live show touring shape before you started doing all of this?

We had honestly been expecting to do a lot of shows. The plan before the pandemic was to do a run of shows just around Kansas City or wherever we could go to do shows and just do as many as we could. It was impossible ’cause of the pandemic, but we practiced all throughout the pandemic with the band and we’d go over the setlist and just show them different shit like that. Just a lot of practice. You think you’re prepared for it as much as you can be, but at a certain point, you just have to ignore how afraid you are and just going to have to get out there.

At that Grouplove show, within the first three songs, I watched the crowd go from being like, “I’m kind of into this” to–by the end of it–being stone-cold fans. How does that feel?

It’s always a good feeling, feeling like you won a crowd over. Then there are some nights where you know that you really, really won the crowd over and it’s like, “Damn,” and that’s always a really good feeling. It’s not really a feeling that you sit in for too long. It’s a constant chase to capture that. After you do one night, you’re not really thinking about that night that you did it–you’re thinking about how you do it again.

When we talked before Whatever, Man came out, you all were really excited about being on Dirty Hit, because you were sharing the same label with Beabadoobee, and now you’re opening for her. How has it been, getting to play shows every night with an artist that you’re such big fans of yourselves?

It’s an experience not really like anything that you’ve done before because you’re playing with somebody who you admire–somebody who inspires you–and it’s just crazy to be able to share this experience with them. This is something that I know that we’ll always look back on.

It seems like every album is a step forward for you all. Where did these songs come from, as opposed to the ones off of Whatever, Man? It seems like they came from a different place.

Yeah. I think when we started making Whatever, Man–before we even signed the deal–and made the second half of it after, but I feel like the first half of it, we were just coming off of the high of being together all the time. We put out Surf and kids locally liked it. It just felt super-good just to see people enjoying the shit we were making, but then after that? The high of signing the deal was probably the happiest we’ve ever been in.

That point versus Puppies was different because we still had those things going on, which did feel good but outside of that, we were just dealing with some personal life problems, some relationship issues. And then, you know, it was cold as fuck when we were making Puppies Forever. It was more summer when we were making Whatever, Man. I don’t get how people can be liking winter when it’s fucking cold and shit. You go outside and it’s cold as fuck, and you’d be miserable. So that’s where a lot of Puppies came from.

One thing I’ve always really loved about Blackstarkids is sheer number of videos you create. The production values for the stuff off of Puppies Forever seem a bit higher. Is that because of having a little bit of label money behind you?

The vision is still there. We still do the videos the same way, where it’s Jerry P. handling all of that shit and I’m coming up with the ideas. I’m probably going to continue to do it that way for as long as he wants to do it that way but yeah, we definitely have more of a budget. For the Surf videos, the budget was nothing. So to have money helps a lot and definitely helps us level up.

After all these tours, you’re making your triumphant hometown return in December. How excited are you all for it?

That’s going to be a good feeling–just to be around something that you’re familiar with, because it’s amazing going to see all of this shit that you’ve never seen before, but after doing all that, I feel good about, “Okay, I know where I am. I know where I’m going now.” That shit.

Blackstarkids open for Beabadoobee at the Truman on Sunday, December 5. Details on that show here.