Blackstarkids’ Dirty Hit debut Whatever, Man is really something special 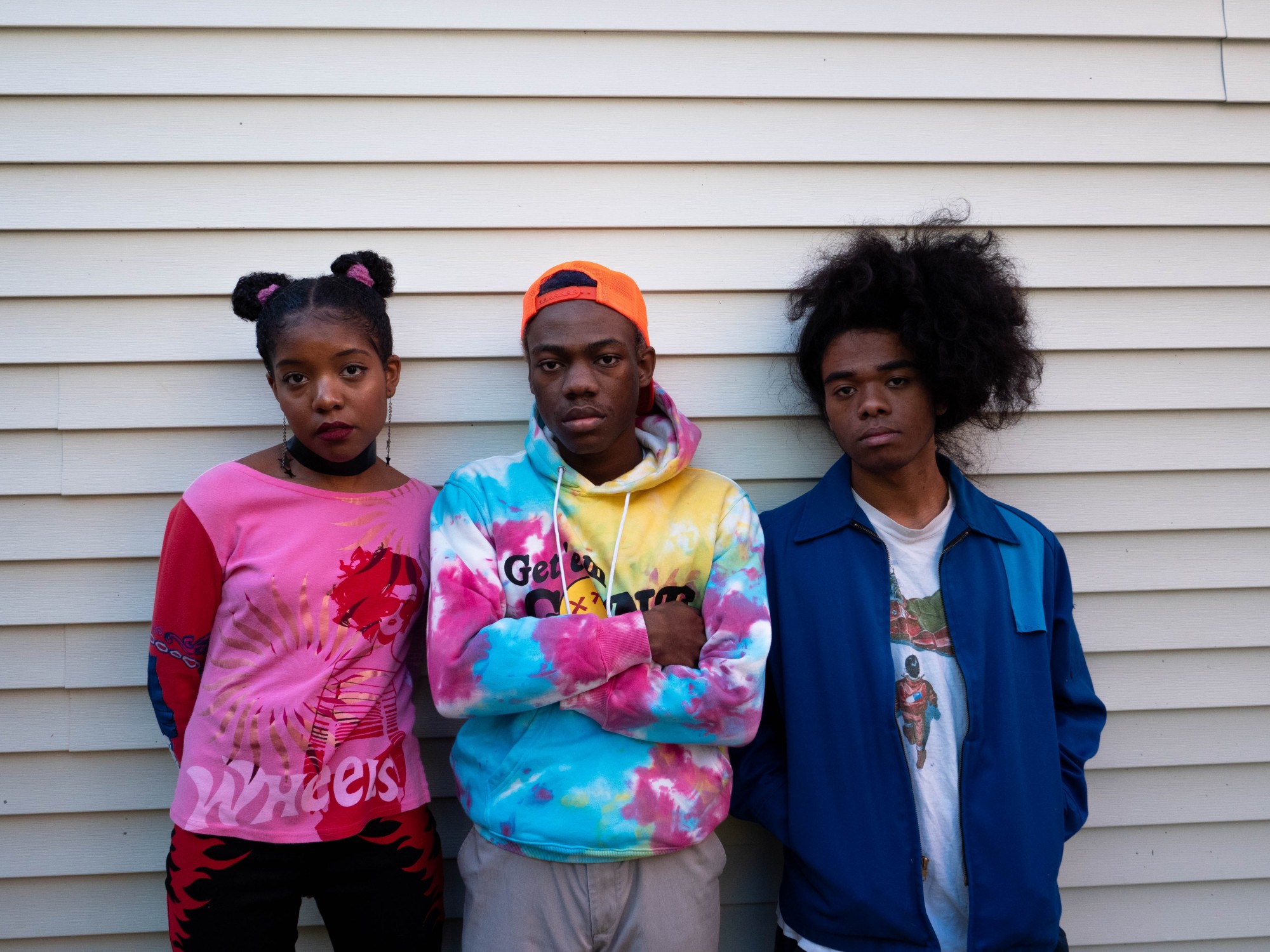 For Whatever, Man, their third album in as many years, Kansas City’s Blackstarkids have taken their hazy pop jams and polished them into absolute gems. While Surf, released right at the end of February, heralded the fact that this trio was a force with which to be reckoned, full of laid-back bops like “Too Depressed 4 Sex” and “How I Met Your Mother,” their new album looks to take them beyond the confines of Kansas City and take them worldwide.

This is courtesy of the fact that earlier this year, Blackstarkids signed with UK-based label Dirty Hit. The label is home to the likes of massive indie faves like The 1975 (who run the label), as well as Beabadoobee, Pale Waves, and Wolf Alice, making it the perfect fit for a genre-defying collective like Blackstarkids.

“When quarantine first started, I started hitting up Kansas City labels, just to see what we could do,” explains the group’s TyFaizon when I spoke with the trio via Zoom. The original plan was to try to do a single release of Surf‘s “Wigs,” as part of a small plan to keep pushing that album. Nothing worked out, so Ty began sending out music to bigger labels.

“I thought about sending it to Dirty Hit, but I almost didn’t, because it was by far the biggest label,” Ty continues, while Deoindre and The Babe Gabe, the other members of Blackstarkids, laugh in the background. “But I was like, ‘Why not? Let’s just see what it does.’” 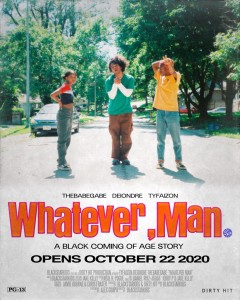 What it did was result in an email waiting for Ty when he woke up the following morning. The label’s A&R person, Chris Fraser, reached out, and the next thing he knew, Ty was on an hour-long call with Fraser.

“We talked about music and stuff, and I was like, ‘That’s nothing, we’re probably never gonna hear from them again,’” he laughs. “I wasn’t trying to get my hopes up, but he was like, ‘We’ll be in touch.’”

20 minutes later, Ty was on the phone with Dirty Hit co-founder Jamie Oborne, saying that he wanted to sign Blackstarkids.

“It just happened like that,” Ty says. I can see all three members grinning in joy as they recollect the moment and ask how big of fans they are of Dirty Hit acts. Deoindre instantly begins enthusing about The 1975.

“I was a huge fan when Ty first met me – like, super-heavy into their second album,” Deoindre explains. Ty got into them because of Deoindre, whom he describes as “a big stan” of the British group.

“Before we even started talking to them, they were putting out singles for Notes on a Conditional Form, and those were a big inspiration for some of the songs on Whatever, Man,” Ty says, also going on to say that the label’s Beabadoobee was another inspiration, due to the fact that she was the same age as the members of Blackstarkids: “She’s doing what I have in my head.”

The reception thus far to the music off Whatever, Man, has been pretty impressive. The album’s second single, “Frankie Muniz,” was co-signed by the former Malcolm in the Middle co-star himself, although, the lead-off track, “Britney Bitch” has thus far not elicited a reaction from the pop star, though not for lack of hoping.

“People keep saying that’s gonna happen, but that would be insane,” Ty says, with The Babe Gabe chiming in to offer, “That would be iconic, really.”

While Blackstarkids have yet to have the “what the fuck?” moment such as that, their performance as part of the Finsperry virtual livestream festival benefiting the UK’s National Health Service spun their heads around.

“We did it, not really knowing what it was, honestly,” Ty explains. “It was just crazy, reading the reactions to our set, because they were really hyping us up. It was hundreds of people tweeting about us at once. I’d never witnessed anything like that: just hella people talking about us and seeing people discover us in real-time.”

It’s quite the rise for a group who started in Raytown. While the members of Blackstarkids have known each other since high school – Ty had been Instagram friends with Deoindre and they met in person at a release for Ty’s previous group, the hip-hop collection Dropdead XX, and had met The Babe Gabe when they went to Raytown South together – it wasn’t until early 2019 that the two separate projects Ty had with each of the other members came together as one act.

“I decided, ‘Let’s bring that together and have it like be a group,’” explains Ty. “Because I always knew I wanted to do a group like this. I’m like, ‘These would be like the perfect people.’ One day, it just clicked in my head that it would make sense to be us. We got together in early 2019 and we started making Let’s Play Sports the first time we ever hung out.”

Surf was born out of a desire on the part of all three members to really do something which would catch. Ty was reeling from the fact that Dropdead’s Dirtbike hadn’t taken off the way the group had intended, Deoindre’s family had moved away from the area, and Gabe was working at what she described as a “lame” job.

“These guys had their side projects, but I was kind of not doing anything,” she explains. “I didn’t even know how to make beats, really, so when these guys said they wanted to do another project, I was really excited because I love making music and we just worked really well together, so I knew that we were going to make something special.”

Surf was—and is—pretty special, and Whatever, Man looks to be the same. The initial response from fans worldwide is almost universally positive, and the band’s first-ever piece of merch (a t-shirt featuring Blackstarkids’ name in The Powerpuff Girls‘ font) sold out in less than a day. For the time being, at least, if you express your opinion of the band online, you can expect Ty to reply.

“All we know is social media,” he explains as we finish up. “I might as well just talk to people. I think people don’t realize we’re not famous, so when they say stuff about us, we see it. Everybody who says nice stuff about this – I really appreciate it. I appreciate everybody who even takes the time to show interest in what we are doing, because they don’t have to, so anybody who supports us it means the world, so I try to reply to everybody who I see say something and show gratitude.”

Blackstarkids’ Whatever, Man is out now via Dirty Hit.