Cass County judge who ordered transgender teen to submit to a mental evaluation exceeded his authority, Court of Appeals rules 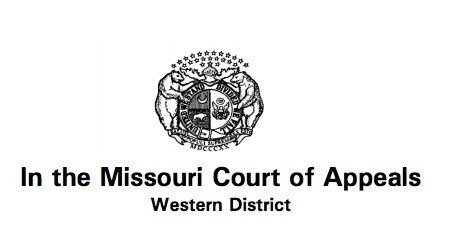 In July 2015, a fourteen-year-old transgender individual sought a name change in Cass County Circuit Court. The teenager, birth name Natalie, identifies as male, and wanted to change his name to Nathan. His biological mother, who filed the petition, testified during a hearing that her child had gone by the name Nathan for approximately two years and was known by that name at school. She stated that the name change was in his best interest and would not be detrimental to the interests of any other persons, per the requirements of Missouri state law.

“Yes, this is fully my idea,” Nathan told the judge.

Wagner was unconvinced, and recommended a guardian ad litem be appointed to satisfy his concerns. Nathan, his mother, and their attorney refused to consent to an appointment of a guardian ad litem. At that point, Wagner ordered that Nathan undergo a mental evaluation.

“I wanted a guardian ad litem appointed to do that investigation, but that wasn’t — again, that was objected to and that’s your guys’ right to object, so what I am going to do is order that the child submit to a mental evaluation,” Wagner said.

Nathan’s attorney then filed a writ to prohibit Wagner from enforcing his order and requiring the judge to grant the name change. The Missouri Court of Appeals issued a preliminary writ of prohibition in favor of Nathan. Today, it made that writ absolute — essentially, prohibiting the enforcement of the judge’s order that Nathan submit to a mental evaluation.

In its opinion, the three-judge appellate panel (Judge Lisa White Hardwick, Judge Gary D. Witt, and Judge Karen King Mitchell) noted that, although the court may order a mental examination “in an action in which a party’s mental condition is in controversy, good cause is shown, and notice is given to the party to be examined and to all other parties,” Wagner failed to establish Nathan’s mental condition was in controversy.

You can read the full opinion here.