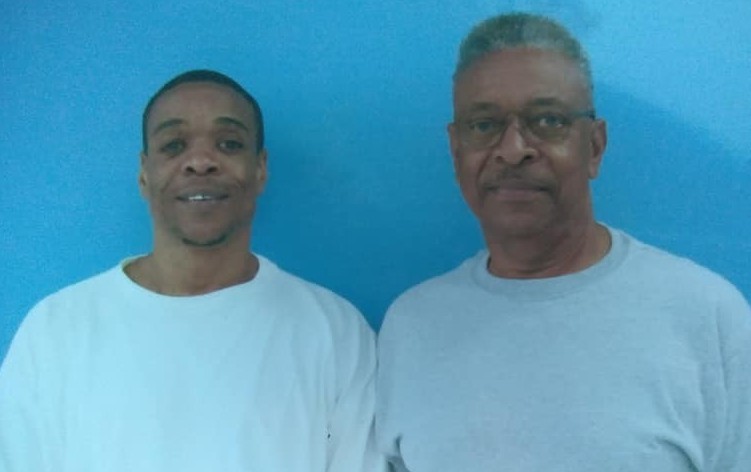 An old photo of Keith Carnes and his father. // Courtesy of Latahra Smith

Keith Carnes has spent 19 years behind bars serving a life sentence with no chance for parole for a murder that he and others say he didn’t commit.

The prosecution of Carnes has been suspiciously sloppy from the beginning. In his first court appearance, a jury found Carnes guilty, but prosecutors brought a surprise witness on the last day of arguments.

Contrary to many movies, using a surprise witness is largely illegal. Not allowing Carnes’ public defender a chance to cross-examine or depose the witness violates the writ of habeas corpus. Because of this, the judge ruled a mistrial and granted a new trial for Carnes.

Carnes was found guilty again in the second trial, but potentially exonerating evidence was unearthed between conviction and sentencing. Multiple appeals have been filed by Miracle of Innocence, a nonprofit that now represents Carnes. Despite mounting evidence in favor of Carnes’ innocence generated by the non-profit KC Freedom Project, those appeals have been unsuccessful.

However, Judge William E. Hickle was assigned to determine the facts of the case by the Missouri Supreme Court. Judge Hickle submitted a 114-page report where he concluded:

“Mr. Carnes was a victim of public corruption,” says KC Freedom Project founder Latahra Smith. “The police said Keith Carnes sells drugs, and we couldn’t get him for that, so we’ll get him for a murder he didn’t commit.”

The crime in question is an Oct. 2003 shooting on the 2900 block of Prospect Ave. that resulted in the death of Larry White. Two witnesses later claimed they could identify Carnes as the shooter.

Despite no physical evidence connecting Carnes to the shooting, prosecutors forged ahead with the case. The strength of the prosecution’s charge rested in witness testimony and that Carnes has a glass eye. Then Jackson County Prosecutor Dawn Parsons brought up Carnes’ eyepatch often, including during final arguments.

“I think the most important key piece of evidence is the defendant’s unique identifying characteristic. He has a patch,” said Parsons in 2005. “He’s probably the only drug dealer in Kansas City with an eye patch.”

Both eyewitnesses have since reversed their statements, saying that Carnes was not White’s killer. Both named another man the shooter, who was present at both the crime scene and the courtroom audience when the two took the witness stand.

In new sworn testimony, the witnesses say their dishonesty in the primary testimonies came from fear of the real killer as well as coercion by prosecutors and police to name Carnes.

“He did not kill that man, and I’m tired of this,” says Lorianne Morrow, one of the critical eyewitnesses. “I was told to tell those lies, and I feel bad. It’s hurting me inside, and I just want to get it out.”

The freshly uncovered evidence includes additional early testimony and recovered bullet casings obtained a day after the murder. In the suppressed report, officer Vernon Huth interviewed witness Wendy Lockett, who identified the shooters as only “two black males.” Lockett described the scene as two men chasing White around the side of a nearby apartment building and up the street while shooting at him.

Lockett gave no description of Carnes or further details about who committed the crime in the unseen-until-recently police report. There was no mention of an eye patch, which was considered a lynchpin in the original case against Carnes. In a second and formal statement taken by police a week after the killing, Lockett injected an eye patch as a primary detail.

Investigators spotted additional bullet casings found along the side of the apartment building five minutes after speaking with Lockett, which further supports Lockett’s initial, unamended statement. Hickle concluded that the most truthful version of Lockett’s testimony was this initial interview—her later accounts of the night varied wildly.

Prosecutors said that Carnes’ eyepatch was so distinctive that no reasonable person could misidentify him. In light of the new facts, Judge Hickle writes that he agrees with the argument, but now the opposite is true as he believes Lockett would have mentioned an eyepatch the first time.

KCPD’s lead detective for the case, Robert Blehm told Judge Hickle that he “did not recall” if he had turned over this evidence—a claim Hickle deemed unpersuasive.

Latahra Smith says that the legal team for Carnes has petitioned the Missouri Supreme Court for immediate release that could come at any time. Carnes’s supporters are hopeful, and Smith expects a new trial at an absolute minimum.

Countering Judge Hickle, Schmitt says the accusation of KCPD withholding evidence is without merit and that the new evidence presented is merely a new spin.

Neither Schmitt nor Judge Hickle will determine the fate of Carnes; it’s up to Missouri’s highest court to decide. Hickle’s report is limited to identifying known facts of the case and does not speak to questions of law.

Hickle was tasked with telling the court what happened and who to believe. That report shows that the prosecution’s case is too circumstantial to hold weight. Whether this leads to rescinding a two-decade miscarriage of justice is now in the court’s hands.