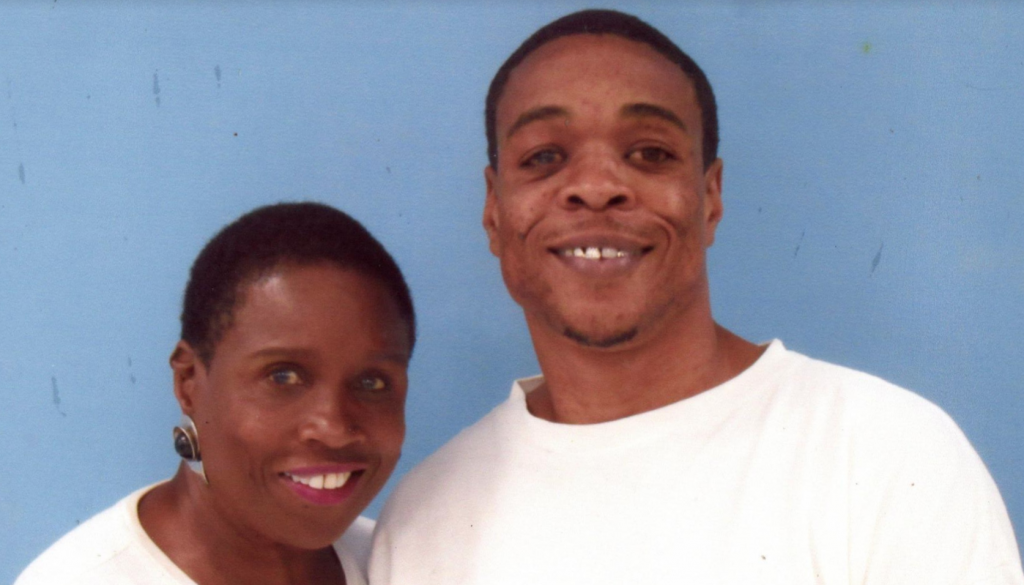 In 2014, The Pitch shared the story of Latahra Smith and her work advocating the innocence of Keith Carnes—a former drug dealer who was convicted of murdering Larry White, a rival drug dealer in 2003.

Since Carnes was convicted of first-degree murder and sentenced to life without parole in 2006, more evidence has been found causing further questions to be raised regarding Carnes’ innocence.

Carnes team first filed an appeal in the 43rd Judicial Circuit Court in Cameron, DeKalb County, where Carnes was incarcerated at the time. After losing that, they refiled the same petition in the court of appeals in Kansas City—then in the Missouri Supreme Court after that loss.

On Sept. 17, 2020, Carnes’ legal team filed a habeas corpus petition in the Missouri Supreme Court, finding former evidence that Carnes’ conviction was built on unfactual information. If they win the habeas corpus case, they will get a new trial and it’s up to the prosecutor to decide whether or not to try it again. It is rare for a prosecutor to try a wrongful conviction case again.

The petition for a writ of habeas corpus requested the appointment of a special master since Carnes never had a hearing in the circuit court. On Dec. 22, 2020, the Missouri Supreme Court appointed a special master to oversee the case. The 25th Judicial Circuit Judge, the Honorable William E. Hickle has been chosen for this role. The 25th Circuit Court is where Carnes is currently incarcerated. The evidentiary hearing in front of the special master is scheduled for Sept. 23, 2021.

The petition for a writ of habeas corpus was built on the following:

“Filing in MO supreme court asks to observe 1) freestanding claim of actual innocence under Amirine and the Due Process and Cruel and Unusual Punishment clauses of the Missouri and United States Constitutions; 2) process claim based on the undeniable fact that his convictions were based entirely upon the perjured testimony of Ms. Lockett and Ms. Morrow; and 3) a Sixth Amendment claim arising from Mr. Toney’s and prior retained counsel, Mark Forest’s conflict of interest involving their prior and ongoing representation and relationship with [a former suspect].”

Both eyewitnesses—whose statements were used against Carnes—recanted their statements in 2014.

In her official affidavit, the first eyewitness stated that she was pressured by then-Jackson County prosecutor Amy McGowan to identify Carnes as the shooter. McGowan threatened that the witness would be held in jail until she agreed to testify against Carnes. Her recantation was witnessed and signed by former Board of Police Commissioners Alvin Brooks.

The second eyewitness experienced similar pressure from McGowan. According to her recantation, when the witness identified another murder suspect from a photo lineup, McGowan pressured her to instead go along with others who had identified Carnes as the killer. The affidavit also states that McGowan instructed the witness on what to say at the Carnes’ trial and disclosed to her the location of the shell casings connected to the shooting of White. Her original statement used against Carnes also does not match that of Lockett’s.

“Even before [the witnesses] recanted, their accounts of what happened were inconsistent with each other and inconsistent with the ballistics evidence, regarding the nature of the gunshots and the fatal wounds,” says Kent Gibson, an attorney on Carnes legal team. “The physical evidence shows it couldn’t have happened the way they described how the killing took place.”

After leaving Jackson County, McGowan served as a prosecutor in Douglas County for nearly 15 years before retiring in November of 2019. She has been accused of multiple wrongful convictions throughout her career and of withholding evidence in support of innocent clients she served—most famously that of Ricky Kidd, who was convicted for a double murder in 1996 in Jackson County and spent 23 years in prison before being exonerated in the fall of 2019.

Smith’s KC Freedom Project played a key role in action being taken against McGowan, protesting in Douglas County over the summer of 2020. These efforts did not go unnoticed. On Oct. 2, 2020, McGowan had a hearing before the Missouri attorney disciplinary panel. Ultimately no conclusion was reached and the next has yet to be scheduled. Further disciplinary action might include public reprimand, probation, suspension or disbarment to be taken against McGowan.

Another integral piece in Carnes’ case being reopened was the role of his former attorneys, Willis Toney and Mark Forest.

Toney was the defense attorney who represented Carnes at both the trial and during Carnes’ appeal. Toney had a conflict of interest in representing Carnes because he had previously represented another person suspected of White’s murder.

Further, Toney forged Carnes’ signature on a form, signed “Kevin Carnes” that Carnes saw for the first time years later, and confirmed as to never having seen before. The name signed was “Kevin Carnes” and a forensic expert hired by Smith, a private investigator in Carnes’ case, concluded that the signature on the form was not Carnes.

Before Forest was the attorney of record for Carnes, he gained access to a discovery file titled referring to a case the state of Missouri brought up against a previous suspect in White’s murder.

On the discovery receipt form, the original suspect’s name is crossed out and “Keith Carnes” was written over it. Forest gave the previous suspect access to the case file—which the suspect admitted when questioned by the KCPD, according to court records. The previous suspect allegedly paid Forest to represent Carnes so he could gain information that might help prevent him from being seen as the perpetrator. This was a clear breach of Carnes’ right to a fair trial.

Both Toney and Forest failed to return calls for comment.

Case Opening and the Role of Special Master

Multiple appeals were made by Carnes’ current legal team to have his case reopened on a local level. The team was unsuccessful in the circuit court of appeals and was able to file the habeas corpus in the Missouri Supreme Court after losing in the lower courts. The courts appointed a special master, which is typically a good sign that there is some merit to the case. However, this does not mean the case has been reopened.

The special master is a finder of facts in place of the Missouri Supreme Court. The appellate courts do not have the ability to hear evidence or make findings of facts—they can only determine the legal issues in a case based upon the findings of fact.

If there needs to be more facts developed, the courts will appoint a special master—typically an active or retired judge—to act as if they were a trial judge and make findings that will go back to the Supreme Court. The master will generate a report at the conclusion and provide it to the courts. The court then has the ability to either adopt or reject the findings.

“Special master is a court rule that allows appellate courts to appoint a special master when there needs to be a factual record developed for them to decide the case, which, since we didn’t get a hearing when we filed his habeas petition in the circuit court, then if it’s a fact-intensive case, usually the Court of Appeals will appoint a special master. That’s what they’ve done,” Gipson stated.

This action is promising because recent exonerations like that of Donald Nash, Lawrence Callanan, and David Robinson were also appointed special masters. This next step in Carnes’ case offers some hope for his own exoneration.

For Smith, who has been involved in seeking justice for Carnes since 2014, the September reopening means everything.

Donations can also be made to KC Freedom Project, a low-cost & pro bono investigative service based in KCMO founded by Latahra Smith, who has been an investigator for Mr. Carnes since 2014.