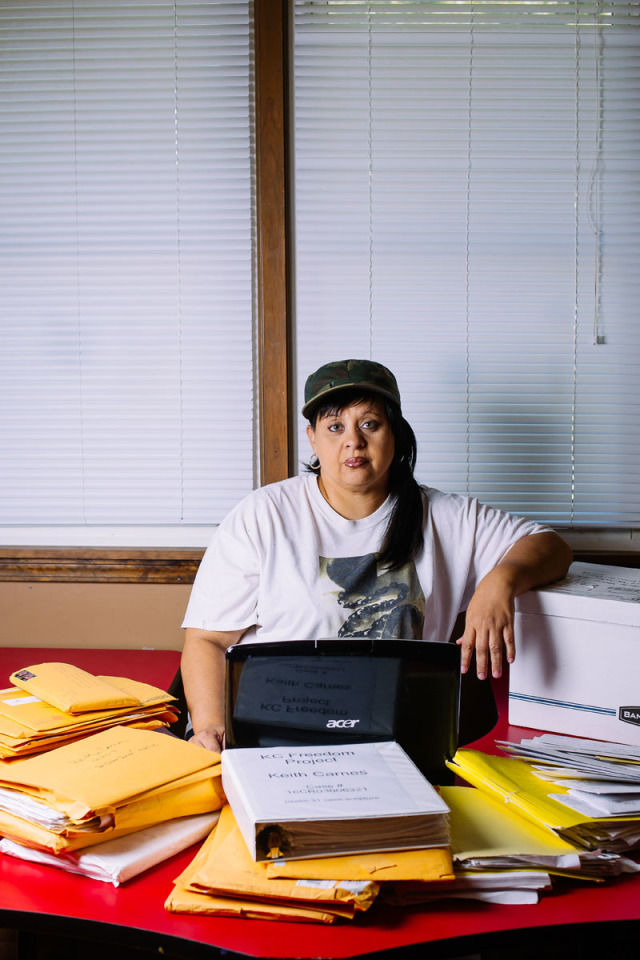 Keith Carnes, who was convicted in 2003 of murder, should receive a new trial because the prosecution’s two star witnesses have recanted their testimony, according to a motion recently filed in Jackson County Circuit Court by Carnes’ attorney, Kent E. Gipson.

New evidence of police and prosecutorial misconduct, and new witnesses who say Carnes was not the killer, would result in an acquittal if a new trial were held, the motion reads.

It took two trials to convict Carnes, in 2005, of first-degree murder and armed criminal action in the shooting death of Larry White, who was 24 at the time and a rival drug dealer.

In the motion, Gipson gives credit to Latahra Smith, the director of the KC Freedom Project, who took on Carnes’ case in 2014 pro bono and uncovered considerable new evidence and perjured testimony suggesting that Carnes, who is now 46, could not have committed the murder. “KCFP director Latahra Smith has conducted an extensive investigation into the facts of the case and interviewed numerous witnesses, which has uncovered clear and compelling evidence that Mr. Carnes is innocent,” Gipson writes.

Gipson says a status conference will be held so that he can plead his case to Judge Patrick W. Campbell to schedule the evidentiary hearing and allow the judge to determine if a new trial should be held.

“We are hoping with such a strong case, they will let the evidence be heard,” Gipson tells The Pitch. “That seems imminently reasonable to me. We want to correct a miscarriage of justice.”

The shooting occurred in a parking lot near 29th Street and Prospect Avenue on October 6, 2003. A few days afterward, Wendy Lockett and Lorraine Morrow were picked up by Kansas City police detectives and were coerced to say that Carnes had committed the crime, even though one of the women saw another man shoot White, according to the motion.

But the women contradicted each other in their testimony.

Both witnesses have since said in sworn affidavits that they lied at trial, the motion says.

In addition, Smith has found at least three people who say they saw the shooting and that the trigger man wasn’t Carnes; her interviews include several other persons who say they were with Carnes in an apartment at the time of the shooting, including a doorman who “kept tabs on each person that entered or exited the building,” the motion reads. In a sworn affidavit, the doorman said Carnes remained inside and on the apartment porch during the incident that led to White being shot.

Many of these people were available to testify but were never questioned by police, according to the motion.