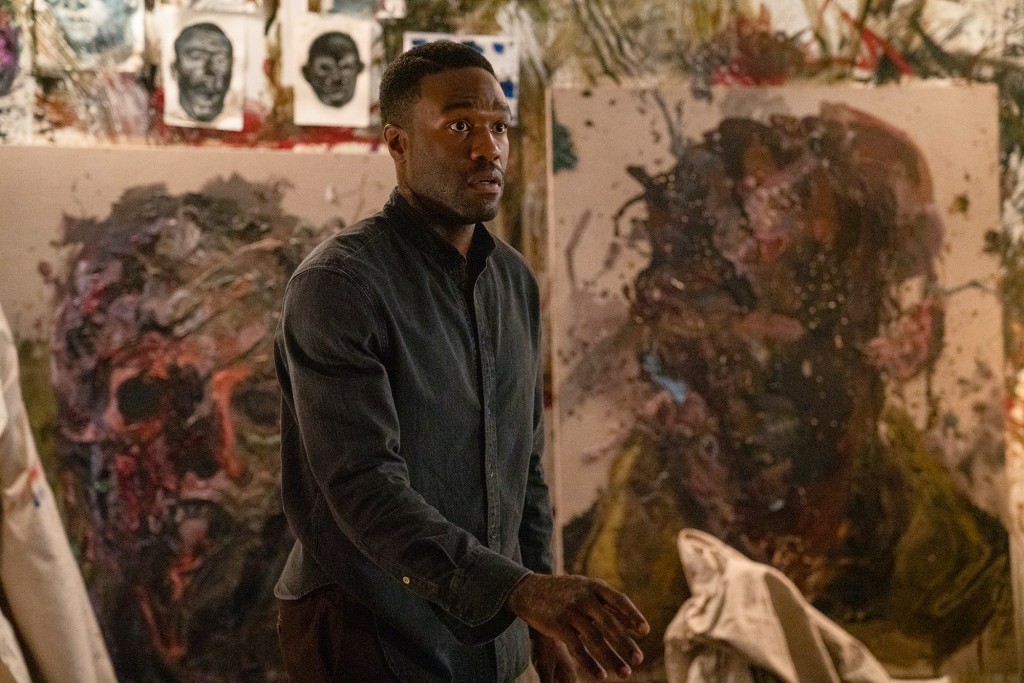 Candyman is one of those horror icons that transcend the material. The original 1992 film is excellent, but Tony Todd was only given two more sequels in the ’90s—both of which are best left unremarked upon. It is sort of impressive that the hook-wielding character of Daniel Robitaille, his bees, and his “sweets for the sweat” catchphrase are all part of the murderer’s row alongside Freddy and Jason, despite having only a single great entry.

More importantly, the original Candyman tackled social issues like race in a manner that was progressive for the time, but that 30 years later requires some serious updating. And when would be a more apropos time than now?

Nia DaCosta and her co-writers, Jordan Peele and Win Rosenfeld, bring a bucket of ideas to the table. But we wind up spending a significant amount of time with that idea bucket, and not the buckets of blood viewers might be expecting.

If there’s any complaint to be had, it’s that there’s too much going on for the film to fully find its footing.

Anthony McCoy (Yahya Abdul-Mateen II) is a visual artist living in Chicago with his girlfriend, art gallery director Brianna Cartwright (Teyonah Parris). His career is stalling and, in search of new inspiration, finds himself drawn to the urban legend of Candyman, and his history in Cabrini-Green. Pushed to keep going down a dark path by a white art dealer, Anthony finds himself at the center of a new chapter in Candyman’s nightmare cycle of violence and revenge.

1992’s film was based on the premise of a white graduate student attempting to harvest Black stories for a thesis project, and along the way discovering how the sins of the past breed the violence of the future. This direct sequel takes a similar approach but shows how—while Cabrini-Green no longer exists—the same structural racism still exploits the same lineage of people, albeit through means dressed up to look more expensive.

The intentionality and reaction to this permeate every character in the film in different manners, but the result is that we raise so many issues that resolving them satisfactorily becomes a mixed bag. It’s hard to do better than The AV Club’s Anya Stanley at explaining how the biggest misstep here involves biting off more than one 90 minute film can chew:

At a posh Chicago gallery, artist Anthony McCoy stands before his piece, a tribute to the urban legend of Candyman, over-explaining the work’s intent to a critic trying to quietly regard it. His insights are visibly irritating her and hindering her ability to engage with the piece. It’s a faux pas that speaks to the main misstep of this reboot … overstuffed with numerous relevant springboards for discussion, often at the expense of sustained dread.

Still. A top-notch horror film and an impressive show across the board. Truly, the Candyman sequel that the slasher has long deserved.

Candyman is in theaters now.