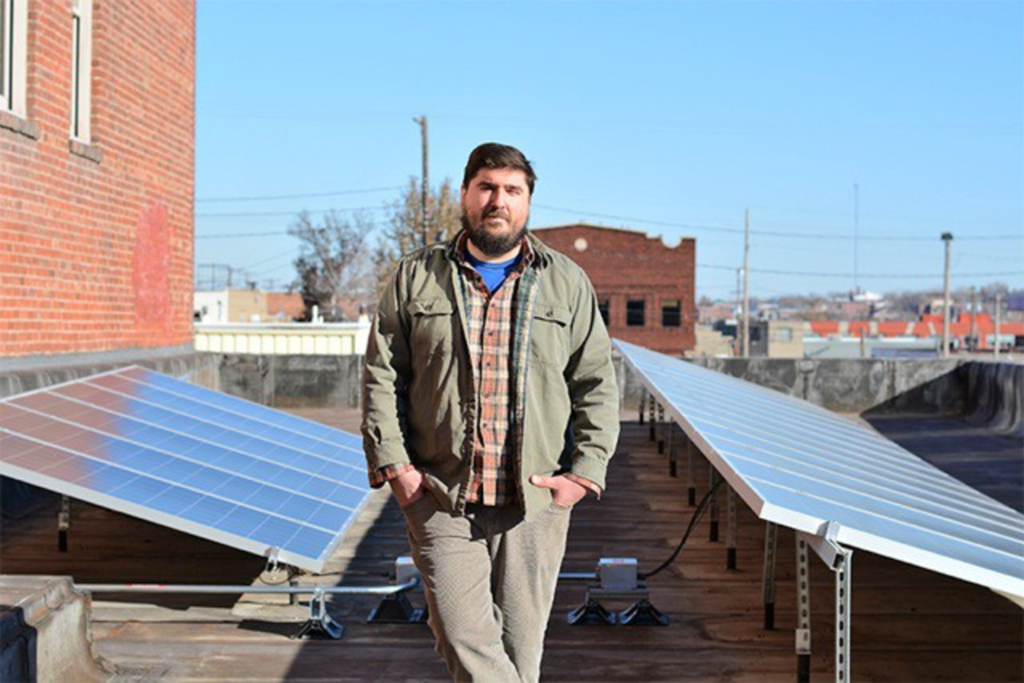 Craig Howard just met his first goal. Assembling the rest of his dream business, though, may take a little more time.

Howard, a 33-year-old urban farmer, who until recently operated a small organic grocery store in the former City Ice Arts building, wants to open a new, more ambitious business early next year. So he did what many do these days: He set up a Kickstarter campaign. Last week, his 30-day drive to raise $12,000 closed with pledges of $13,268, a promising initial wave of investment for Howard’s Café and Rooftop Garden, at 1708 Oak.

That doesn’t seem like a very large sum, considering the scale of Howard’s dream. He plans to turn a 1,200-square-foot space in a low-slung Crossroads building into a 24-hour market, selling locally sourced organic food and running on the honor system. (Annually paying members of his market will use an access code, which will let them shop at all hours.) He estimates his budget at just $35,000 for the build-out, but that may be optimistic. Factor in a hood-ventilation system and a grease trap — as city ordinance demands for certain kinds of restaurants — and that number could change.

Howard’s market sounds like the kind of place that will draw Crossroads denizens: a rooftop garden (where Howard plans to cultivate fresh greens and vegetables) and a small café with an eight-seat community table and three two-tops. In good weather, a few tables will be set up in the outside courtyard. Howard says he means for most of the prepared food to be sold as carryout, during daylight hours.

“I’ve never wanted to have a traditional restaurant, where the kitchen staff has to work on weekends until 1 a.m.,” says Howard, a former Johnson County Community College culinary student and Le Fou Frog line cook. But like plenty of traditional restaurants, Howard’s is going to offer a burger. In this case, one that’s 100 percent Kansas beef and served on buns baked in-house from Heartland Mills organic flour.

“I’ll be making my own sandwich bread as well,” he says. “I like to bake, but the baking equipment will be limited. I’m going to work with Ibis Bakery for the more expensive bread selection.”

Also made on-site: pickled vegetables, a house American cheese, and condiments for sandwiches and salads sold in the café and the market. Howard promises his own frozen pizzas, house-marinated pork chops and beef skewers (from locally sourced pigs and cattle).

Howard says he can keep some of the build-out costs down because he owns the grocery shelving and coolers from his previous business, at the now-razed City Ice Arts building. He will continue to serve prepared food at BadSeed Market, 1909 McGee, through February.

“I have a kitchen there where I do my catering business,” he says. “I know I’ll be there through February, when my own business opens.”

The café, Howard says, will offer a featured burger each day and two rotating sandwiches (one always vegetarian) as well as two or three salads. Grab-and-go sandwiches, fresh pasta and salads will be available until the store closes at 6:30 p.m.

“I’ll be the head cook,” he says, “and probably hire some additional help when the business is up and running. I’ve got part-time cooks helping me with my catering business.”

Many of Howard’s grocery customers already pay a yearly fee of $60. “It’s good for a household,” he says. “Or if two friends want to split the fee and both use it, I’ll do that, too.”