Can a Democrat win the U.S. Senate in Kansas? 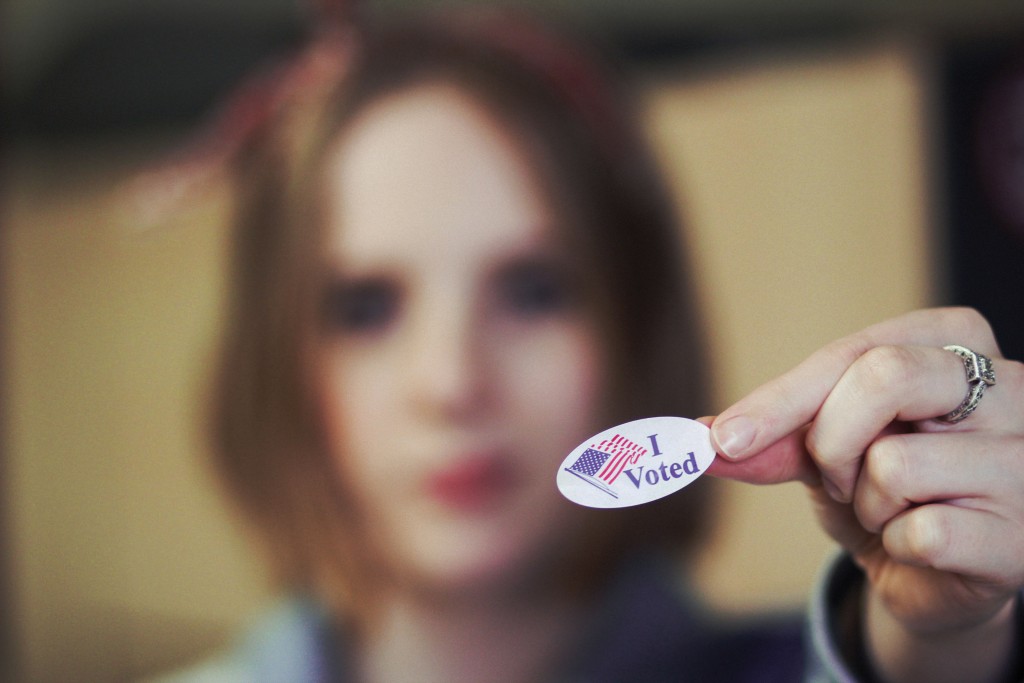 When asked why she left the Republican Party to register as a Democrat, she lets out a sigh.

“The Republican Party left me,” says Elaine S., a Wichita area resident who asked to withhold her last name to protect her anonymity.

Elaine has a list of reasons why. She talks about America’s duty to lead the world as a global superpower, and its leaders’ responsibility to unite, not divide. “I grew up in the era of Ronald Reagan and Margaret Thatcher. Dignity and honor are critical.”

When asked if she would consider Kris Kobach, a candidate for an open Kansas U.S. Senate race, her answer is quick and firm. He’s “a no go.”

Elaine’s lament is a familiar refrain these days. It’s especially apparent in the Sunflower State, a region known for “Kansas nice.”

Over the past two years, three Kansas state legislators changed their party affiliation from Republican to Democrat. Voters placed Democrat Laura Kelly in the governor’s mansion and sent Democrat Sharice Davids, a lesbian Native American, to the U.S. House of Representatives.

And Barbara Bollier, another Republican-turned-Democrat, is turning Kansas’s open U.S. Senate race into a national battleground for control of Congress.

It’s the kind of opportunity that comes along once in a generation, and it’s awakened Democrats to get active. “Democrats are excited that we have a chance to win this seat,” says Vicki Hiatt, Chair of the Kansas Democratic Party.

Kansas hasn’t elected a Democrat to the U.S. Senate since 1932, when wealth inequality and big corporate power last dominated political debate. Only twice in the past few decades, in 1996 and 2014, did Kansans flirt with a non-Republican Senator. Both failed.

To take the Senate, Democrats would need to gain three seats, or four seats if Donald Trump is re-elected. A scant handful of states have seats in play.

Democratic leadership in the House and Senate could undo stifling partisan gridlock. The Democratic-majority House passed over 400 bills this session on widely popular issues like fair pay and election security. But the Republican Mitch McConnell, the Senate Majority Leader and self-described “grim reaper,” barred Senate lawmakers from voting on them.

Despite Kansas’ recent changes, a blue surge is unlikely to touch Kansas’ U.S. Senate race, according to Patrick Miller, Professor of Political Science at the University of Kansas. He notes that Republicans tend to cross over for statewide offices, but are far less likely to do so for federal races. While the governor’s office handles state issues, Senate races are dominated by federal issues seen on prime time news. Voters tend to stick to party lines for that.

At a January meeting of the Johnson County Democratic Party, it’s standing room only. People are lining the walls and spilling into an overflow room. Barbara Bollier is the featured guest.

Bollier, a retired physician and Johnson County-area state lawmaker since 2010, switched to the Democratic Party in 2018 after Senate Republicans stripped her of a leadership position in the Senate health committee over her endorsement of Sharice Davids, after initially endorsing Tom Niermann.

She attributes her party switch to a slow, compounding breakdown with the Kansas GOP that spans Sam Brownback’s tax experimentation and the GOP’s current legislative obstruction. She boils it down to “basic values like public education, medicaid, equality. The majority of my district’s values.”

She raised over $1.1 million in the last quarter of 2019, unprecedented for a Democratic Senate hopeful in Kansas. Her leading Democratic rivals, Barry Grissom and Nancy Boyda, bowed out and endorsed her. Endorsements from the Democratic Senatorial Campaign Committee and Kathleen Sebelius followed soon after, big indicators that party leaders see her as a strong candidate.

At its root, her campaign challenges the convention that Kansans can’t elect a Democrat to the Senate. “Kansans have so much in common. We all want affordable health care. It’s not about partisan politics, it’s about what’s best for people,” she says.

Without an appointed successor to Pat Roberts, Republicans may face a bruising primary battle which will ultimately weaken the successful candidate. All leading Republican Senate candidates face unique challenges.

Kobach has a big lead in polling, but faces tough opposition from his own party’s establishment. In private polling, Republicans show Kobach winning the primary and losing the general. The day he launched his 2020 Senate bid, the National Republican Senatorial Committee denounced his campaign. Critics point in part to Kobach’s track record of disorganized campaigning. Kobach embarrassingly misspelled his first name “Chris” on his FEC candidacy paperwork.

Roger Marshall, a U.S. Congressman representing the 1st District in western Kansas, netted a strong fundraising haul of $2 million in the 3rd quarter and heavyweight endorsements from Bob Dole and Jeff Colyer. He’s voted lockstep with Trump 98 percent of the time, something he touts in campaign ads. But critics say his campaign presence is bland, and he’s an untested candidate—he won his first seat in 2016.

Wagle has the lowest fundraising haul among the top three candidates. She reported less than $500,000 in the third quarter, with more than half coming from a personal loan.

Mike Pompeo was widely considered a sure shot to defeat Barbara Bollier if he decided to step in, but he declined to run. He has until the filing deadline on June 1 to change his mind.

For candidates and voters alike, Donald Trump is the axis upon which this race spins. Trump is widely popular among Republicans in Kansas, says Miller. All three Republicans are fighting to identify most closely with him.

Asked how she hopes to win over Trump voters, Bollier says she speaks with all voters the same. She’s focused on “reasonable solutions.” She points to her fundraising success, noting that she’s receiving financial support from Republicans as well as Democrats.

As for Elaine S., she’s not yet set on a Senate candidate. She is leaning toward Bollier, but has not yet made up her mind. The campaign season has a way to go. Democrats primary on August 4th, and Republicans will vote in the primary in August.