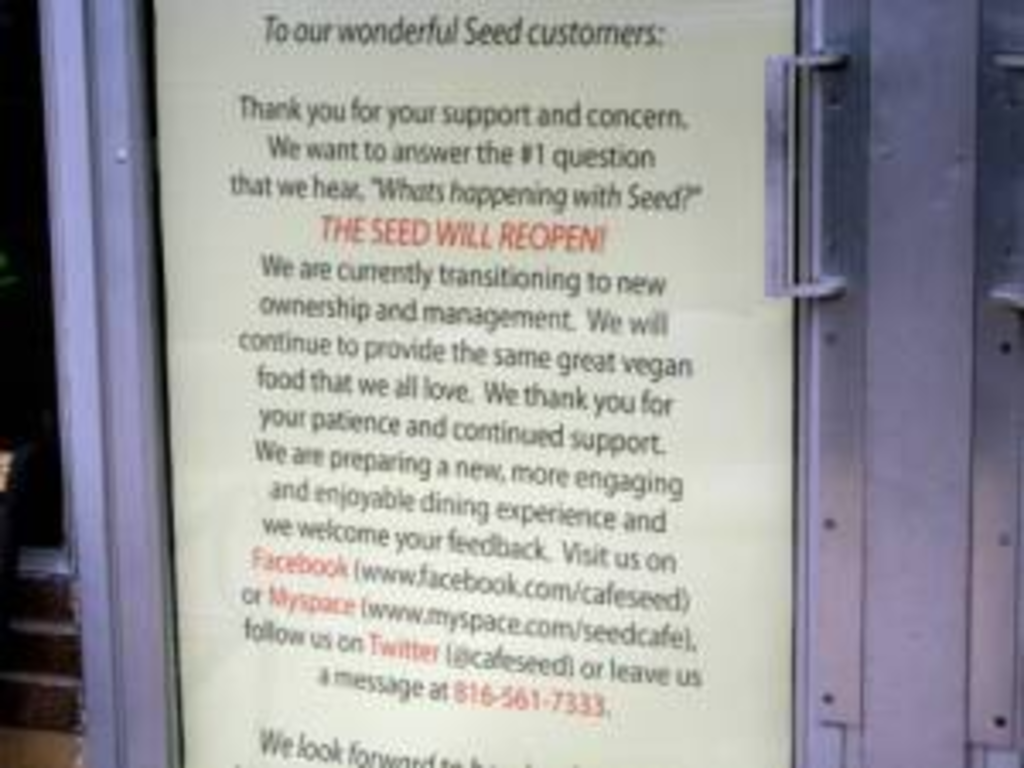 The all-vegan bistro at 2932 Cherry known as Cafe Seed — reviewed in The Pitch in April — had many fans and supporters, but also generated a lot of complaints. Not about the food, which was consistently tasty, but the infuriatingly languid pace of the kitchen (it could take a very long time to get food) and the erratic hours that owner Ericka Mingo was actually open for business.

“I was one of those customers who complained about the slowness of the kitchen and the times the restaurant was closed when it shouldn’t have been,” says Spark Bookhart, one of the new owners of Cafe Seed. “That’s why customers will see a very different restaurant starting Sunday.”

Bookhart and his business partners — “Some are working partners, some are silent partners,” he says — will have a soft opening on Sunday, with a grand opening planned for later in September. But the restaurant will be be open seven days a week, serving the same menu created by Mingo (who has left for Chicago, her home town, to open a Cafe Seed in the Windy City) — but with more employees in the kitchen.

“It’s a terrific concept,” says Bookhart, “it just needed more people behind it to get to going. It’s a great opportunity to continue a valuable asset to Kansas City’s culinary community.”

After Sunday’s re-opening, Cafe Seed will be open Monday through Friday from 11 a.m. to 7 p.m. and 11 a.m. to 4 p.m. Saturday and Sunday. Bookhart says the weekend brunch menu will be served just like always.