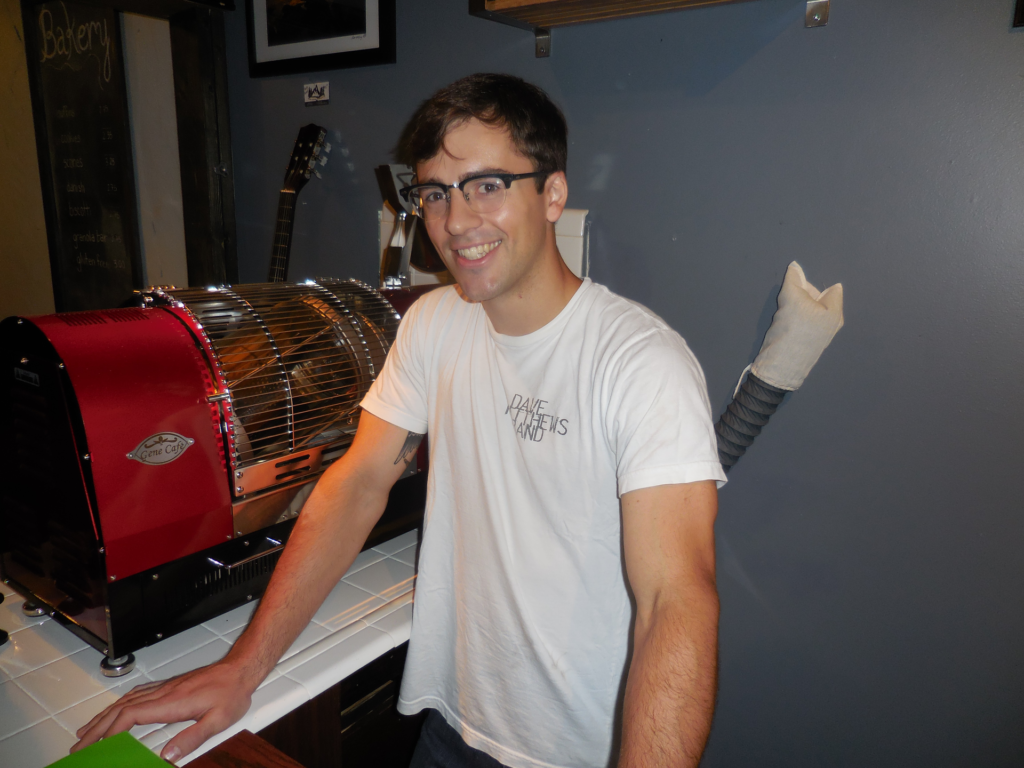 The 25-year-old graduate of the University of Alabama (where he majored in business administration, Spanish and health-care management) first came to the attention of The Pitch last month, when he launched the website for his fledgling Cafe Noble coffee-roasting business. At the time, Scroggins didn’t have a roaster or even a client.

Now he has both.

Last weekend, Scroggins introduced his own tiled coffee-roasting station — which he built himself — inside the eight-month-old Pirate’s Bone Coffee at 645 East 59th Street, the tiny coffeehouse that Zaid Consuegra opened in a midtown storefront last year. At that time, Consuegra was roasting his own coffee beans. Since he has partnered with Scroggins, Consuegra has let Cafe Noble provide the beans. It’s a deal that works for a pair of business owners who started with shoestring budgets

Scroggins, who says he recently placed bags of his coffee at the Nature’s Own store at 4301 Main, is juggling his roasting duties with dropping off coffee samples with prospective clients and his part-time job as a host at the Blue Bird Bistro.

“That’s the job that lets me pay bills and feed myself,” Scroggins says.

Scroggins is roasting beans in his South Korean-manufactured Gene Cafe roaster (he invested all of his savings in the machine) every morning until noon, when he leaves to start one of his other two jobs.

“I always told myself that I didn’t want a job where I had to sit behind a desk every day,” he says. “That’s what I did at Cerner, and it was one of the reasons that I turned in my resignation. I’m doing what I want to do right now.”