Brad Lancaster, KCK police detective who was shot and killed Monday: ‘Beside my brothers and sisters, I hunt the wolf’

Lancaster responded to help officers called to a Hollywood Casino on reports of a suspicious person around 12:17 p.m. The suspect, identified in media reports as 28-year-old Curtis Ayers, reportedly fled and a foot chase ensued.

Lancaster was taken to KU Medical Center where he died from his injuries. He was 39. Kansas City, Kansas, Police Chief Terry Zeigler announced the death on his Twitter:

“Our Detective fought a good fight, but unfortunately he died from his injuries @ approx. 1530 hours. Thanks for the support & prayers.” 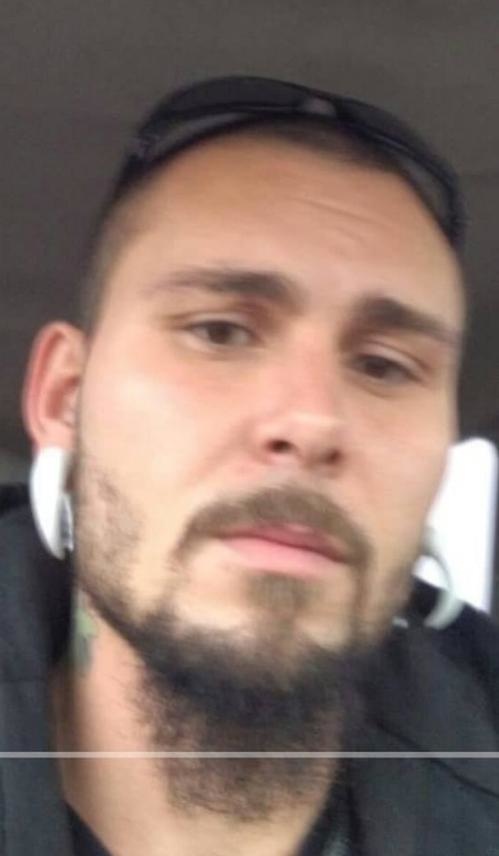 Ayers was arrested in Kansas City, Missouri. According to the KCPD, around 2:30 p.m., officers located a vehicle matching the description of the one Ayers was believed to be driving around Bannister Road and 71 Highway. Police say Ayers lost control of the vehicle and crashed into a concrete bridge post under 71 Highway.

Ayers allegedly attempted to carjack another vehicle on northbound 71 Highway, shooting the female driver. However, the woman drove off. Ayers was then shot by a KCPD officer.

The female shooting victim was taken to a local hospital with non-life-threatening injuries. At last word, Ayers was in stable condition. (KCTV 5 has a rundown on Ayers criminal record, including being paroled recently for a police chase a couple of years ago.)

A vigil for Lancaster is planned for Tuesday night at 7:30 at the KCK City Hall. This morning, Zeigler tweeted:

“We want to THANK EVERYONE for the prayers, messages, & support for Det. Lancaster’s family and our Deptment.”

The Kansas City Star spoke with Lancaster’s mother, Carolynn Lancaster, who told the paper that her son is survived by a wife and two daughters. Lancaster was a U.S. Air Force veteran who served two tours of duty overseas, including a stint in Kuwait. He started with the KCKPD on July 12, 2007.

Lancaster’s Facebook page offers a small glimpse into his life. There are photos of him with his young daughters at Royals games. There are photos from Chiefs games. There’s a picture of him in fatigues atop a camel in Kuwait. There’s also a December 19, 2012, post that seems to sum up his philosophy on guns, society and policing. He encouraged his friends to share the post. Read it below: 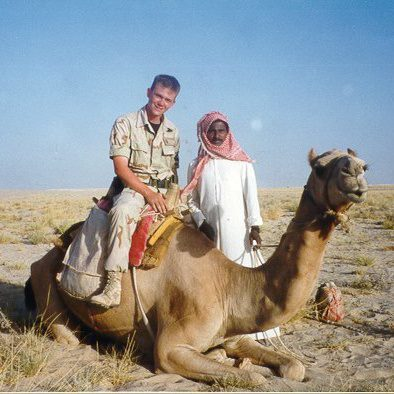 “There are sheep, sheepdogs and wolves. Simply changing a few gun laws is like burying your head in the sand. The wolves do not listen to your current restrictions on magazine capacity, barrel length, flash suppressors or a novelty bayonet attachment.

“Wishing the problem away and passing more restrictive laws about the guns will only criminalize and restrict those who wish to protect themselves. Those same people are most likely willing to put themselves in harm’s way to protect you, even though you are unwilling to do so yourself.

“If you wish to not own a gun, that’s fine. But leave mine alone. I hope you never find yourself in a position wishing you had a gun or to live with the regret of choosing to be the sheep.

“I know the choices I have made. I am not the sheep. I will never have that regret. Beside my brothers and sisters, I hunt the wolf. Leave the guns alone. Stand up to the wolf.”