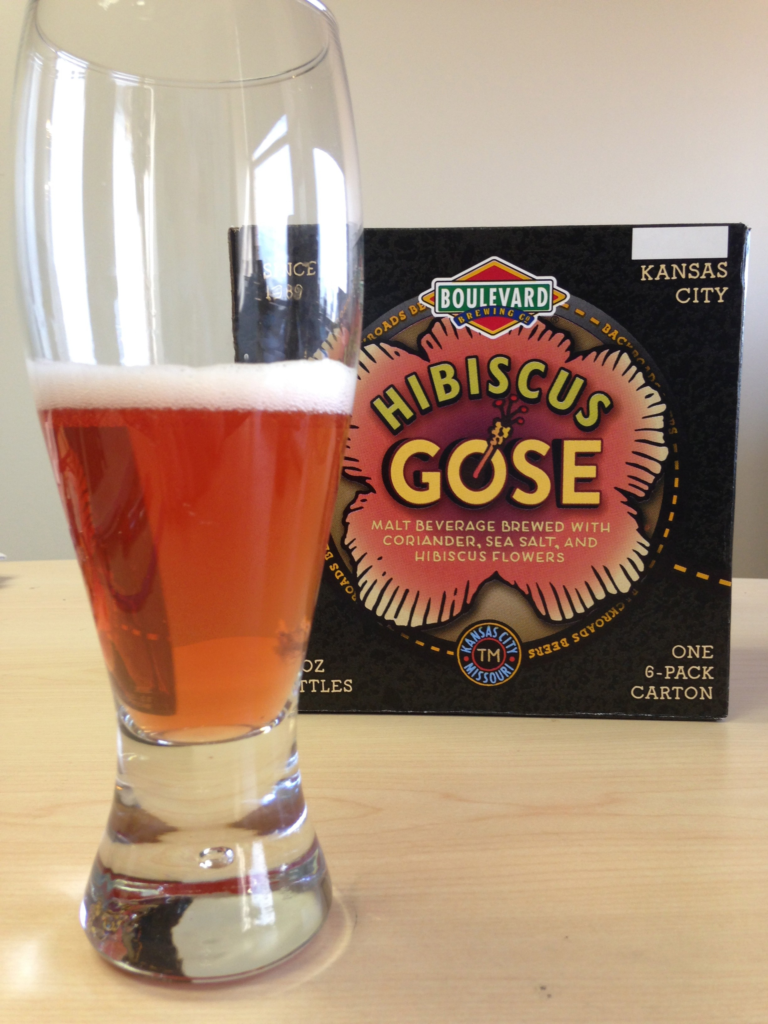 On Tuesday, the new release hits restaurants and bars, and liquor stores will start getting six-packs, too.

A gose (pronounced goes-uh) is a traditional sour and salty wheat beer that was popularized in Leipzig, Germany, in the late 1800s. It’s brewed with coriander and salt, and Boulevard does that but uses sea salt during the boil.

A gose is historically a cloudy yellow in color, but Boulevard’s has a pinkish hue due to hibiscus flowers, which are placed in permeable sacks and steeped in the whirlpool process of brewing. (Boulevard cellarman and brewer Alex Rodriguez explains the brewing process in a video after the jump.)

The beer pours with a fizzy, foamy head. The taste is sour with a bit of grapefruit and maybe some cherries. It takes its tart profile from Lactobacillus bacteria (lactic acid).

Gose was exempted from the Reinheitsgebot, the German Beer Purity Law, due to being considered a regional specialty. But the style has struggled for survival, especially after World War II. It died out, was revived in 1949, died out again in 1966, and was eventually revived in the 1980s. Of course, it vanished again and has since been revived.

In fact, earlier this year, McCoy’s Public House had a gose on tap. (It’s off now.)