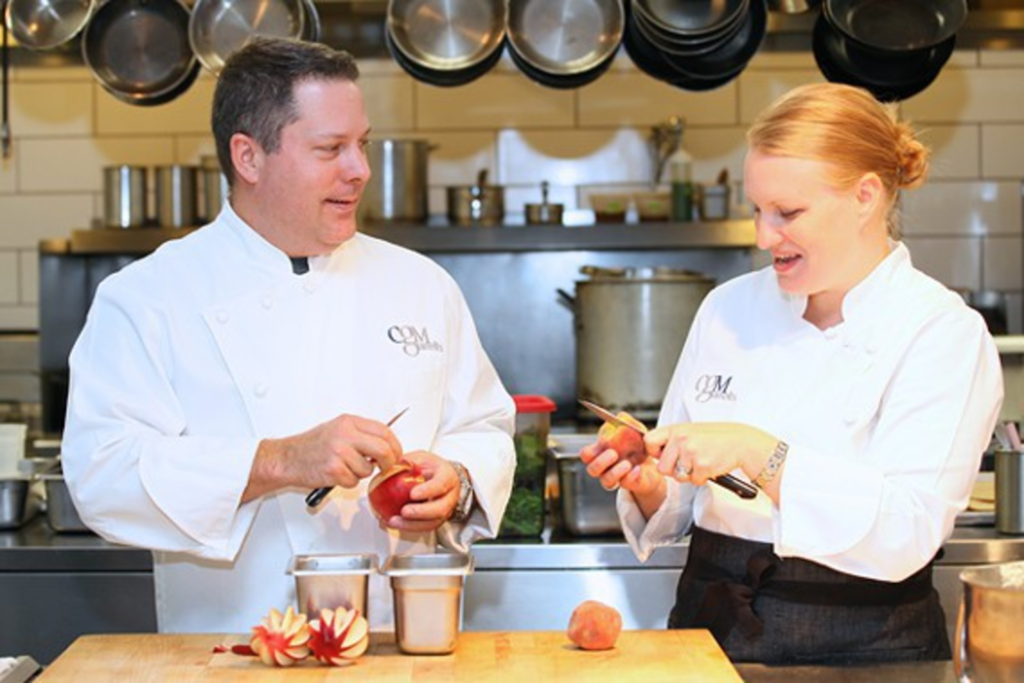 Colby Garrelts and Megan Garrelts, owners of Bluestem restaurant in Westport, are finally doing the Boulevard beer dinner that they’ve had in mind for a long time.

“We’ve done beer dinners at Rye,” chef Colby Garrelts says, naming the couple’s Leawood restaurant. “Over the years, we’ve tried to get something going at Bluestem but couldn’t get it nailed down. This time, the dinner is truly a better fit at Bluestem.” Not least because when Boulevard Brewing Co.’s ambassador brewer, Jeremy Danner, approached Colby Garrelts about creating a dinner that focused on three of the company’s craft beers, he was specific about the venue being Bluestem.

So the Garreltses will open Bluestem for a four-course meal on Monday, August 31 (when the restaurant is usually closed), that features Boulevard’s Saison-Brett, Long Strange Tripel and Pale Ale.

Boulevard’s Saison-Brett is the pairing with the next three courses, starting with chilled corn-and-shellfish velouté. The second course is house-made ricotta cappelletti with braised rabbit; the third is hay-roasted heritage hog with fresh cassoulet.

“Boulevard wanted to showcase the Saison-Brett as the best beer for food at this dinner,” Colby Garrelts says. “It’s definitely one of my favorites. It’s a really complex, bright beer with floral components that truly complement the fresh vegetables of the summer.