Bloomberg uses his billions to troll Trump in Kansas City 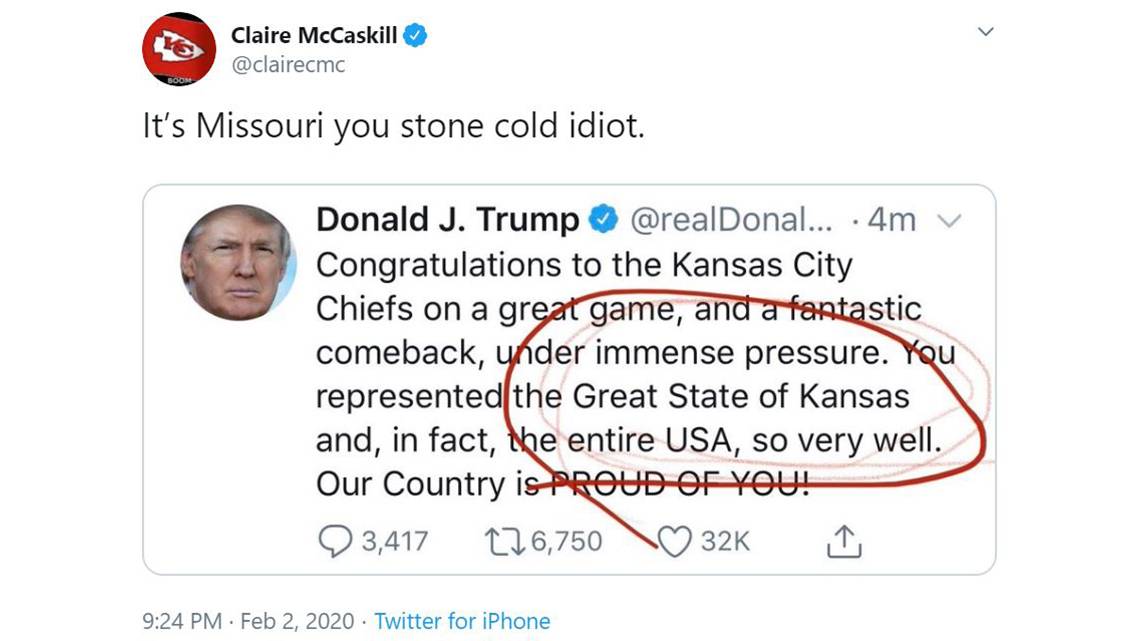 The only Democratic nominee to open a campaign office in Kansas City thus far has been Elizabeth Warren, over in Martini Corner. Well. That’ll change now, thanks to a bad tweet.

On Sunday night, the President congratulated the Chiefs on winning the Super Bowl and said they represented the great state of Kansas very well. A few hours later, he deleted the Tweet, after being overwhelmingly reminded that the Chiefs has never lived in Kansas, as the internet repeatedly dunked on him..

“Mike Bloomberg is focused on defeating Donald Trump and offering solutions that bring opportunity to the people and places often overlooked,” said Grant Campbell, Mike Bloomberg 2020 Missouri State Director. “It’s not shocking that so many Missourians feel shortchanged by Trump and his policies — he doesn’t even know where the state’s largest city is located.”

This latest announcement is an example of the momentum Mike Bloomberg 2020 is gaining in Missouri. According to the latest Missouri poll of likely voters, Bloomberg is polling in second place. With the opening of the two Kansas City field offices, the campaign now has a total of five offices across the state, including St. Louis, Clayton, and Bridgeton.