Blood Machines is a psychedelic abomination, and we mean that in the best way 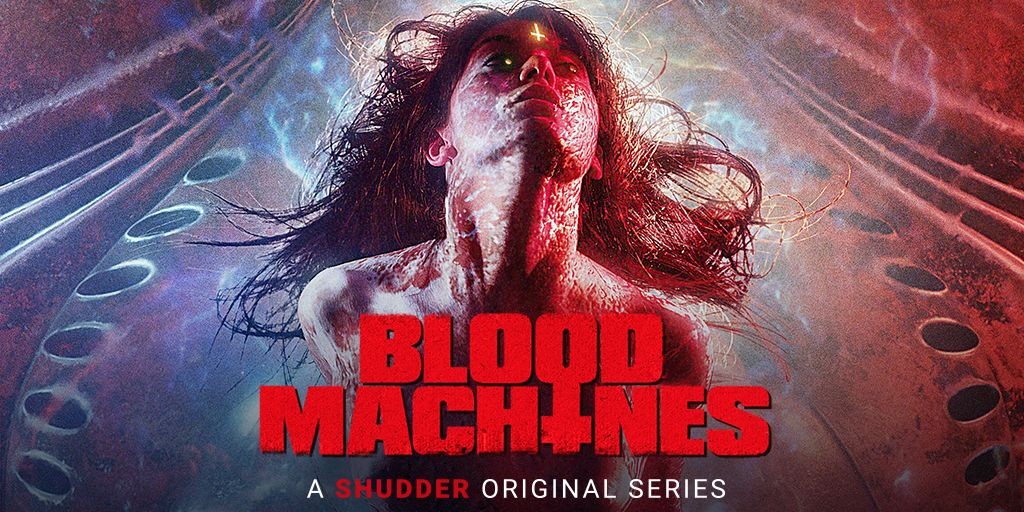 Two space hunters are tracking down a machine trying to free itself. After taking it down, they witness a mystical phenomenon: the ghost of a young woman pulls itself out of the machine, as if the spaceship had a soul. Trying to understand the nature of this entity, they start chasing the woman through space.

I think that’s what’s happening. I honestly have no idea.

Inspired by the spirit of the 80s films and music, Blood Machines is a 50-minutes science-fiction film written and directed by Seth Ickerman, and scored by the synthwave artist Carpenter Brut. Told in three episodes, the film is streaming starting today on the horror platform Shudder. Which is a streaming service that has honestly been getting us through the last few weeks. If you don’t want to install a new app, you can sign up for a subscription through Amazon Prime.

So what is the film and why does it matter so much to us? Well…

Did you get a general sense of what’s going on? If you said “Yes” then you are a liar. No one knows. This is just a weird mess of neat genre imagery. This is one of those pieces of art where, if that trailer didn’t make you feel chills then it probably isn’t for you. But for the 3% of you that felt said chills, this is extremely your jam.

Then is a wild, strangely sensual, space poem. The closest thing in mainstream culture I can compare it to is the 1981 film Heavy Metal. If you want Satanic imagery, naked women, and superpowered battles then this is for you. If problematic themes and terrible acting are a turn-off, then stay far away.

I had a delightful time with this. I can recommend that maybe 30 of you in the city will feel the same way. Was worth trying to let you know about.

The film is also in some manner a sequel to this music video from the same director. I dunno. All of this makes no sense and makes perfect sense at the same time.