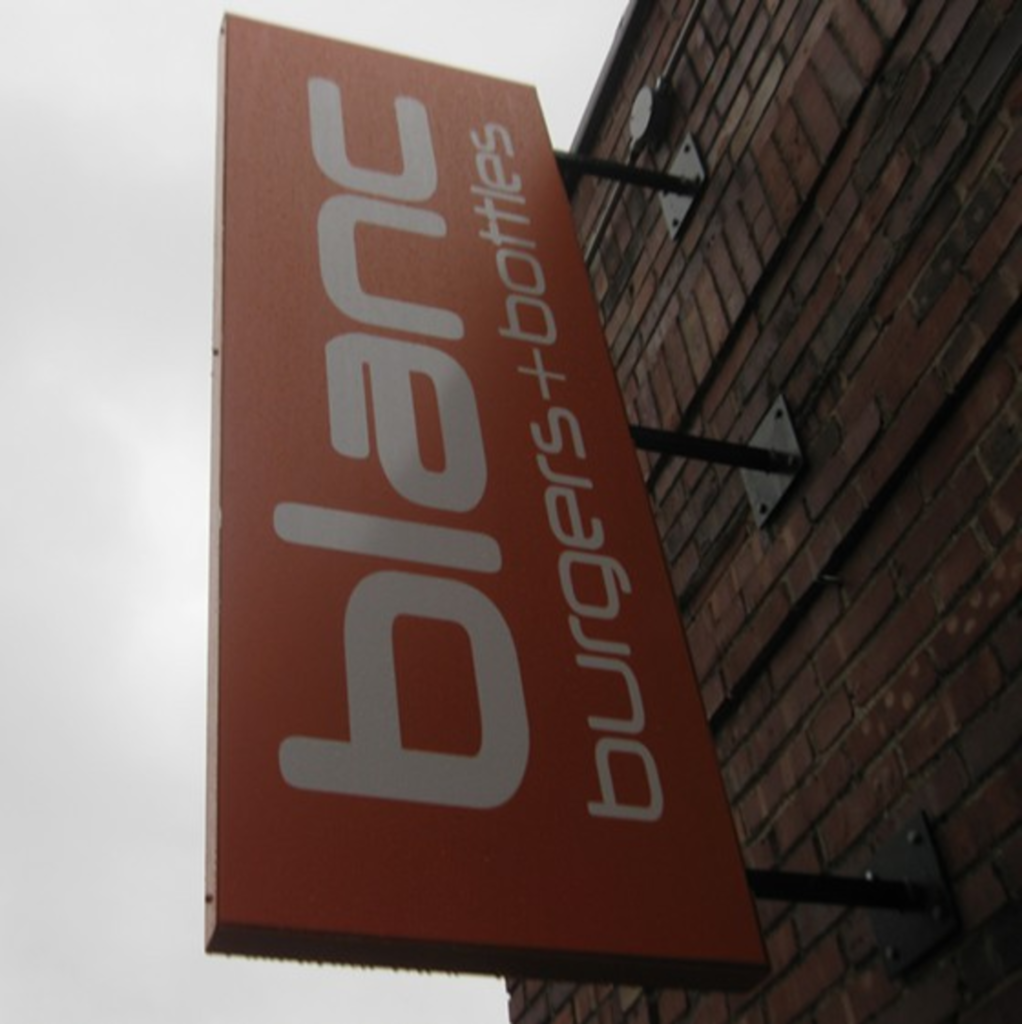 “Everything hinges on when we get our liquor license,” says Ernesto Peralta Jr., the founder and owner of Blanc Burgers + Bottles. He’s standing in one of the three dining rooms at 4120 Pennsylvania, the former Simply Breakfast space that Peralta leased in December, shortly before closing the four-year-old Plaza Blanc location.

“All the paperwork is in, and we’re just awaiting our final approval,” Peralta says. “We may get it today. We may get it tomorrow. If we get it on Monday, we’ll open on Monday night. We’ll need at least a day to unpack all the liquor to have it ready for opening.”

The staff has been hired (all of the employees worked for Peralta at the Plaza venue, at 4710 Jefferson) and the dining rooms – designed by Jennifer Peralta in shades of gray, black and orange – are ready and set-up for the first customers – whenever the front door officially opens. 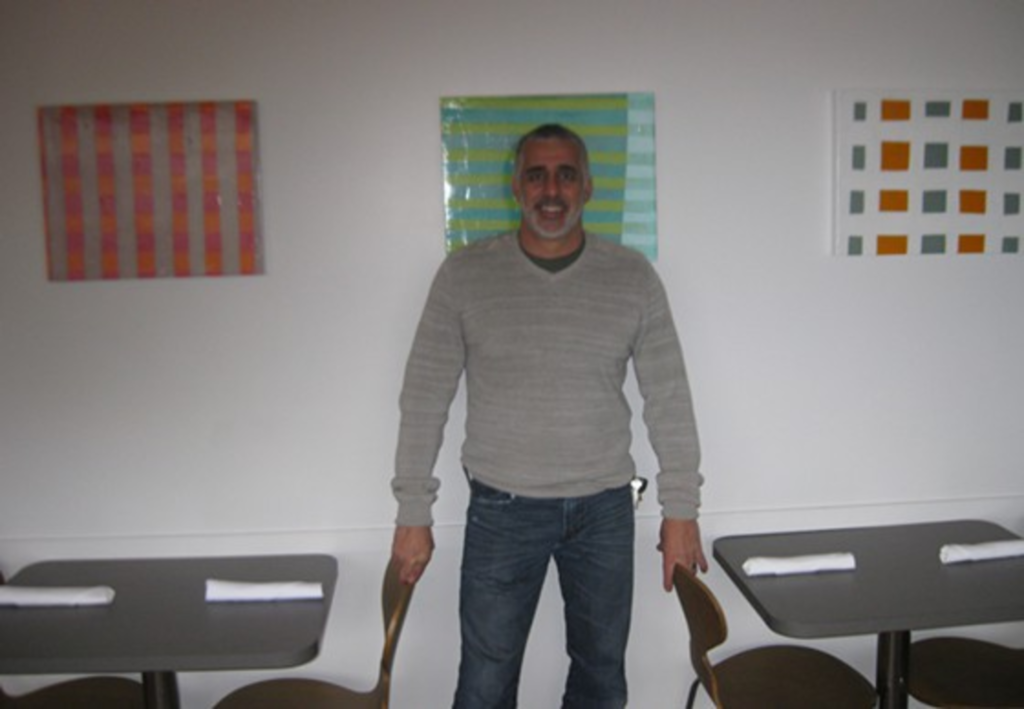 The new restaurant, at 2,350 square feet, is slightly larger than the original Blanc Burgers + Bottles, which opened in Westport in 2008 at 419 Westport Road (and closed two years later). It’s smaller than the Plaza spot, which seated 210 customers.

“This new restaurant,” Peralta says, “will seat about 85 patrons. At the Plaza restaurant, if we had 100 customers, the place looked empty. If we have 100 customers here, we’re on a wait.”

Peralta says he has no regrets that he took a gamble and opened a restaurant on the Country Club Plaza, but he’s glad he’s out: “If I knew then what I know now,” he says.

When the new Blanc Burgers opens next week, it will offer the same menu used by the Blanc location in Leawood. “We’ll make a substantial menu change in April,” Peralta says. “We’ll add a few new burgers and salads. And because we’re back in Westport, we’ll focus on a new late-night menu and a special brunch menu for Saturdays and Sundays.”