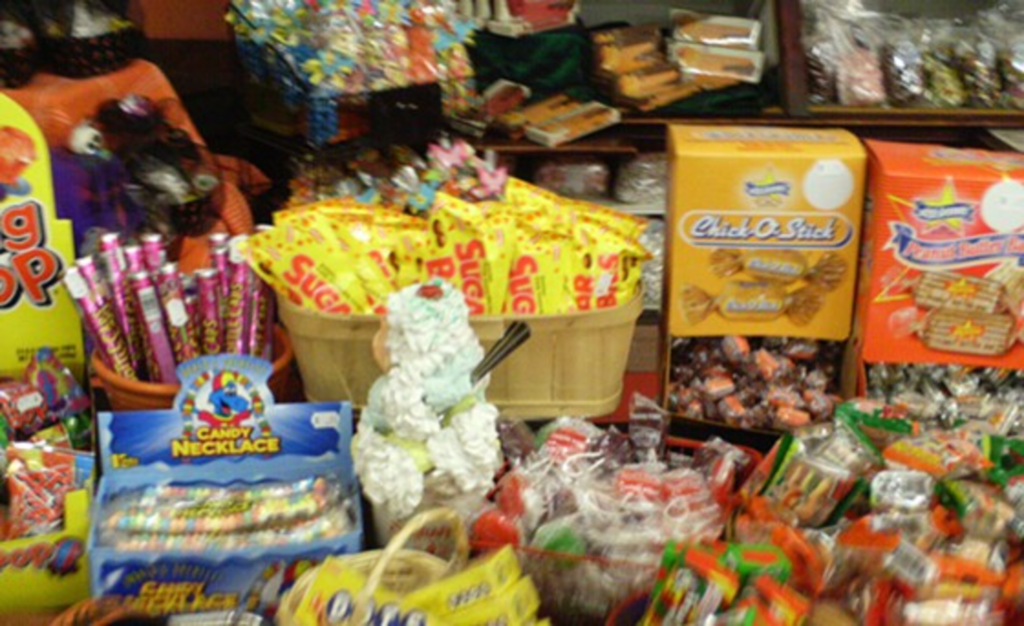 An old-fashioned candy store probably hasn’t been in historic Dutch Hill since 92-year-old Walt Bodine was a schoolboy at Longfellow Elementary. But as of today, there’s a shop devoted to vintage sweets (Chick-O-Stix, candy necklaces, Cherry Mash) and crinkly cellophane bags of bulk candy: malted milk balls, taffy, gummy bears, orange slices and just about everything else. “We carry at least 300 different varieties of candy,” says Leslie Bitterman, who runs the business with her parents and brother. 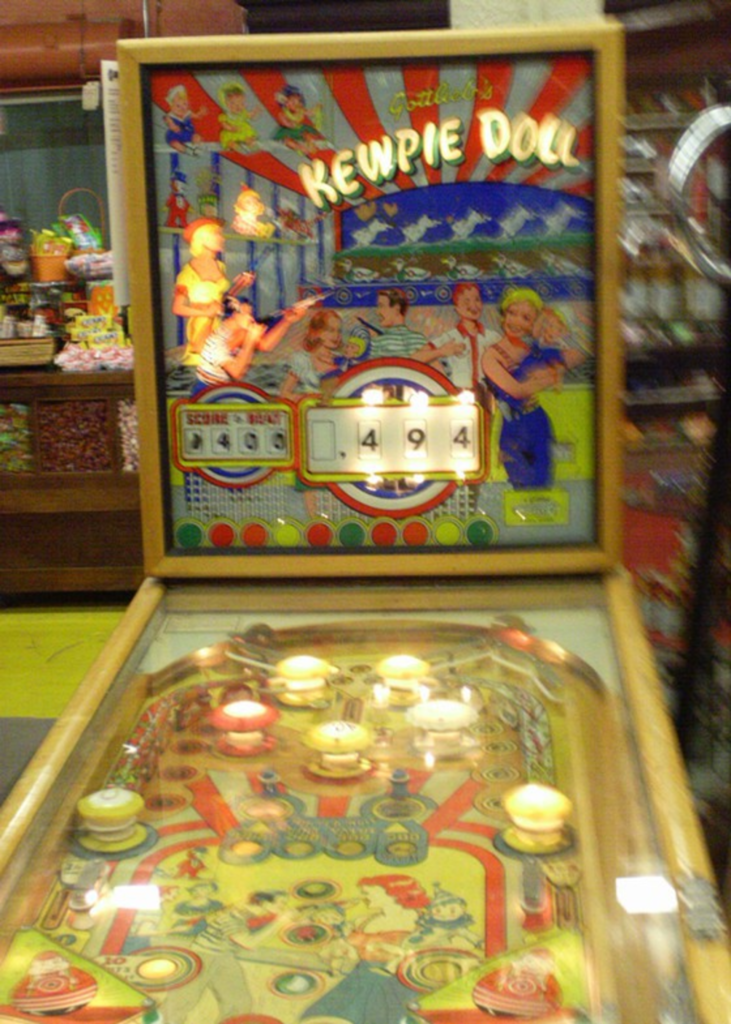 Last week, Fat City reported on the Bitterman family’s preparations to open their first retail operation in over a decade, this time as a combination candy store and vintage “mall” featuring dealers selling a variety of antique and collectible items. Today, the shop, Bitterman’s Eye Candy & Vintage Market, officially opened at 3107 Gillham Road. I didn’t see any free samples, but patrons could play a free game of pinball on the 1950s-vintage Kewpie Doll pinball game.

The Longfellow School is still operating over at 28th Street and Holmes, but the neighborhood surrounding Eye Candy isn’t exactly the kind of place where youngsters are running around with scooters and Hula-Hoops. “But this neighborhood is changing quite a bit,” Alan Bitterman says, noting the return of owner-operated restaurants into the area, like Succotash, Magnolia’s and You Say Tomato. “We have had some foot traffic today.”

This includes a few residents of nearby Hyde Park, who stopped in to see the merchandise — edible and old — on display inside a building that was once a Nash automobile showroom, back when this neighborhood still had its own movie theater, ice-cream shop (Velvet Freeze) and roller rink (El Torreon).