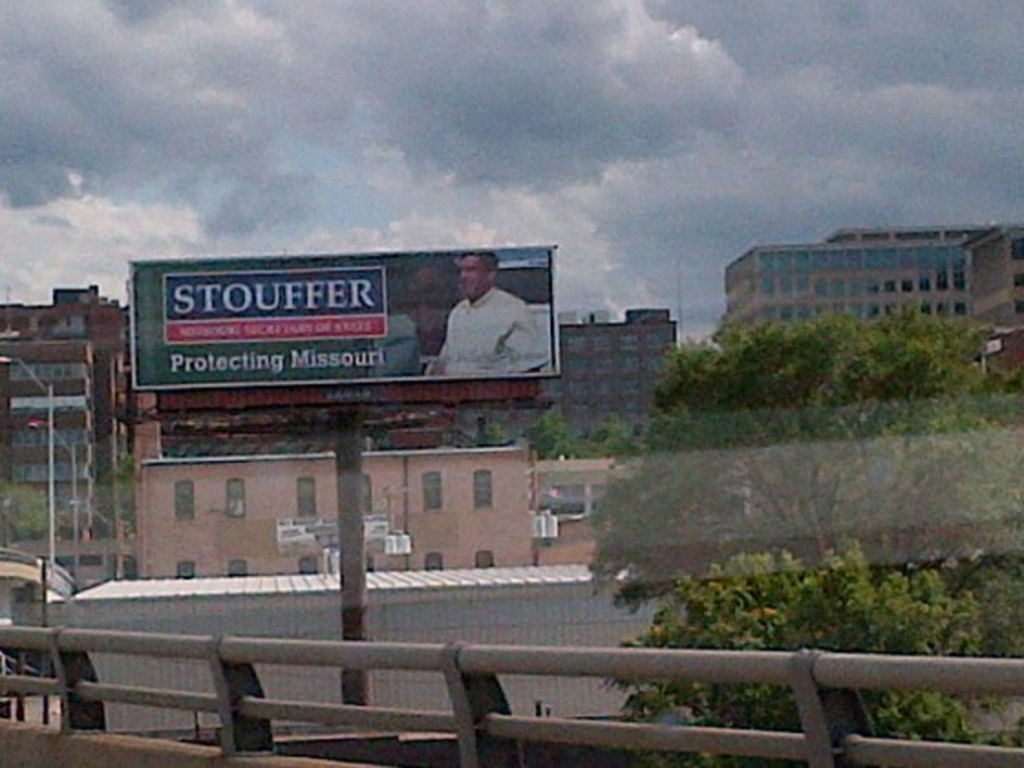 The Republican primary for Secretary of State is just a few days away. And in terms of exposure, one candidate — Bill Stouffer — is easily trouncing the others. Stouffer, a state senator and farmer from Napton, has aired commercials locally, but more conspicuous is how he has saturated the state with billboards showing off his mug.

According to financial reports filed this month, Stouffer has the third most money of all SOS candidates. So how can he afford so many billboards? The Huffington Post has the interesting answer: Outdoor advertising companies have been donating the space to Stouffer, who has sponsored pro-billboard legislation in Jefferson City.

A fundraising disclosure from July 23 shows that billboard giant the Lamar Co. donated $45,000 in outdoor advertising space. That splurge of free advertising brings his total donated billboard amount to $117,809 and Lamar’s contribution to $101,609, HuffPo reports.