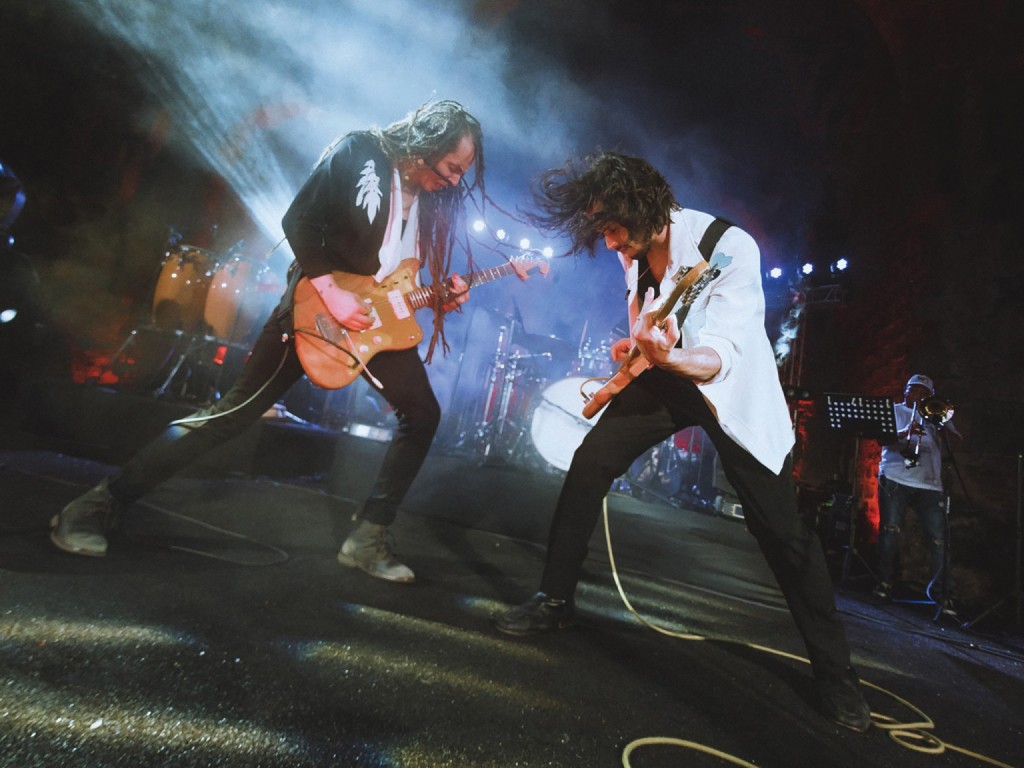 Our August cover story featured one of the metro’s greatest exports: the band Making Movies. Since 2009, the group has toured the world, been nominated for a Latin Grammy, and featured on NPR multiple times. Their mix of cumbia, psychedelia, American roots, Son Cubano, and spoken word—all passed through a heavy rock and roll filter—is so singular that it becomes its own genre.

The band has spent the year supporting the release of their latest (blistering) album, and cracking the boundaries for new level of adoration and success around the globe.

But to label Making Movies as merely a band is reductionist. The dudes in charge of making sure this party never stops have also kept their fingers firmly planted on the pulse of KC’s musical future.

Their group Arts as Mentorship has been providing free music lessons and comped record studio time to kids across the city—especially those who could never access this otherwise—while also pairing them to wildly famous musical mentors. Ameri’kana, their live festival event, helps raise funds that support the kids, up-and-coming bands, and even helped finance a brand new recording location/business office this year, as the Chi brothers increasingly invest in making sure the next generation of Citian rockers have every advantage Making Movies never had on their come up.

To support Making Movies is to support the future of mental health, moral support, and musical mastery in the metro. You’re basically obligated to pick up a copy of the 2022 album ameri’kana right now. Well, what are you waiting for? Open that phone and get to blasting those tracks.