Beer summit: We discuss the state of craft beer in Kansas City

But the people who actually make the stuff say they’re only now catching up to the rest of the country. That’s one thing we learned when we sat down with a panel of local craft-beer experts. Screenland Armour owners Adam Roberts and Brent Miller hosted the meeting (BYOB, naturally) with Neil Witte, a Master Cicerone and Boulevard’s manager of field quality and training; Brian Duff, director of craft beer at North Kansas City Beverage Co.; and Bryce Schaffter, Cinder Block’s founder and brewer. We turned on our tape recorder and let the conversation – and the beer – flow.

The Pitch: With the openings of Martin City Brewing Co. and KC Bier Co. and the emergence of Cinder Block, Big Rip, Green Room, and Rock and Run, the scene seems pretty strong.

Duff: It’s a long time coming. We’re way behind everybody. If it wasn’t for Boulevard and Free State, this wouldn’t be going on at all. Now you’re getting people who went away to school or went away to work in different areas and gained experience in some more vibrant locations, and now they’re coming back.

What held us back?

Schaffter: Boulevard really met the need for the longest time, and they still do. They always were coming out with different beers. I think in the last five years, you’re seeing more of a grassroots movement.

Witte: When I started at Boulevard, there were the core brands and three seasonals, and that was it. We thought that was all we were ever going to do. But now, if that’s all we were doing now, we’d be out of business. It’s just a totally different dynamic.

It’s easy to compare [Kansas City] to St. Louis, but St. Louis is a really unique market because that was so local-focused on Anheuser-Busch. There were so many people who just drank that beer. When they got bought, I think there was a big sense of betrayal, and people were then looking for something else. So it was right in line with craft beer – “If we’re going to switch brands, there’s always new stuff out there.” Schlafly is right there. They were big beneficiaries. Everybody is hyper-local with their beer there. They still want to drink something that’s made in St. Louis because that’s what they’ve always done.

Duff: In St. Louis, in the transition from AB to InBev, a lot of upper-management executives got huge buyouts, and then all of a sudden they had money to invest. Urban Chestnut [Brewing Co.] is a great example. They’re like, “Well, we can do what we know,” and they stayed in the industry. Or they just went with people that they respected that were out there home brewing, or maybe a brewpub.

How does Kansas City catch up?

Witte: What’s happening right now: more breweries, more local beer. I think the community probably needs to organize around it a little more. It’s probably time for a Kansas City Craft Beer Week. Maybe where we have an advantage is, people in this market are more deliberate in their plans and making sure they’re going to do it right before they go into it. It’s OK not to be going at lightning speed because the ones that are going at lightning speed, there’s a lot of mediocre beer out there.

Schaffter: We feel a lot of pressure to go to market fast outside of just our taproom, but right now we still iterate on everything that we do. We intentionally do that because we know how good our product needs to be. The consistency and expectations are so much higher now from a craft-beer drinker. They’re having amazing beers from all these different brewers across the country. 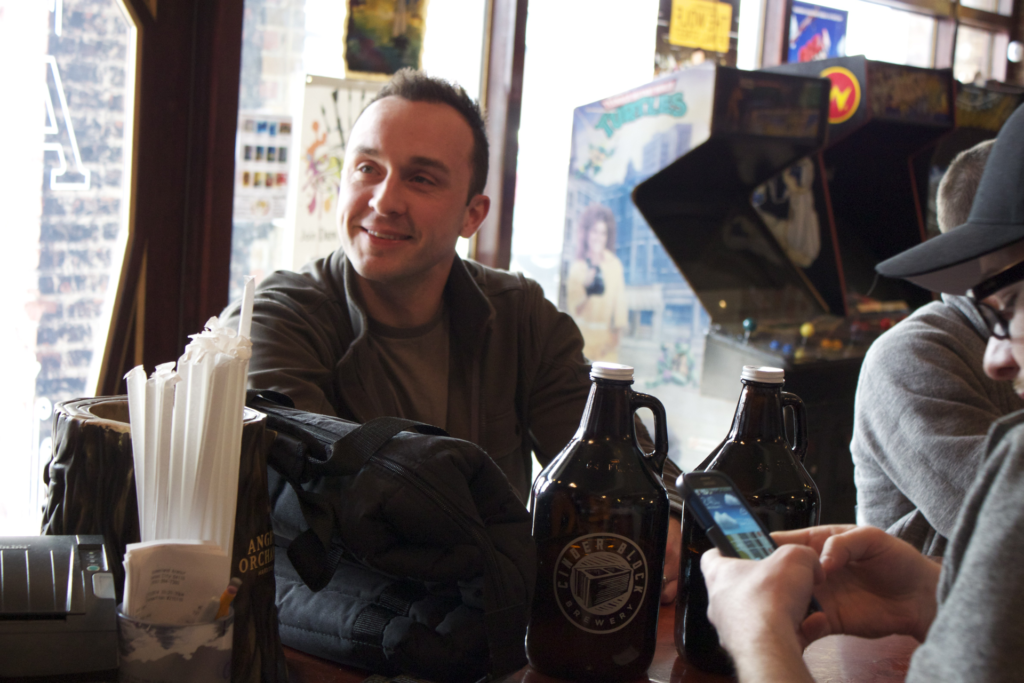 Why aren’t we seeing more brewers spinning off from Boulevard?

Duff: Boulevard must be a really good company to work for because the people have stayed there year after year after year. You look at other breweries of their size, there’s brewers that have rotated through the door and started their own breweries. Joe Blow that was working at the big brewery went and started a brewery, and that built into something that was big regionally, and so on and so on. Eventually that’s going to happen here.

Schaffter: There are other people who are in planning right now. It’s just going to be a matter of time before we have more brewers in town.

There are so many times that I’ve wanted to go to John McDonald and say, “How did you make it through?” There’s a lot of tough times, and it’s a long haul. I definitely got into it for the love of beer. I’m not looking to take over the world. If it’s open past three years, I’m happy.

Duff: At the end of the day, whether they’re a larger brewery or a smaller brewery, I guarantee you that everybody who is doing what they’re doing has a passion for it. We all love what we’re doing.