Kansas City is bee-coming a safe hiven for hundreds of thousands of buzzing insects. 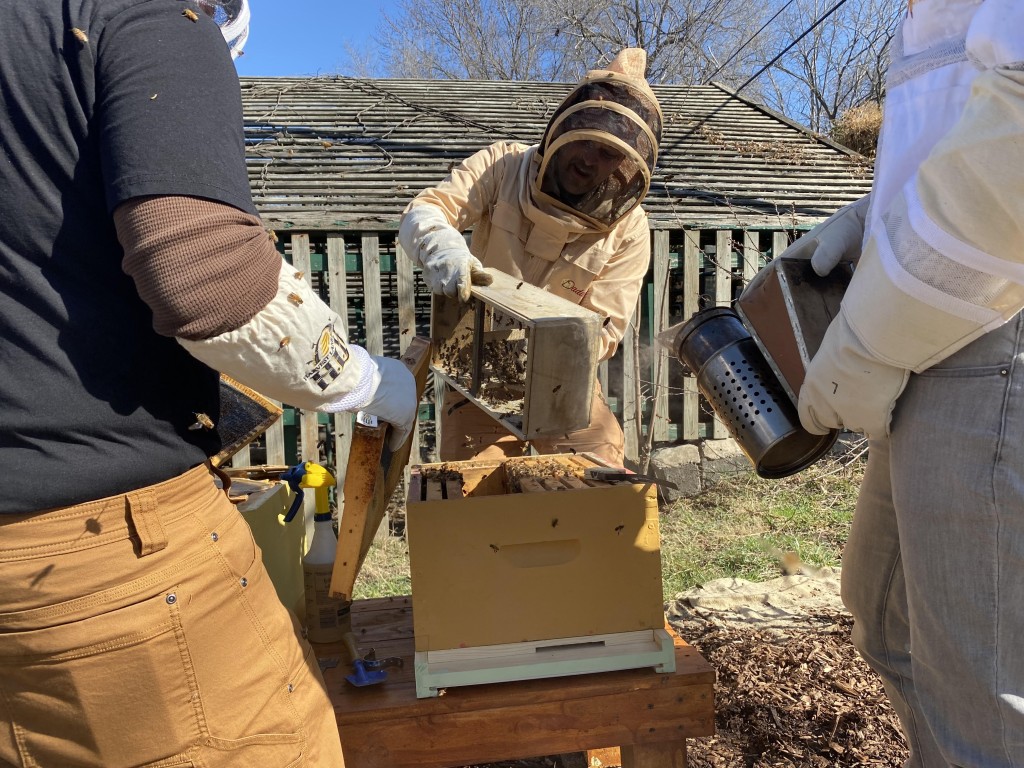 Kansas City is buzzing more than ever thanks to a series of beehive installations from local nonprofit BeeKC. The new installations are part of BeeKC’s collection of 70 hives across 10 sites in Kansas City.

The three new hive sites—located at KU Medical Center, Treehouse Urban Farm, and Fox & Pearl Restaurant—house 50 colonies, totaling in half a million more bees that now populate Kansas City. Each of the three separate installation events welcomed all to a front-row seat of the process, even allowing a brave few to go hands-on thanks to open access to beekeeping suits.

“We do a lot of edible flowers, and we do a lot of native and pollinator-friendly plants. What we’re committed to is edibles and natives,” Manager Nicolás Garcia says with a smile. “We do have a lot of fruit here as well—strawberries, blackberries, gooseberries, and then we’re expanding to native plums this year, and figs. So, on the farm itself, it will be a boon for us to increase how much fruit we produce—or how fruitful we are.”

In addition to an increase in fruit production, the bees will, of course, produce honey that can then be sold. Garcia’s farm-kept bees will multiply by summer, with BeeKC estimating growth from 90,000 to around 500,000 if all goes according to plan.

Treehouse Urban Farm had dabbled in beekeeping before but allowed the honey well to run dry after its hives collapsed. BeeKC’s involvement is more than an opportunity to hit the ground running—it’s a resource to ensure sweet success.

“The communication over the winter has been great,” Garcia says. “Preparing for this, and then seeing all of this come together, gives great confidence in what, I hope, is a long-lasting relationship.”

BeeKC has 70 hives in the Metro Area and hopes to install as many as 10 more before 2023. More events are on the way, with Pink Pony Farms set to join the Kansas City bee colony family with three of its very own hives soon.

The prospect of thousands of little stingers swarming around a next-door neighbor’s backyard might be worrisome for some. BeeKC stresses that its bees will almost always remain near their strategically placed hive home bases.

BeeKC has already installed signage at each location warning passersby that they are near a bee sanctuary. The nonprofit is also working to offer EpiPens at all sites in the event someone is stung.

More information on bee safety can be found on BeeKC’s website.

Friesen’s time as the owner of Betty Rae’s was nothing short of controversial. He has since gone on to post his own explanation of the events surrounding his departure, which can be read on the BeeKC website.