Battle of the Dishes: Denny’s pancakes vs. Fran’s flapjacks 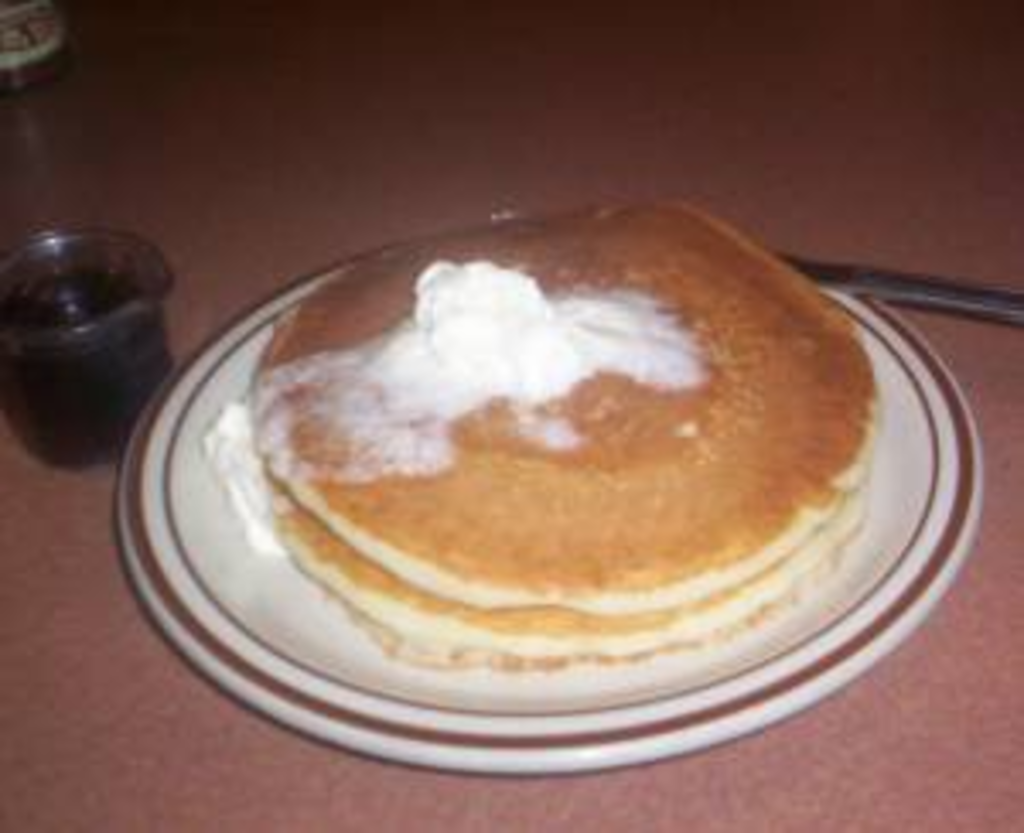 ​We’ve covered crepes in the The Pitch and the upcoming National Pancake Day celebration at IHOP in Fat City this week, but we’re not finished with flapkjacks yet.

I’ve recently tasted pancakes at two downtown diners: the venerable Denny’s at 1600 Broadway (which has one of the best views of the under-construction Performing Arts Center) and the upstart Fran’s Classic Diner, which opened last October in the P&L District.

Fran’s is certainly the prettier venue. Dining with some friends on a Sunday morning, I ordered a side of pancakes ($4.50) and each pancake was as dense and heavy as a soggy dishtowel and none were remotely hot. In fact, I suspect it had been made hours before we even arrived in the restaurant and had been kept sitting in a warming oven. I lifted the griddled disc up off the plate and it was so thick and hard, I wondered whether, if I tossed it across the room, I might accidentally decapitate someone, like the evil henchman Oddjob in Goldfinger.

A few blocks south, the less glamorous Denny’s serves first-rate flapjacks ($3.49 for two) that are light, airy and freshly made. There was no competition: Denny’s scored a grand slam.