Battle of the dishes: Bud Ice vs. Natural Ice 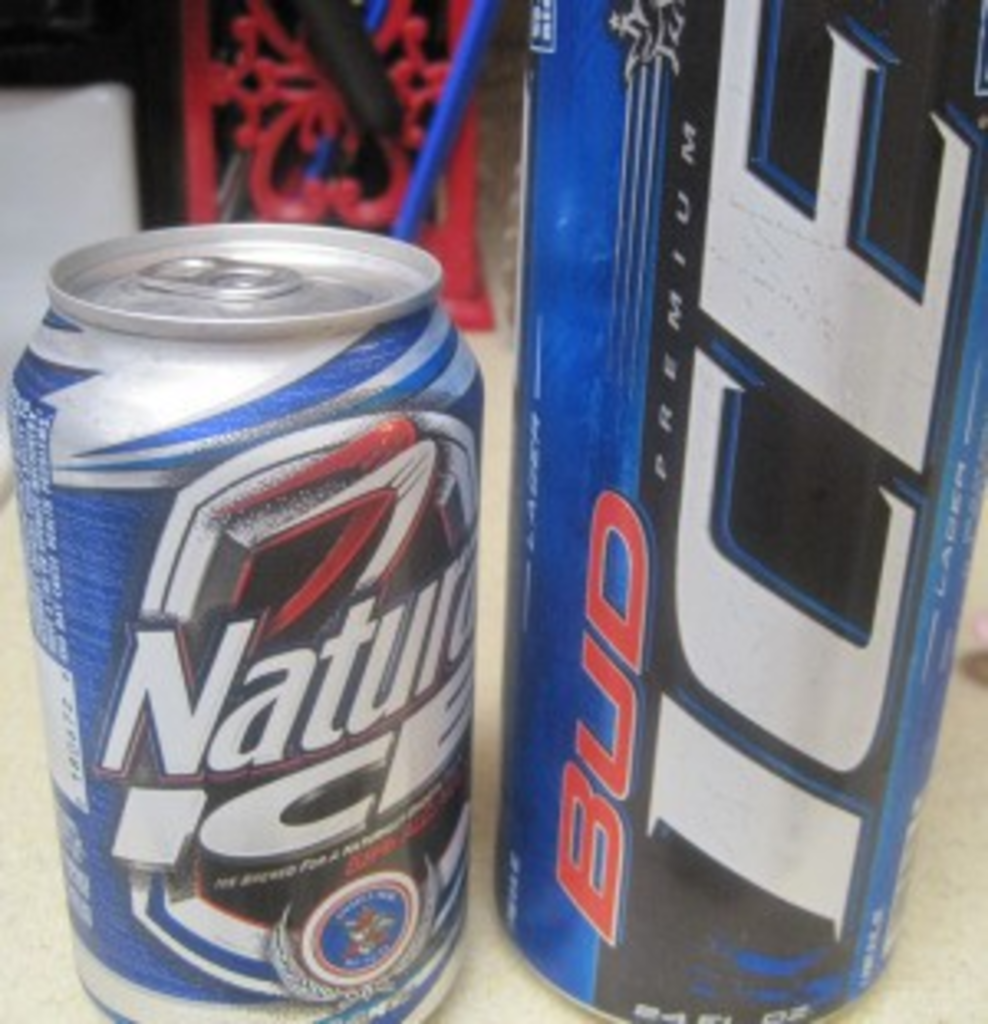 Ice beers have a sneaky place in the market. They are not malt liquor. They come in an astonishing array of can sizes. And it feels like they’re all made by Anheuser-Busch InBev.

Ice beer is stronger than the standard American lager and typically falls in the 5 to 6 percent alcohol-by-volume range. You won’t find ice beer on tap; instead, it’s probably the 24 oz. can in a cooler of ice by the cash register, tempting impulse buyers.

I’ve always been fascinated by how ice beer is made: The beer’s temperature is slowly reduced until ice crystals form but the entire beer is not frozen. Those ice crystals are then extracted, leaving a slightly more potent beer because some of the water has been removed. And yet I’ve never had an ice beer that didn’t seem watery.

Natural Ice was one of the first beers I ever drank (and swore off). It has been a decade since a can sat in my fridge and I figured it was time to see whether I was missing anything, if for no other reason than it’s nice to walk out of the liquor store with change. So that’s how a small suitcase of Natural Ice ended up in the vegetable crisper next to a 24 oz. can of Bud Ice. Crank Asher Roth’s “I Love College,” and let’s get to it.

At first pour I get a very specific memory: what a floor smells like in a fraternity house the morning after a party. I’d say we’re off to a banner start. The light yellow brew is metallic and grassy and hard to hold in my mouth. Sipping’s not really possible and gulping only seems to exacerbate the fact that there’s a reason I’ve avoided Natural Ice for a decade. I get through about half the can, which breaks my rule of finishing a whole beer before judging it.

There’s something about slamming down a 24-oz. Bud Ice on the counter at CVS that says “I’m drinking today” in a way that purchasing a six-pack never could. But at least I’m committed. The smell is milder than Natty Ice. It’s almost neutral and thankfully so is the flavor. While it also has a metallic tinge, Bud Ice doesn’t really have a dominant taste.

Before crowning a victor, I have to note the wide array of YouTube reviews dedicated to ice beers, ranging from the serious to the inexplicable. That said, Bud Ice is the easy standout. If it’s properly chilled it will mostly taste like water, which for an Ice Beer may be the strongest endorsement I can give.